Ohkay so, this was one of the most important episodes of Ye Dil Mera in terms of story & exposing of the truth. Each & every moment of this episode was engaging & gripping. All the reactions were realistically portrayed & some of the scenes were very emotional. The director definitely deserves points for giving all the characters equal treatment & enough screen time so that the viewers could understand what they were going through. It is safe to say that Ye Dil Mera has come to such a stage where every single episode is promising & has so much to offer.

The Shock of Their Lives

Ana decided to find out about some of the secrets that Amaan was keeping from her. Ana knew something was quite wrong & the way Amaan behaved with her, he had to have a solid reason to do so. Ana decided to do her part & what she stumbled upon was something she never in a million years had imagined. Ana saw the pictures of her & Meer Farooq Zaman. Just when Ana was trying to wrap her head around what was happening & why Amaan would do such a thing, she also got to see the wooden plaques commemorating Amaan’s family. That entire scene was done really well, especially when Amaan walked in & lit the candles. This was Amaan’s moment to let it all out & he did. He had to tell Ana that it was Meer Farooq Zaman; her father who had murdered his entire family.

Meer Farooq grew suspicious & knew he could find some clues. Yes, they had to take the story forward now that is why they showed that it didn’t ever occur to Meer Farooq or Ali Baksh to check Sahira’s phone before. It was now when they both grew a little impatient & desperate that they decided to look for answers & what they got to know was shocking for them. Sahira was in touch with Amaan & it didn’t take a second for Ali Baksh to tell Meer Farooq about all that he ever felt or suspected about Amaan. Meer Farooq’s dejected body language was enough to show that even he knew he was in hot waters & no matter what he’ll have to face his fears especially with Ana being in the picture. 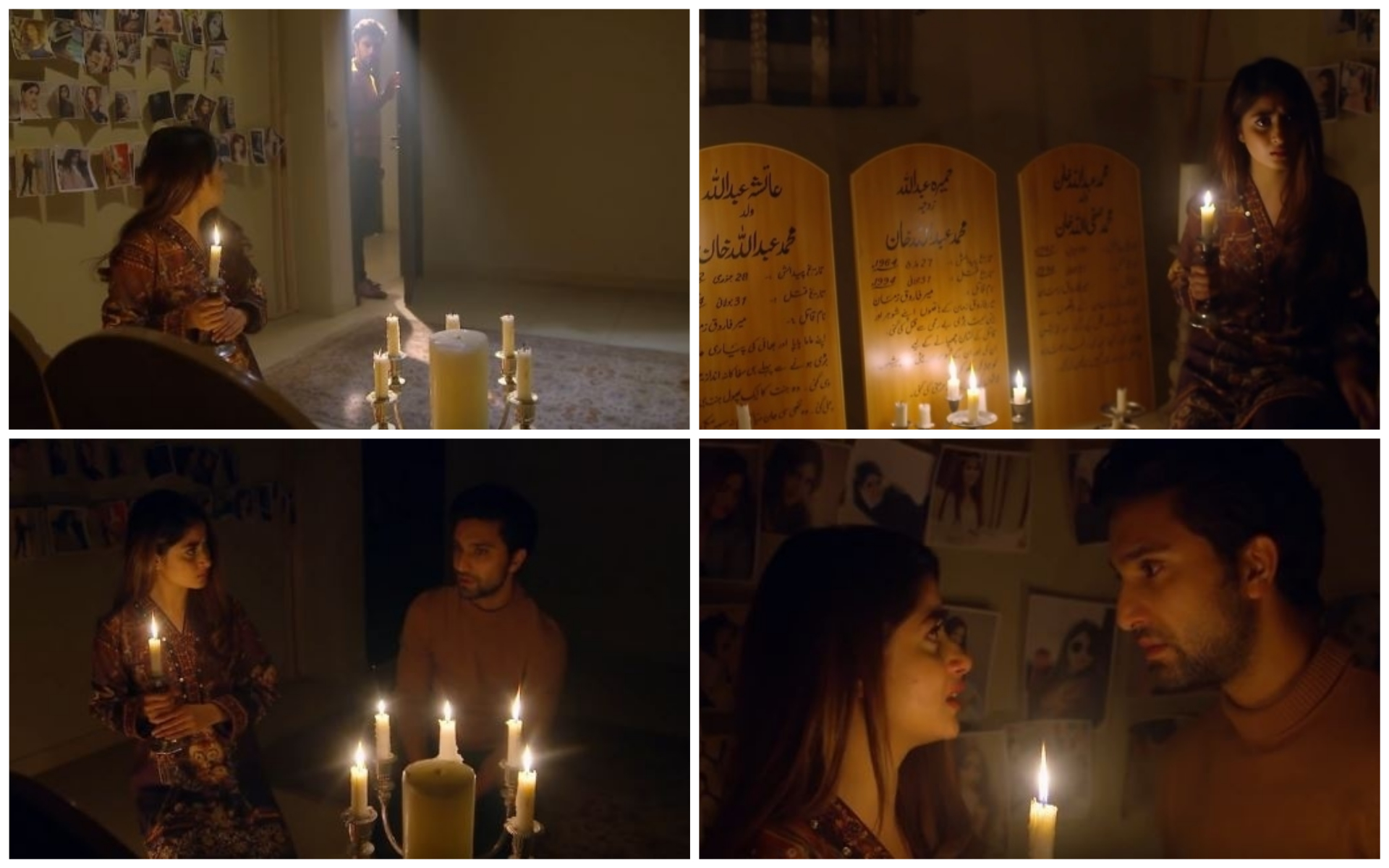 Meer Farooq decided to see Amaan & Ana, he thought just like all the people he has intimidated & harmed, Amaan will be the same too but what Meer Farooq witnessed was enough to shake him to the core. Amaan not only threatened him but showed him that he was not afraid of him at all. The confidence & faith that Amaan displayed in himself was what that actually rattled Meer Farooq because this was something that he wasn’t expecting at all. Ana chose to stay back & not go to her father’s place. All the things that Meer Farooq said to Ali Baksh after he came back from Amaan’s place were interesting. It was good to see him scattered & spaced out. It showed that this was the first time Meer Farooq was actually dealing with a situation which he didn’t have control of & this is what was making him nervous. Amaan has stepped on Meer Farooq’s Achilles Heel & even he knew it. Meer Farooq has always done everything to protect Ana & to fabricate such an image of himself in front of her which made her believe that he was the ideal father a girl could dream of. Now when Meer Farooq sensed the danger & knew that Ana was close to finding out the truth about her father, he couldn’t handle it well.

The dejection in Meer Farooq’s demeanor also showed that he was kind of trying to put two & two together & despite not wanting to, was being forced to think about all the people he had wronged all over these years. He was not paying much heed to it but there was a voice at the back of his head telling him that this was finally his undoing, especially now with his daughter being involved.

The entire scenario where Amaan threatened Meer Farooq was executed brilliantly, once again the change of attitude & body language that Amaan displayed was a treat to watch. He was in his element & he knew that this was probably the moment he had waited his entire life, therefore he could not show any nervousness to empower Meer Farooq or allow him into thinking that he stood a chance of defeating Amaan! 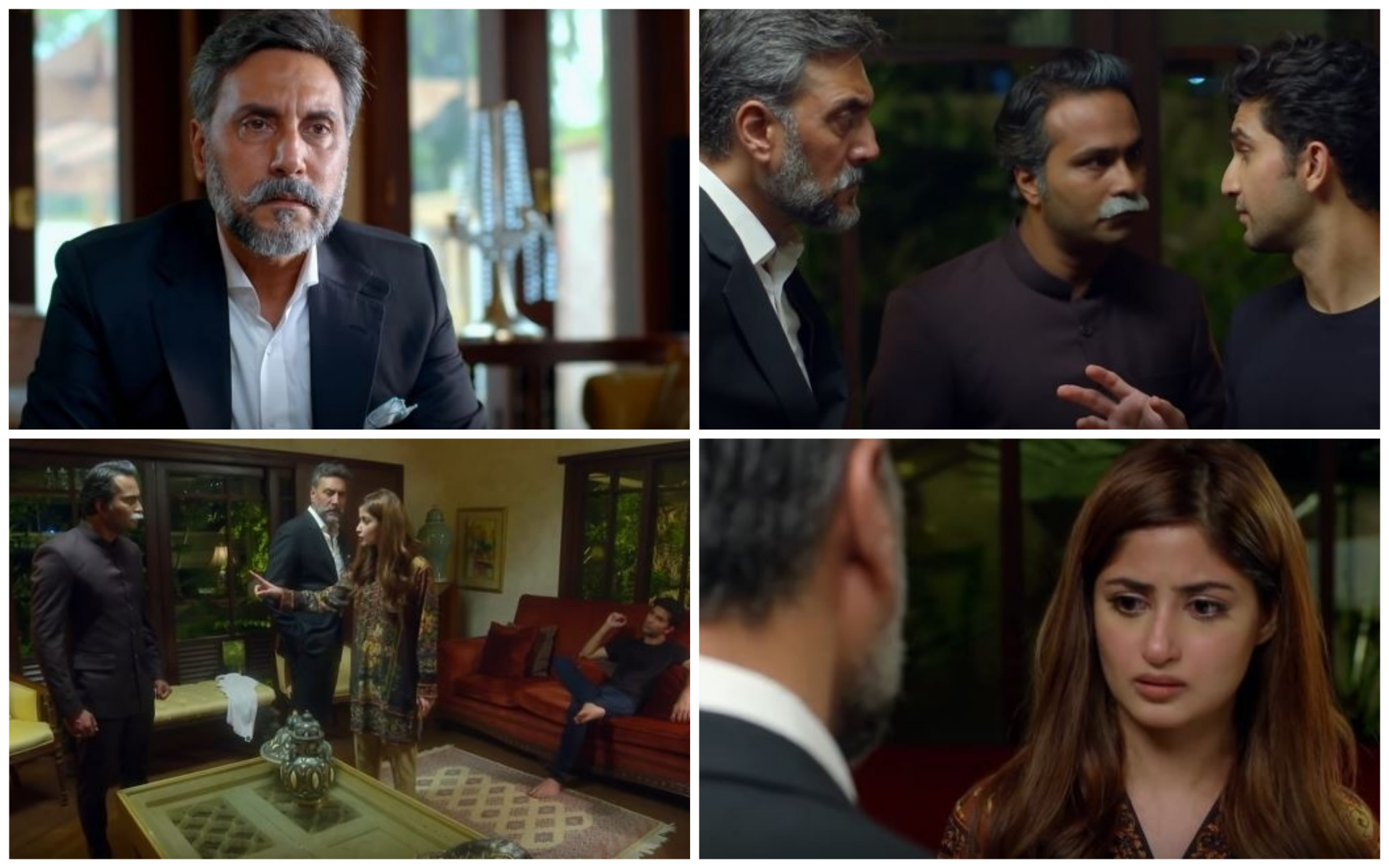 Ana’s reaction was justified. She chose to stay but not as Amaan’s wife but as Meer Farooq’s daughter. It was obviously impossible for her to believe any of what she heard from Amaan about her father. All the flashbacks brilliantly showed that Ana was doubting all the things that she ever heard from Amaan. She now knows that Amaan’s only motive in life is to harm Meer Farooq & make him pay for what he has done, therefore she was left with no choice than to believe that all the things Amaan ever said to her were nothing but white lies. This entire equation is also an important development where Amaan knows what he feels for Ana but right now, she is not in the right frame of mind to even give him a chance or believe that he actually loves her. I thought Amaan was going to feel relieved knowing that he was not alone & he will get that assurance after Ana’s decision of staying with her husband but that wasn’t the case. Amaan actually felt heartbroken that Ana was now maintaining a distance from him, although he did tell her that she was innocent & was not responsible for what Meer Farooq has done but he’ll have to move a mountain to make her believe that despite the hatred that he has in his heart for Ana’s father, he has a lot more of love in his heart for her, for his wife.

This episode of Ye Dil Mera was definitely very interesting. I loved seeing all of their reactions & it was a brilliant judgement on the director’s part where he chose to give them equal coverage. Although Ali Baksh was pretty much in the background but even he got a lot of margin to once again showcase his loyalty towards his boss. All the actors were brilliant in this episode as well but Sajal Aly & Ahad Raza Mir were beyond amazing, especially on the scene where Amaan teased Meer Farooq & faced him with confidence, the sass Ahad displayed was actually amusing & just perfect. At some points Adnan Siddique didn’t seem as convincing but in the few ending sequences, he picked up the right attitude of disbelief & restlessness which was needed to show the shock that Meer Farooq had just endured. Also, I must add, Sajal Aly looked absolutely stunning in the scene where she told her father that she couldn’t go with him, the hairstyle, the makeup & teary eyes made her look very beautiful. The next episode seems interesting but I think the one after this one will be even better. Please share your thoughts about this episode of Ye Dil Mera.