Ohkay so, this episode marked the ending of Ye Dil Mera. Although this episode was durated for 36 minutes, the recap took around 7 minutes, which showed that they did not have a lot of scenarios left to cover. The rest of the episode was also filled with all the flashbacks that the viewers had already seen in the 7 minute recap, therefore they could’ve easily been skipped. Anyhow, as this episode progressed, it was obvious that the drama makers wanted to shift an entire focus on Ana & Amaan, that too after all that they had been through which ended up looking justified. Ye Dil Mera got an open ending & in any case the viewers will be more than happy to imagine that one day, Ana will go back to Amaan & start afresh.

The last episode of Ye Dil Mera had some positives as well as some negatives. The biggest flaw definitely has to be the death of Meer Farooq Zaman, which he chose for himself? What about all those who were waiting for the justice to be served? This was definitely an easier option that the writer opted for & did not put an effort into showing him facing the court & getting exposed in front of everyone considering how he was a renowned businessman of the country. Meer Farooq Zaman continued to commit crimes in secrecy & got lucky enough to choose to die in secrecy as well? This is definitely not the end of his character that I agree with. 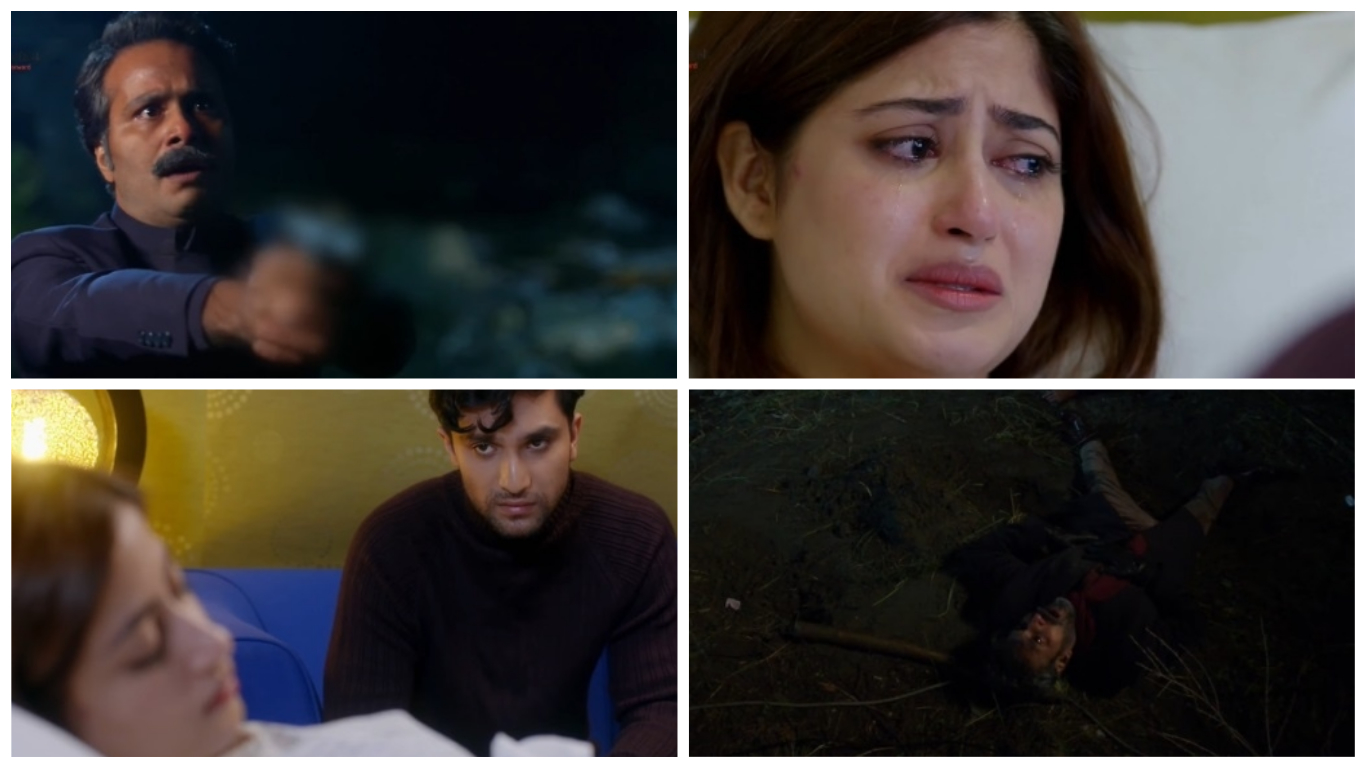 This is an unconvincing approach that our drama-makers usually have when it comes to dealing with such issues, where killing a character or showing him losing his sanity are the only & two easiest options that are practiced. It is understandable that for Meer Farooq Zaman, he died the moment he got exposed in front of his daughter but that does not do any favors to the lives that were destroyed because of his selfishness. Ali Baksh too got an easy death & did not have to worry about accountability. Yes, the drama-makers can argue that Meer Farooq Zaman in reality was a coward who did not have the courage to take responsibility for the crimes he had committed but I will definitely say that they could’ve set a good precedent by showing that coward or not, psychopath or not; he along with Ali Baksh got punished by the law because they deserved it!

The rest of the episode focused on a few scenes that were shot covering how Ana & Amaan moved on in their lives. Amaan realized that even though Meer Farooq Zaman was done with, he was unhappy because he could see how it had caused irreparable damage to Ana. To be honest, while watching this episode, I waited for Amaan to actually show it to Ana how sincere & eager he was but after she woke up, he was being his usual self; stern & distant, informing her of her father’s death coldly. That was definitely the time for him to show Ana his emotions to soften her heart towards him & more than him, it was Ana who deserved it after all that she went through. There was absolutely no one in Ana’s life who would now console her, so Amaan should’ve done that for her.

Ana’s decision of doing charity & building a school & hospital in Daryabagh came as a pleasant surprise, but what I really liked were the reasons which she explained to Nargis Bua. At least Ana does realize that her father had caused a lot of damage to a lot of people. I also feel she deserved to know about the ex-employee Humayun(?) as well as Sahira who were killed on Meer Farooq’s orders. 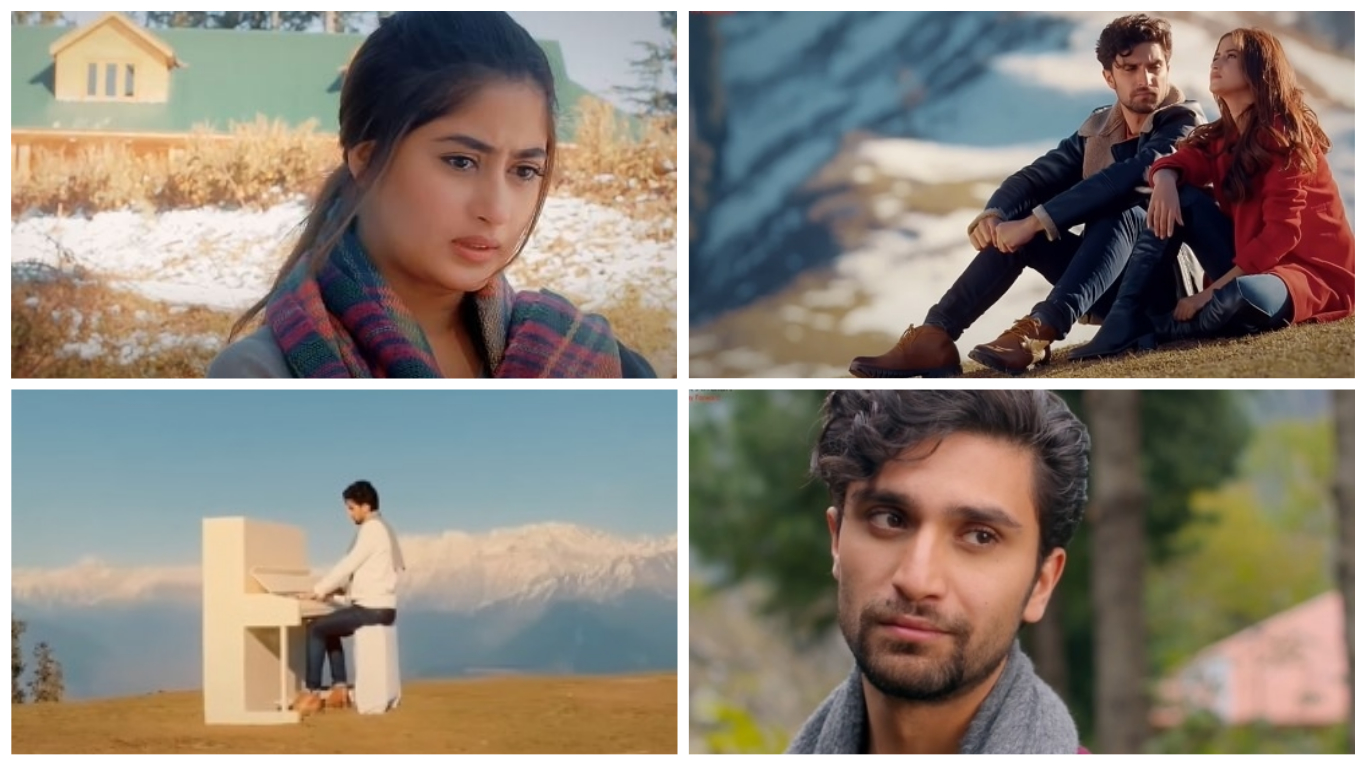 The scene of Ana & Amaan shot in Daryabagh was poorly executed. It was obvious that they had dubbed those dialogues & different shots were prolonged to compile it into a scene. These executional flaws & glitches have compromised heavily upon the quality of this drama & the impact it could’ve made. Anyways, Amaan continued to show his sincerity to Ana by repeatedly approaching her but Ana had a bigger picture in mind & Amaan at this point in time was not in it. She did however say that she will continue to cherish & value the relationship she has with her husband, which made it sound like Amaan still stood a chance.

The disclaimer in the end in the director’s voice made it look like Amaan was wrong in his pursuit of revenge, another thing which I do not agree with. Amaan never wanted to kill Meer Farooq Zaman, he never took law in his hands or did something absolutely out of the blue. Amaan always stayed in his limits & was dignified in approaching his enemy to bring him down. The drama makers did try to end it on a moral preaching that it is wrong when people try to intervene in destiny’s plan & end up losing everything because forgiving is always better than taking revenge. If this entire note is taken seriously, it will undermine Amaan’s PTSD, it will also make Amaan look like a culprit who could not forgive.

Amaan was totally justified in taking revenge because he never once wanted to murder Meer Farooq Zaman, all he ever wanted was for him to get exposed in front of the entire world as well as his daughter Ana, so that everyone would know who he truly is; a murderer & a criminal. This sort of disclaimer at the end of this story was absolutely not needed because it defeats the purpose of Amaan’s journey & the trauma that he went through after witnessing his family being brutally murdered in front of his eyes. Amaan on his own was right in feeling the void & emptiness but it was solely because Ana was not a part of his life anymore, not because he regretted avenging his family’s murder. They should’ve left it at that without giving it another angle such as forgiving is better than seeking revenge, which in this case was not because Amaan never contemplated killing Meer Farooq Zaman.

This episode had its good & not so good moments. The overall execution could have been better. The aerial shots at the end of the episode were nice. I was definitely looking for some Ana-Amaan moments, hoping they will come together, pick up the pieces & help each other in moving past this nightmare but that was put on hold for some other day. The open ending is definitely not an issue here but the two things that made the ending unsatisfactory are the death of Meer Farooq Zaman & disclaimer about Amaan being wrong in his approach.

Ahad Raza Mir & Sajal Aly should be very proud of themselves for giving such phenomenal performances in Ye Dil Mera. They definitely were the saving grace of this drama. Ahad Raza Mir especially was in his element throughout & gave Amaanullah’s character a very convincing treatment, especially his minute expressions & sudden change of mood throughout was a wholesome journey to witness in itself. Sajal Aly is a finest actor of Pakistani drama industry. The acting she displayed in the previous two episodes left everyone in an awe of her talent. The casting directors were lucky to have Ahad & Sajal on board for this project because if it wasn’t for them, Ye Dil Mera wouldn’t have been what it is.

Farhat Ishtiyaq did her best but a lot of things could’ve been skipped & added to make this drama even better. Ahsan Talish is an intelligent director but it is too obvious that execution of this drama was not as good as it should’ve been. Different storyline definitely played a huge part in its popularity. Adnan Siddique, Mira Sethi, Zarnish Khan & Paras Masroor also played their part really well & supported the best way they could. Naima Khan was good as Nargis Bua as well. I will thank all the lovely readers for keeping the discussions on Ye Dil Mera’s thread alive, it was always a pleasure discussing every minute detail of this drama with you guys. Please share your thoughts about the last episode of Ye Dil Mera.