Kashf Episode 1 to 5 – An Overview

Ohkay so, Kashf has been produced by MD Productions, directed by Danish Nawaz & written by Imran Nazeer. The writer Imran Nazeer is known for always touching upon the topics which are hardly discussed & dramatized. The elements that set the scripts of Imran Nazeer apart are the inclination towards spirituality while also exploring the mystery and mysticism that come along. All these when gelled together form a very unique storyline which hit home for the audience & intrigue them. Kashf is a melodrama and it needed a director with a vision to take it further, therefore in that aspect Danish Nawaz has not disappointed. Every step of the way, the viewers get to see what a huge difference it makes when an experienced director takes up a script & does justice to the essence of the script.

The story of this drama is about Kashf (Hira Mani). Kashf belongs to a humble household. Her family consists of a grandmother (Samina Ahmed), father Imtiyaz (Waseem Abbas), mother Dilshad (Munazzah Arif) and two sisters Irum (Tania Hussain) & Zoya (Sabeena Farooq). Kashf also has an aunt Ashi (Hajra Khan), who along with her mother is not only her friend but a confidant. Ashi was married to Matiullah (Saleem Mairaj) but after suffering domestic violence and abuse, she got divorced and decided to become financially self-sufficient because she knew that in order to survive in her brother’s house, she had to fend for herself. 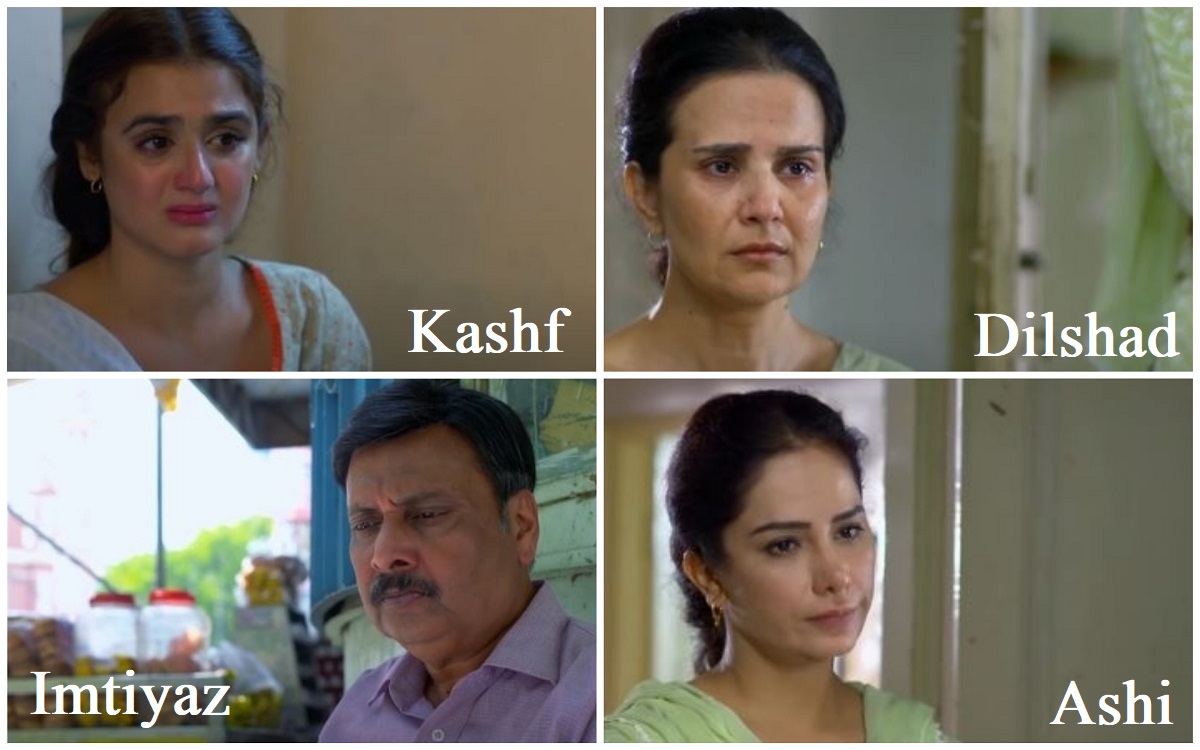 The other family is of Kashf’s fiance Wajdan (Junaid Khan). Wajdan is the first paternal cousin of Kashf and his father Fayyaz (Shehryaar Zaidi) happens to be Imtiyaz’s elder brother. His wife is Rashida (Lubna Aslam) & they also have a daughter Shumaila (Maryam Noor). 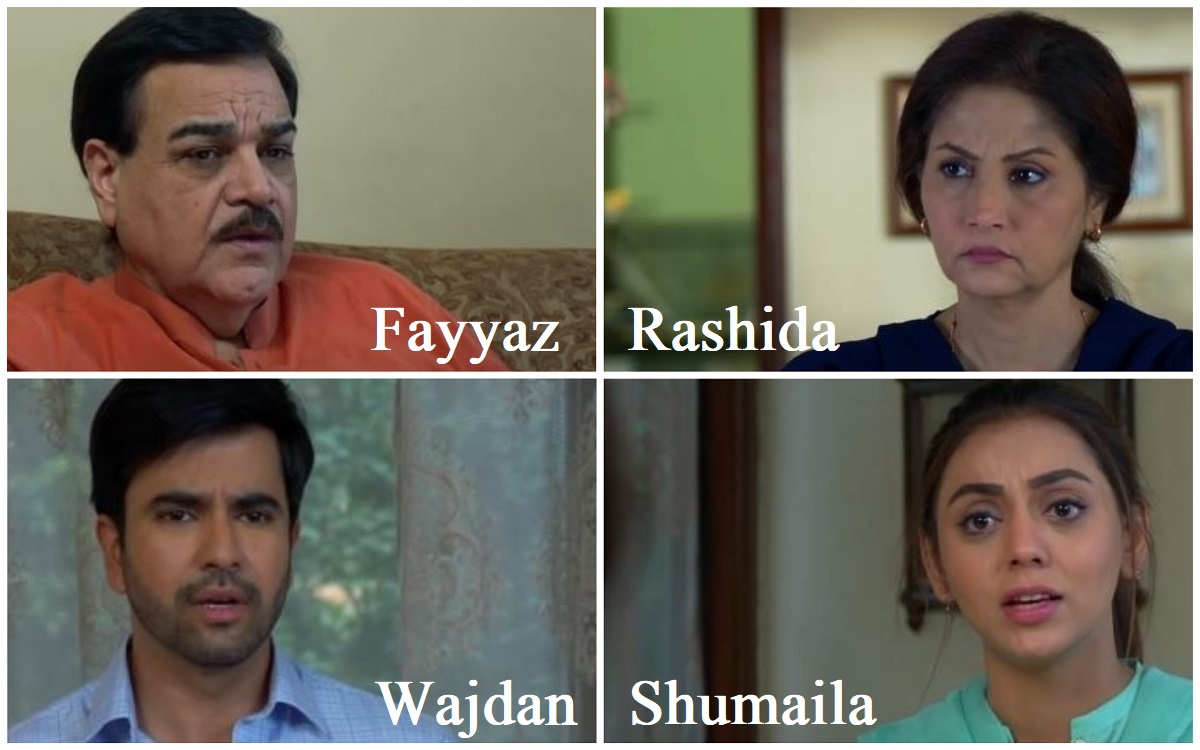 Kashf has always seen the dreams that she saw eventually turning into reality. It used to be something that her family never took seriously but over the period of time, all the dreams that Kashf shared with her family started to unfold in real life, which then made everyone realize that this is not something to be ignored or taken lightly. Kashf never knew that the dreams that she sees are going to affect her life personally & there would be so much meaning to each one of her dreams that despite not wanting to, she will have to believe each & every vision that she dreams.

The life that Kashf dreamt of was nothing in comparison to how her reality is unraveling to be. She is engaged to her cousin Wajdan and just wanted to lead a normal life with him but now, that seems beyond impossible for her. Kashf has understood that it won’t be so easy for her to get married, however Wajdan remains persistent that he is going to do what it takes to stay true to the promise he has made to her.

Kashf’s mother Dilshad & aunt Ashi are her support system. They understand her ordeals & realize that Kashf can not deal with everything on her own, therefore they have to be there for her. Ashi has seen the bitter side of the world, her marriage didn’t last & the relationship she shared with her husband was abusive & horrifying. Her ex-husband Matiullah still keeps tabs on Ashi’s entire family & he is one of those hypocrites who have fabricated an image of himself in front of the world but the only person who knows his reality is his ex-wife. 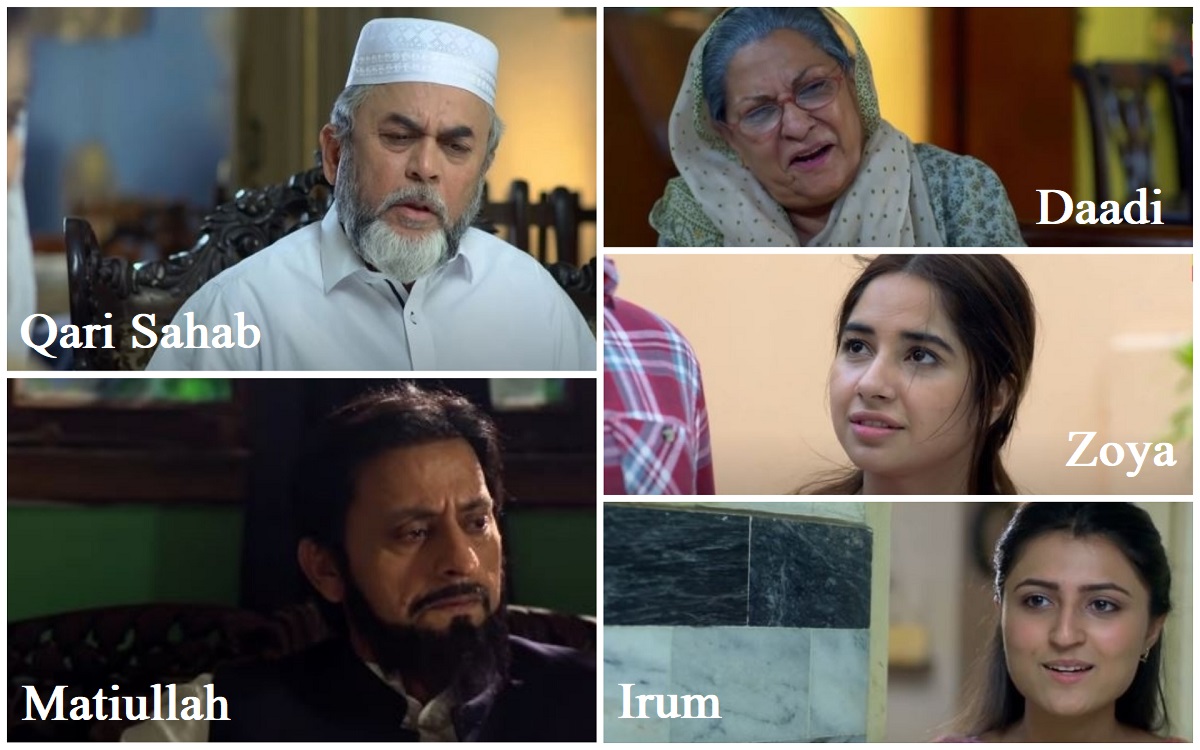 The turning point in Kashf life happens to be the dream that she sees about Wajdan’s sister Shumaila not getting married & when that turns out to be true, everyone assumes it must’ve been a coincidence but it gives Wajdan’s mother Rashida an excuse to call this engagement off because right from the beginning, she doesn’t approve of Kashf as her daughter in law.

Kashf’s father is someone who runs away from his responsibilities, this is the reason, the women of the house tend to do everything to facilitate themselves & because of his ego, he still believes he is the decision maker of the family. A conservative father who is only concerned about making money from every shortcut he can think of.

Ashi & Dilshad have started accompanying Kashf to her visits to Qari Sahab. He is the one who puts her heart at ease & advises her not to share her dreams because he can see that this reality of hers is only bringing misery her way. Everyone eventually believes Kashf when she ends up sharing yet another dream related to her mother’s sister Surraya Khala that she is going to face an accident. Surraya khala decides to postpone her trip to London & that’s when she gets to know that the plane she was supposed to travel in crashed. Surraya lets the word out & now people have started to speculate & make assumptions about Kashf.

Wajdan on the other hand takes a different route, which he deems right. It shows that at least for now, he is ready to do what it takes to make Kashf believe that he will stay by her side. Wajdan takes her to the psychiatrist because he wants some sort of clarity but even that session doesn’t turn out to be fruitful because what Kashf is facing falls out of the realm of medical science. However, it shows Wajdan’s support, his eagerness as well as the love that he has for Kashf but so far, he is unaware of the dream that Kashf has seen about their fate.

Danish Nawaz in his previous drama Khass proved what a diligent & mature director he is. Therefore it was imperative that he’d give Kashf the exact treatment to extract as much essence of the story as possible. The drama despite having a melodramatic feel immediately drew my attention & the way all the characters & their stories were introduced made it even interesting. The script of Kashf is definitely new & the dialogues of the drama are carefully worded. All the dream sequences have been shot beautifully & give away just the right amount of information. Considering the fact that they are the focal point of this entire drama, they have been executed to perfection & not only draw the attention but also compel the viewers to think about what’s coming ahead in Kashf’s life.

Kashf’s journey is going to be a rollercoaster ride of emotions & the way everything is panning out, it has allowed the viewers to connect to these characters very easily. You feel for Ashi, Dilshad & Kashf everytime they put on a brave face but are breaking from the inside. It shows that these women have accepted their reality but still have not given up on hope. Kashf is scared as well as scarred because she does not see herself in the position that she has foreseen for herself, but is now coming to terms with it. The best scene so far for me was the conversation that Kashf & Qari Sahab had, where he told her exactly why she was special & what was in her that made her suitable for what she has been blessed with. Kashf has humility, humbleness & a clean heart. She does not hold grudges, believes in forgiving & giving benefit of doubt. Kashf, like an ordinary human being that she is only focuses on her faults but is then reminded that she can not see the niceness that others around her see in her.

So far 5 episodes of Kashf have gone on-air & each one of them has been carefully executed. They are not giving away too much but have shown enough for the viewers to speculate & also come up with their predictions related to Kashf’s journey. It is obvious that marriage is not on cards & she will become a source of income for her family; it will be her father Imtiyaz who will put her on such a pedestal & being a dutiful daughter that she is, she will oblige. Maybe over the period of time, Kashf will find herself all alone doing the heavy lifting because everyone will eventually get involved in their lives, with no one there to share her emotional burdens & help her through her struggles.

Hira Mani has given one of the strongest performances of her career in Kashf so far & with the kind of acting that she is doing, it is obvious that it’s only going to get better. Hira Mani is a gifted performer & she is a perfect choice for this role because the way she has adapted to this character makes it look like it was written for her. Waseem Abbas’s performance is another one of my favorites. I like his comic timing in the drama & it is always enjoyable seeing his mean tactics. Munnazah Arif & Hajra Khan have also given their absolute best & it’s good to see Hajra Khan playing such a strong character in this drama. The story & all the characters of Kashf are quite substantial & this is the reason why in such a short span of time, this drama has created quite a hype. If you have not watched Kashf & are on the fence about it, I will definitely recommend this drama because you will not be disappointed. The weekly reviews will begin right after this week’s episode. Please share your thoughts about the initial episodes of Kashf that have gone on-air so far.