Tonight’s episode of Aakhir Kab Tak was an important and satisfying one. Some of the characters that have been suffering for so long have finally come into their own. I was skeptical about watching this drama because quite a few dramas in the recent past used serious issues to gain TRPs. However, watching Aakhir Kab Tak so far has been a pleasantly surprising experience. The script and its execution have been on point throughout these 14 weeks.

Even though there are so many new dramas on air nowadays but I chose to review Aakhir Kab Tak because of its solid storyline and realistic portrayals throughout. Some of the situations and characters might not be brand new but their role in the drama has been shown more effectively than in many other dramas. The highlight of Aakhir Kab Tak has to be those characters that break stereotypes convincingly, one step at a time! Noor’s character has definitely been a breath of fresh air throughout and even Fajar’s vulnerabilities and weaknesses have been used to put forward a much-needed message. Ushna Shah and Srha Asghar have been outstanding in their respective roles. Saim’s character is another reason why this drama has been on my must-watch list. I do feel however that some other actor should have been chosen to play the role since Haroon Shahid has played such characters repeatedly and somehow he does not add that extra spark to such characters. He simply translates what is written in the script on screen and I feel that sometimes such characters need so much more than that. Having said that, Saim is, of course, an extremely likable character. If he had more of a screen presence, this character would have been far more popular right now.

It is also good to see Adeel Hussain performing with the same confidence which was his forte when he worked on his earlier projects. Every character in Aakhir Kab Tak has a story and it keeps your interest alive. The pace of the drama has been steady as well; there have been no filler episodes so far. Javeria Abbasi’s performance has been on point but her overall look never went well with the role she is playing. I can’t wait to see Rihana getting a taste of her own medicine but at the same time, I can’t help but applaud Erum Akhtar for a phenomenal performance. She always makes her presence felt. Last but not the least, Farida Begum (Gul-e-Rana) never ceases to amuse with her antics without undermining the reason for her presence in the show. I am totally invested in everyone’s journey and all these characters continue to grow as each episode goes forward. The only recent development in the story that has disappointed me are the saas-bahu issues in Saim’s house. Saim’s mother has turned into a typical overprotective mother who is looking out for the interest of her son even though he wants to be left alone. 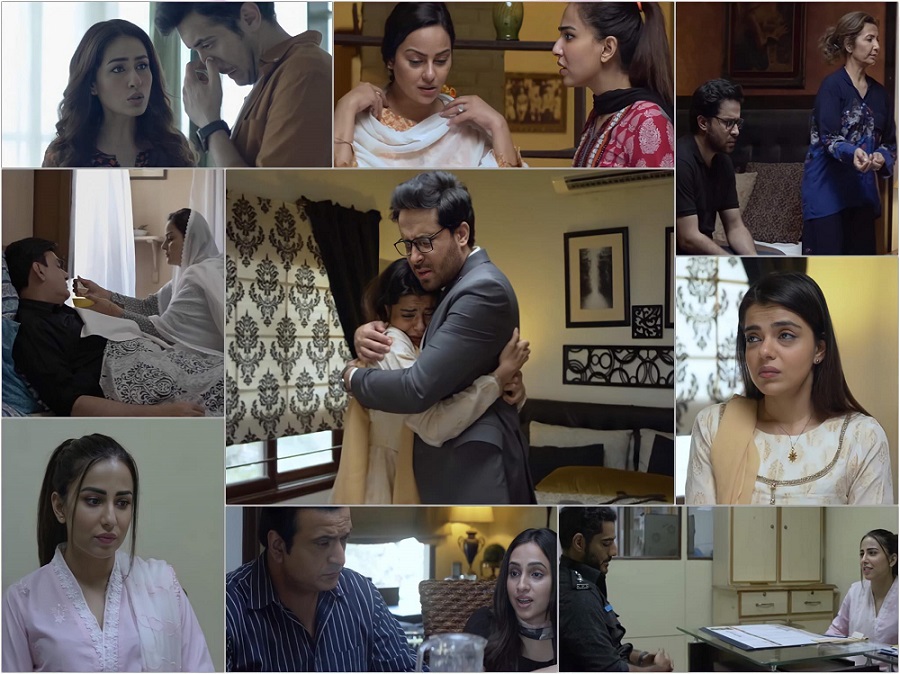 This recent episode had so many heart-warming and gratifying scenes to its credit. From Saim and Fajar’s feelings for each other to Safia finally speaking up; everything was executed brilliantly. Tonight’s episode of Aakhir Kab Tak opened with Noor giving her mother yet another much-needed lecture on self-esteem and on putting herself first for a change. Safia’s initial reaction was the same as before but the negation wasn’t as intense as it was previously. She has been shown gradually losing her calm in the past too. It has always been difficult for her to listen to her mother-in-law’s never-ending demeaning remarks therefore ultimately when she decided to give her a piece of her mind, it was convincing as well as satisfying. Noor has to be the reason why her mother finally decided to change her ways. And of course, the treatment that she was being given was getting too much to bear especially when she also had the support of her daughter now. Safia is the perfect representation of so many homemakers who have innumerable duties and no rights!

Saim felt guilty after finding out that his mother had talked to Fajar’s mother. He has always been there for his wife but this time around, he did not fulfill his duties as a husband. It is pretty clear by now that he takes these duties very seriously! Saim’s mother raised a gentleman but now she wants to take control because she thinks that he has been ‘wronged’. However, it was so good to watch Saim stand his ground despite all the pressure and opposition from his mother. That scene showing how he leaves for the office and Fajar holds on to his shirt for comfort and support was the best! It is absolutely refreshing watching a leading man with a conscience. His care and concern for his wife are being shown as something which is ‘normal’, he is not being presented as someone with extraordinary qualities which sends out a really strong message. It is almost as if God has made up for all of Fajar’s misfortunes by blessing him with a life partner such as Saim.

Even though Fajar is clearly in love with her husband and trusts him, the hug tonight was the first time that she was comfortable getting physically close to him. The way she held on to him was similar to the way she has been holding on to her mother and sister’s duppata for support. The writer has used such symbols and gestures to show different sides of this character’s personality especially because she is not too expressive otherwise. This was such an intelligent way to show that Saim had finally earned her trust. Srha Asghar is beyond amazing as a girl who finds it extremely difficult to express herself. Fajar’s social anxiety and lack of confidence couldn’t have been translated on screen more remarkably. I hope that Saim’s reaction when he finds out the truth about Fajar’s past is also covered in a way that sends out a positive message.

Saim’s mother’s character has taken a turn for the worse but it still makes sense. She has an ‘explanation’ for her behavior and she feels she is simply looking out for her son. However, I really hope that Saim figures a way out and this saas-bahu track is not given a lot of screen time. Bassam has learned to cheat his parents from them! This would be the perfect retribution for them. This family is a true depiction of how not to raise your children! These children have constantly been part of all the plotting and planning that went into ensuring that Noor and Fajar were dominated by them. Also, Bassam’s mother in particular always covered up for him therefore it does not come as a surprise that he turned out to be this way. Even though we have seen this track so many times in dramas but I always find it highly relatable and I feel that this is a message that needs to be repeated since there are so many children out there who turn into criminals because their parents cover up their wrongdoings.

Bassam and Noor’s meeting yet again showed how Noor knew how to put him in his place. It has always been especially satisfying watching Noor tell him off repeatedly even when she was not this independent and had no one’s support. Noor finally warmed up to Nasir tonight. She is intelligent enough to know that he is interested in him and for the first time she thought he was worthy of her company. I am glad that Noor took her time and she did so in such an interesting manner. Noor and Nasir’s interactions have been cute and amusing at the same time. Nasir’s brother had already warned him therefore he was always really cautious while showing his ‘concern’ for Noor. Nasir has told Noor many lies and has a shady side to his personality as well. I am waiting to find out more about him. Ushna Shah and Adeel Hussain’s on-screen chemistry and their well-rounded characters make their scenes a treat to watch. Nasir is also not being honest with Noor so it remains to be seen how she will react when she finds out the truth!

Aakhir Kab Tak is a must-watch for all those viewers who want to watch a drama that offers quality and meaningful entertainment. After playing a bold and vocal character in Pyar Ke Sadqay, Srha Asghar excels in playing a completely different role in this drama. Ushna Shah makes Noor even more likable and all the supporting actors are equally impressive. Although ‘adhoori hu mei’ always annoyed me but when I heard the OST I realized that this adhoorapan was due to years of neglect as well as rejection and not because of the assault. This was another exciting and uplifting episode of a drama that never fails to impress.

Are you watching Aakhir Kab Tak? Share your views about it. And if you are not watching it, tune into it right now  ;)