Drama serial Aangan ended without any fanfare which surely is ironic considering how hyped up this show was before it aired. It was a classical example of perfect marketing but complete lack of substance. This drama also proved that no amount of star power can make up for a dodgy script and sloppy execution. Aangan’s last few episodes were relatively better and gave hope that it might end on a decent note but the ending was just as abrupt and disappointing as this drama as a whole. Out of these 27 episodes, only 6 of them were actually worth watching. The rest of the drama right from the get-go was unimpressive and shallow to say the least.

Alia’s character always kept the viewers guessing – she went from being the girl who would never fall in love to falling for the most unappealing character(s) in the play. Alia’s love for Jamil was always hard to digest but tonight watching her ‘feel for’ Safdar and actually considering his ‘indecent proposal’ was the final nail in the coffin. The ridiculous manner in which Safdar proposed to her and the way Alia reacted (yes I am talking about those expressions and that body language) was just plain nonsensical. I thought I had seen the worse but this development was outrageous. Later on, just like the doctor, when Safdar tried to impress Alia’s mother with money, she backed off immediately. I am guessing that Alia hates the mention of these materialistic things because her mother always held these things so dear but couldn’t this aspect of her personality be shown in a more sensible manner? Three men proposed to and showed interest in Alia but her refusal of all these proposals made absolutely no sense and did not reveal anything substantial about her character. After watching this entire drama, even now, Alia’s character is a mystery and definitely not one I want to know more about since this character was just as poorly etched-out as all the other characters. Alia could have been shown as the ‘beta’ she wanted to become but her claims of being empowered were hardly ever backed by any substance which kept the viewers guessing right till the end. 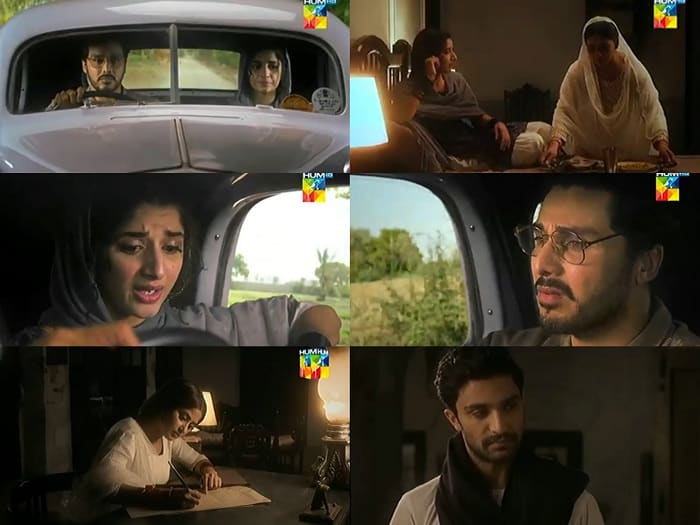 Chammi and Jamil’s ending was equally unconvincing. Chammi and Jamil also kept the viewers guessing, which would have been okay if these characters got a proper ending in this last episode. Chammi did not ask for an explanation, everything happened too quickly, yet this was somehow supposed to be a happy ending. There was a time when it seemed like Chammi was over Jamil and right till the last episode it appeared to be that Jamil was still in love with Alia. Jamil and Chammi’s union didn’t make me happy even though I wanted to see Chammi happy in the end. Their happy moments should have been given more screen time. The physical closeness between the actors always suggested that this attraction was more physical. The romantic tracks in particular were handled so poorly throughout.

Aangan had to be one of the most meaningless dramas this year and the way it ended basically showed that even the makers had no clue what they wanted from this ending. Even the best of dramas sometimes don’t have good endings but sometimes a good, logical ending can make up for a weak storyline overall. That was most certainly not the case with Aangan. HUM obviously thought that investing in star power would ensure viewership and perhaps get them appreciation as well but viewers are not fools. Even if I had watched Aangan with absolutely no expectations, it would have been impossible to continue watching it. 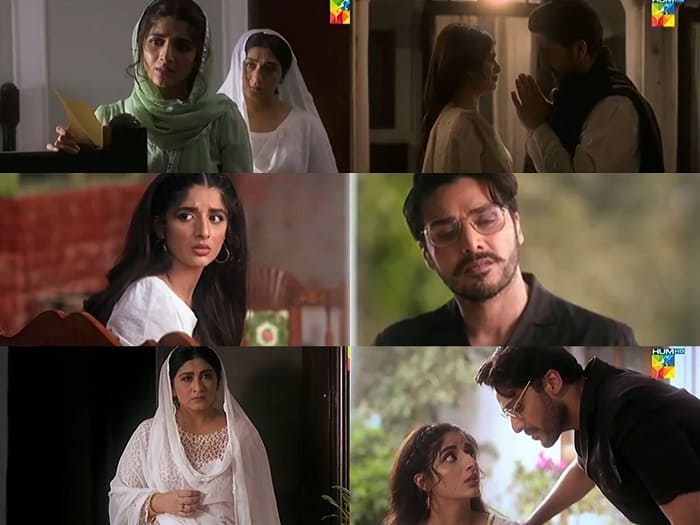 The way these women kept on calling their ‘love interests’ bhais right till the end was the most funny part of this drama. Even in the end Alia called Safdar ‘bhaiya’ yet again even though few seconds back she was more than willing to marry him.

Sajal Aly is a brilliant actress with a definite screen presence, she made Aangan bearable because of her beautiful portrayal. Ahad Raza Mir also gave this character his best although Jamil’s character didn’t have much going for it. I have no reason to praise Alia’s character especially after watching this episode but I must say that I really liked Mawra Hocane’s performance overall. Waiting to see these three actors in particular in a quality drama.

Aangan had to be the biggest disappointments of this year primarily because of the fact that there were so many expectations from it. It was an ill-conceived project and a waste of good star power.

Do share your views about this last episode of Aangan.