This week’s episode had me hooked throughout. The episode was a mixture of romance, drama and suspense. It did not drag for a change, and we FINALLY got to see some quality scenes between Aaliyan and Qudsiya. I must say that their chemistry is way better than I could have ever imagined. In the past episodes, we had gotten a glimpse of it but the full dose of romance took my breath away.

The episode started off with Qudsiya’s humiliation which seriously made me cringe. The poor girl got insulted and slapped in front of so many people; I seriously felt bad for her. First Sultan insulted her as he thought that she had come with a new agenda on her mind, and then Natasha crossed her limits and slapped her in front of everybody. Unfortunately, Shahnawaz also witnessed Natasha abusing Qudsiya which was even more humiliating for Qudsiya. 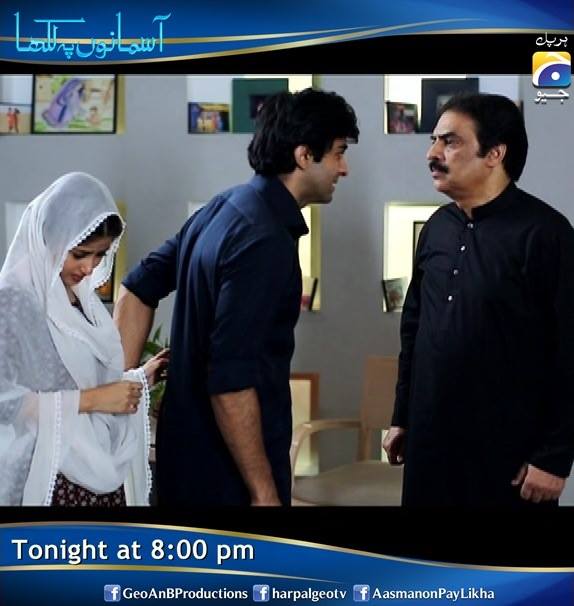 But on the bright side, we got to see Aaliyan accepting Qudsiya as his wife for the first time in front of his family. He stood up to his father when he insulted Qudsiya, and openly declared that she is his wife and his responsibility. He did not care about anyone’s reaction and did not stop when Natasha tried to stop him from going after her. He immediately went to Shahnawaz’s house to convince Qudsiya to come back to him. He admitted his mistake and declared that he considers Qudsiya as his wife now. Qudsiya was truly surprised and a tad bit shocked after seeing the sudden change in Aaliyan. 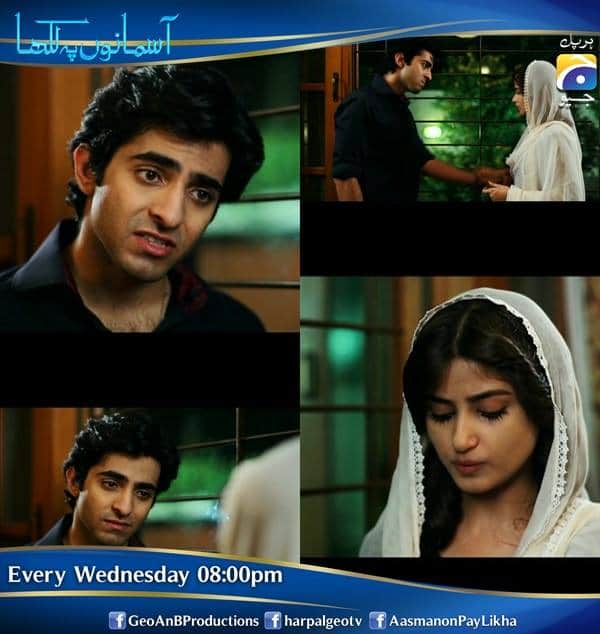 After being through so much, it was natural for Qudsiya to be upset with him. Her self respect had been bruised beyond repair as she had suffered enough humiliation to last a lifetime. She was not ready to go back with him and demanded a divorce at first, but Aaliyan refused to back off at any cost. He was determined to have her back in his life and gave her the assurance that she will get all the respect that she deserves in his house. I am glad that they had this conversation because Qudsiya had to get all the hurt out of her system by showing anger towards Aaliyan. She could truly forgive him only if she does not hold any grudges against him. 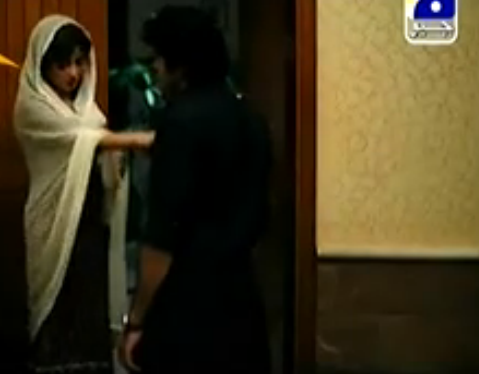 The best part of the episode was the unexpected romance between the two. For the first time both were vocal about their feelings for each other. A bold Aaliyan and a blushing Qudsiya looked adorable together. I loved how they cutely fought and then said some really cheesy dialogues. Aaliyan, for the first time, told Qudsiya that he loved her. I must admit that the confession was quite unexpected! The scene was so perfect that I barely blinked while watching this scene. I am sure all of you must have a huge grin on your faces while watching this scene (I did!).

Although Aaliyan and Qudsiya had patched up, and Aaliyan had promised her that he would come to pick her up the next day, Qudsiya still did not keep her hopes high. She was scared to get hurt all over again and decided to go back to her mother’s house instead. 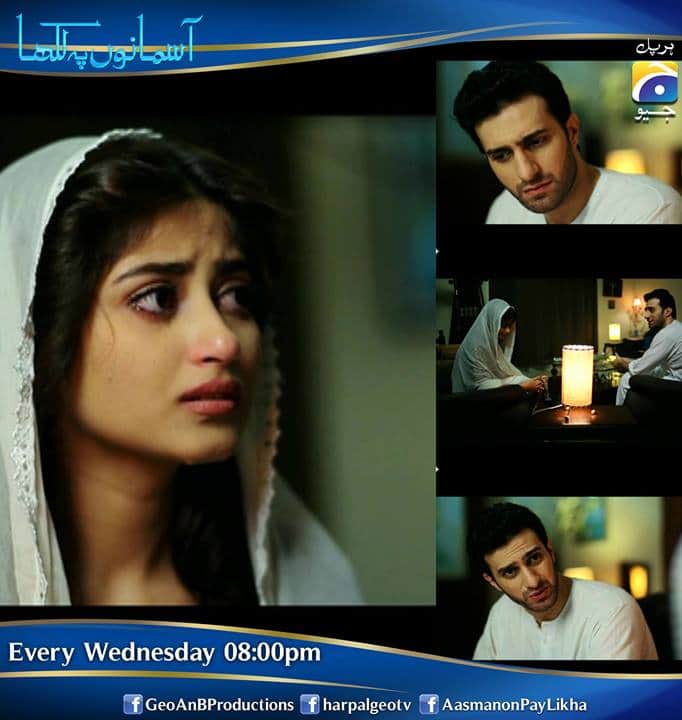 Another shocking revelation was that Shahnawaz had fallen for Qudsiya. He got the shock of his life when she revealed that Aaliyan was her husband; the poor guy did not know how to react to this news. I always thought that Shahnawaz wanted to marry Qudsiya because of Aaina, but it was revealed that he had feelings for her and he even told her indirectly about his feelings. He gave her an option that if things did not work out between her and Aaliyan, then he would always be there to support her. It was obvious that Qudsiya was not comfortable about this topic and she would not ever consider this option.

I have high expectations from the last episode. Judging from the recent promo, it seems like we will get a fair dose of Aaliyan and Qudsiya. I have also heard that the last episode would be of two hours (not confirmed though).