First of all, this review has been delayed due to extremely adverse weather conditions and communication disruption in this part of the world.

Coming to the third episode, the story line and plot was very realistic  and very relatable, but the acting and screen play left a lot to be desired. Malika Zafar starts the story by acknowledging that it is not as bad as the atrocities suffered by Yasmeen and Gulmeena. However, that was an understatement since even though her problems were not as basic as being asked to sell her body for food in the house or her child being snatched, they were nonetheless equally painful. To live in a psychologically and emotionally abusive environment is very very hard and it takes a lot out of the woman. I did not find her problems to be any less, they were very much real and very troublesome, but the acting was not at par with the others in the play. The male actor who I’m seeing for the first time had a slight twitch on talking, which was probably part of his role but was not very pleasing to the eye, nor was his dialogue delivery. 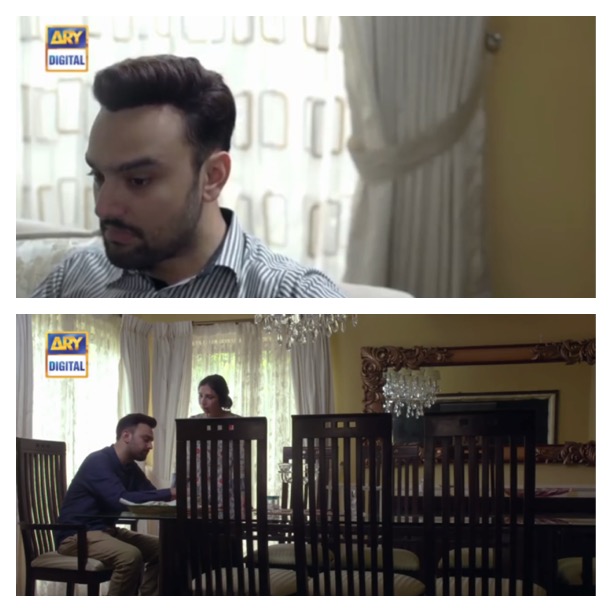 It was shown that Farzana had been so blind in love that she ended up with a man like Sajjad who was not only abusive, but had a major personality disorder. She tried her hardest to tolerate his attitude but there was a breaking point at which she just left with her infant daughter.From getting insulted in front of their guests, to being a victim of constant criticism as a pregnant women and ultimately being character shamed, Farzana put up with more than her fair share in the doomed marriage. This is a very genuinely observed plot because such marriages are very common in our society where the wife has to bear so many social, emotional and psychological scars over the course of their relationships that it reduces perfectly reasonable, educated and talented women to psychotic wives, barely getting on with the business of living and raising kids and frequently on anti depressants.

Farzana’s mother in law was supportive and understanding of her situation and had a realistic view of her son’s shortcomings. Seeing her getting support from her inlaws was the best part of the play. Her mother in law behaves as a woman first and a saas afterward which was probably one of the factors that Farzana did not blame herself for Sajjad’s behaviors, but rather sought out a solution for her and her daughter’s well being. When the inlaws join in the emotional abuse, while being fully aware of their son’s flaws, is where the women usually suffer extreme low self esteem and indecision and keep on questioning their own worth. Luckily that was not the case with Farzana.

When they become first time parents in the play, Sajjad finds a new reason to torture his wife and criticises her on every aspect of mothering. He even insults her parents by calling their gifts cheap and fit for charity only. This is also very realistic of emotional abuse that the husband usually wants to cut off his wife from all her relations and well wishers.  It is the insecurity that makes him want to hurt her where it is most sensitive, since parents and their gifts are a raw nerve for almost every married woman, no matter what the resources are. 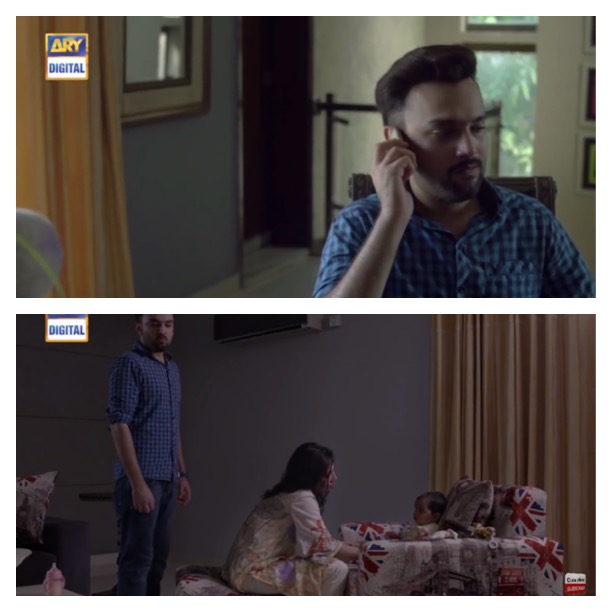 Lastly, Sajjad even starts doubting her character and calls her an irresponsible mother and indifferent wife because she works out to spend time with male colleagues, as he puts it. One day, as he was degrading her in his usual way, Farzana loses her cool and answers him back. She gives him a very realistic answer that he should be thankful of her that she is still living with him if he thinks she is out of the house to meet men. Ofcourse, this becomes unbearable for a narcissist like him and he drags her inside, leaving the baby scared and crying at this sudden display of violence.

I think there is more to Farzana’s story that will be disclosed in the next episode. Stay tuned and share your views about this episode.