Ohkay so, this episode of Alif ended too soon. Alif is such a visual treat but I must say I am so impressed that there is so much more that meets the eye than just the visuals. Haseeb Hassan has shown his caliber as a director in Alif & the first two episodes have depicted the kind of vision he had for a script like Alif. This episode of Alif was beyond brilliant & just like the first episode, this too felt like a well-directed movie which had so much to offer. One of the strongest aspects of this drama so far happens to be the to-the-point approach of the director, there is so much that has been explained but a lot more which has not met the detailing, which shows that the director wanted the viewers to also untie the knots themselves while watching every single episode of Alif. This episode of Alif was impressive because of the way the mood & the feel kept on changing within each scene. The best part is that even in every single scene, every character gets enough attention so that their emotions can surface. Alif so far has been nothing short of a treat & I can’t begin to imagine how much better it is going to get.

Loss of Hope, Loss of Connection:

Momina did not get much coverage in this episode but I loved how the director drew a comparison between Momina & Qalb e Momin in the initial scenes. Their lives are on completely different stages, they both themselves are in very different phases in their lives but one thing that is common between them is the lost connection with their Creator, which to some extent is a form of their weak faith. Umera Ahmed once again succeeded in elaborating the spiritual struggles of people, who when tested by their Creator either get to establish a stronger connection or lose it completely. One thing that was similar in little Momin & Momina Sultan’s journey was a ray of hope that kept their faith alive & the moment they felt they were losing hope – was the time when they actually lost the connection with Allah.

Momina had to let go the love of her life Faisal (Osman Khalid Butt). They both had liking for each other but Faisal didn’t paint any false picture in front of Momina. Faisal let Momina know that her family background was questionable. Momina must have loved Faisal with all her heart considering that she still thought of him but for Faisal, it was too obvious that his relationship with Momina was becoming a burden to him. Momina let go of him because she realized that she had to take care of her brother. Momina did bravely take up the challenges but because she is a human being after all, she tends to get tired too.

Momina’s interaction with Master Jee (Saife Hassan) was beautiful & heart-wrenching. It was nice to see that there is at least one person that Momina confides in, someone who understands her struggles & feels for her. Momina is losing hope, not in Allah but like she said, because things are not working at all, she is forced to think that may be Allah doesn’t love her. That entire conversation was simple but it had such a deep meaning, it showed how trials & tribulations not only affect people on the surface, but they leave you feeling uncertain, ambiguous, doubtful & hopeless from within as well. “Sab Allah ke hain, bas Momina Allah ki nahi hai” depicted how Momina was losing control of her emotions & she could not find that hope which would help her to hold onto her faith in Allah. Sajal Aly is such a phenomenal performer, she moved me to tears in just that short scene. I love how they have shown that Momina Sultan does calligraphy & it works as a catharsis for her. This is the only thing that she is doing for herself & it gives her peace. Beautiful! 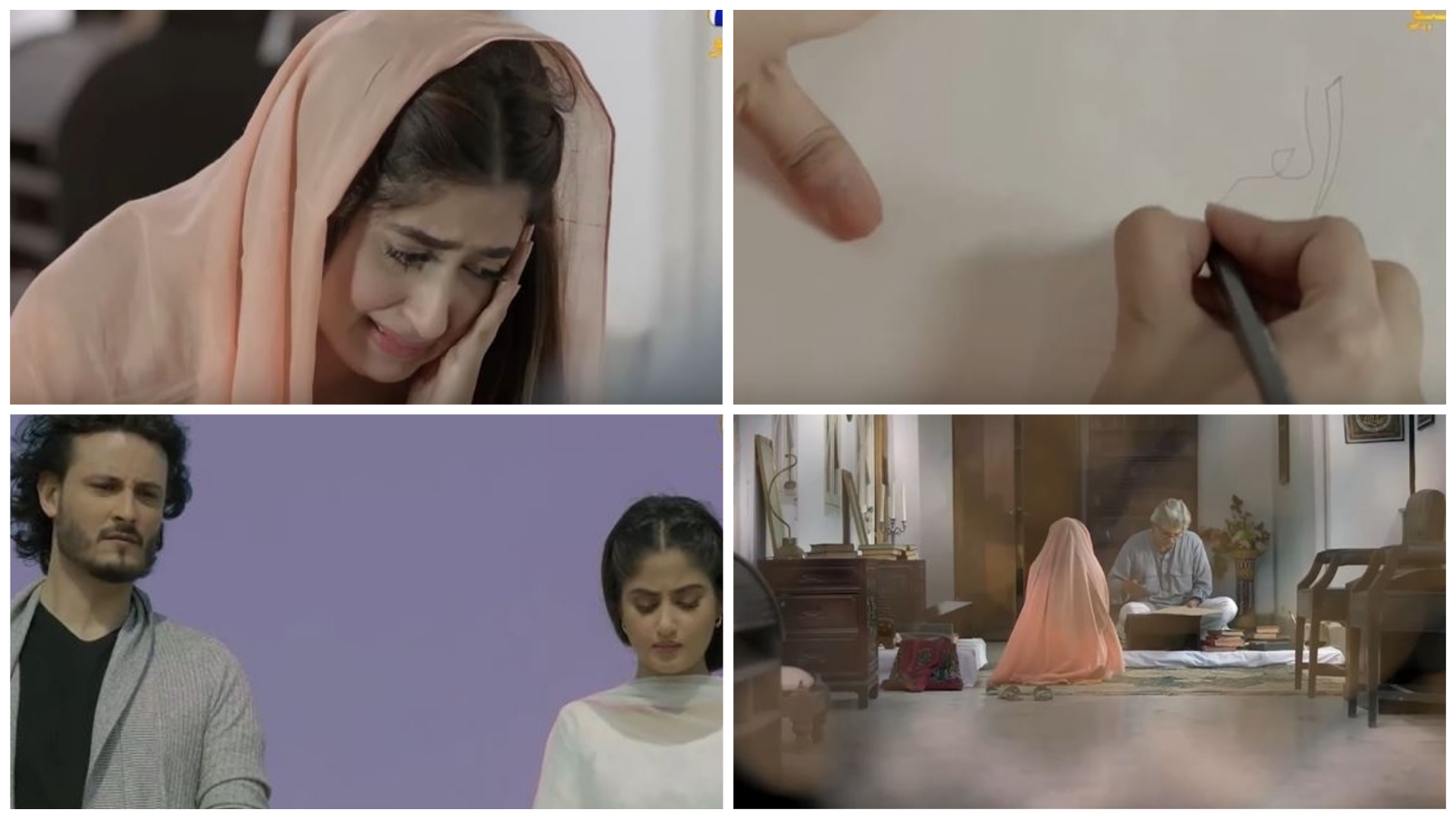 I loved how they showed a contrast in the lives of people who belonged to the same field but were on very different levels. There was Momina who was even questioning the kind of work she was being forced to do in order to provide for her family & on the other hand, there was Qalb e Momin, who was enjoying the limelight & there was no one to question him about the kind of work he was doing. Momina was failing but Qalb e Momin stood tall & arrogant. Qalb e Momin has reached the level where people actually deem him as a sign of success & Qalb e Momin is not ashamed to admit that he has achieved everything on his own & he actually wants people to envy him. Qalb e Momin thinks he has overcome his vulnerabilities by carrying this facade in front of the whole wide world but as the episode progressed, it showed that his vulnerabilities were just intact & he was very much aware of them all. Qalb e Momin is at the stage where he wants people to only talk about his success & present, that is why he has kept everyone in the dark about his past. Qalb e Momin is not only hiding a lot, he is even ashamed to admit that his past was not according to his idea of perfect just like his present is. 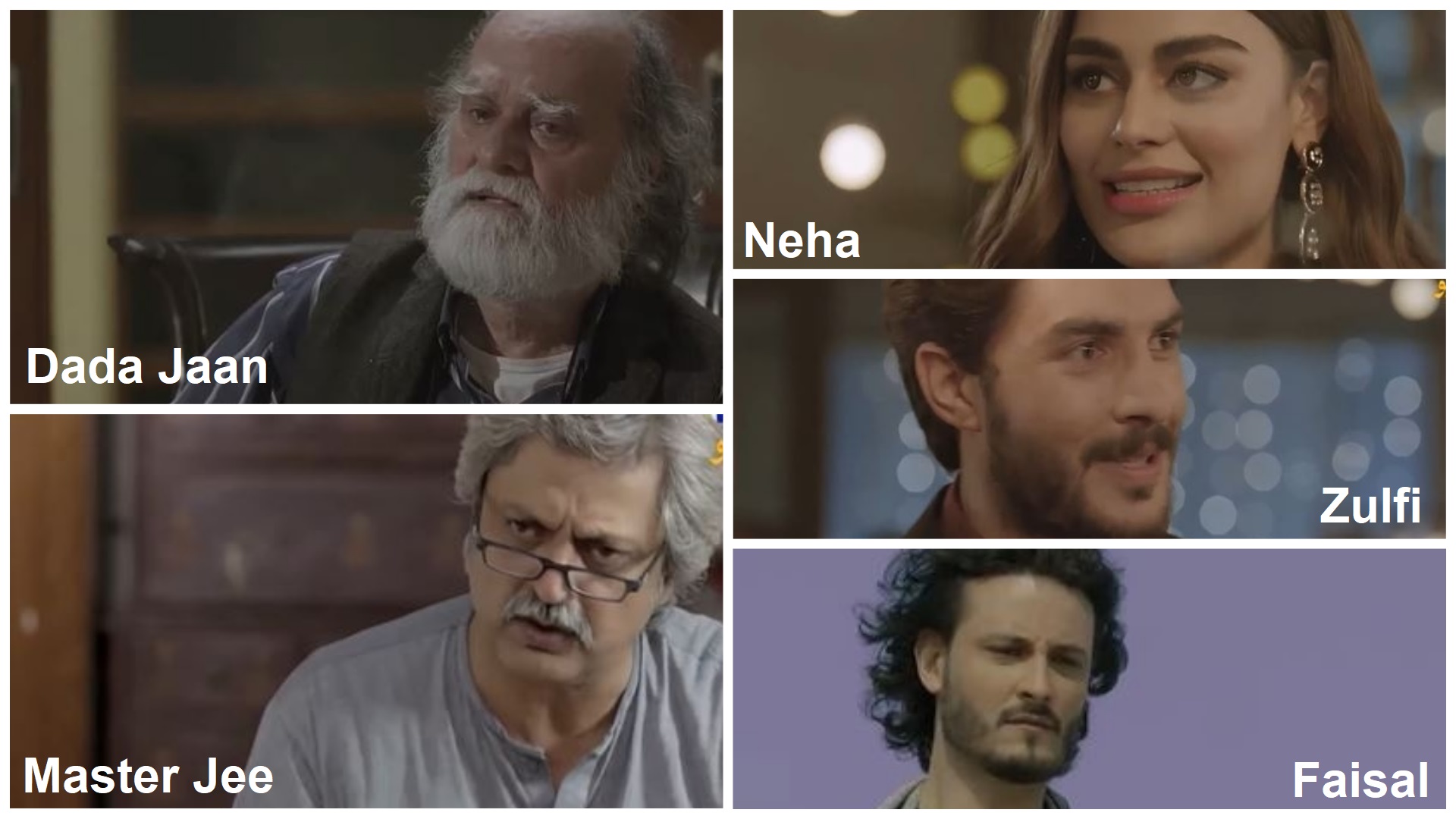 The rest of the episode just covered Qalb e Momin’s success party & the get together he had at his place. It was interesting to see how people are attracted towards Qalb e Momin because of what he has, not because of what or who he is. Shelly was playing her game too & then Neha, the fashion designer was two-timing Qalb e Momin. Neha obviously is involved with Zulfi & she is cheating on Qalb e Momin. He doesn’t know that yet but he will slowly learn that the world that he was creating on his own, which was purely based on his success was surrounded by all those who wanted to enjoy a piece of it without being loyal to him. Qalb e Momin will get to learn that his success brought nothing but insincere people in his life & he will realize that the success that he so arrogantly flaunts comes with the territory.

Qalb e Momin is chasing after something, he has burnt all the bridges from the past & he has now engulfed himself in this world of his own which has nothing to do with the people from his past. This is the reason why even though he had immense respect for Dada Jaan (Manzar Sehbai), he was not in touch with him. Qalb e Momin knows that his Dada Jaan is the only link to his painful past, that is why he was not too keen about him. I loved Dada Jaan’s entry & his demeanour. The director, at the right time took the story into the past & linked it with the present. The young innocent Momin that we saw writing letters to Allah was the ace director Qalb e Momin of today. Qalb e Momin saw his mother & his grandfather chasing after his father Taha who estranged them & ran away. Momin, at a very young age got to experience what heartbreak & disloyalty is. What losing hope feels like. The scene where Momin tore his letters apart was beautifully done, it showed that by tearing those letters, Momin had given up on the hope that he had & that very hope was basically his connection with Allah, which was lost right at that moment & after that, Momin never really got back to fix that bond. 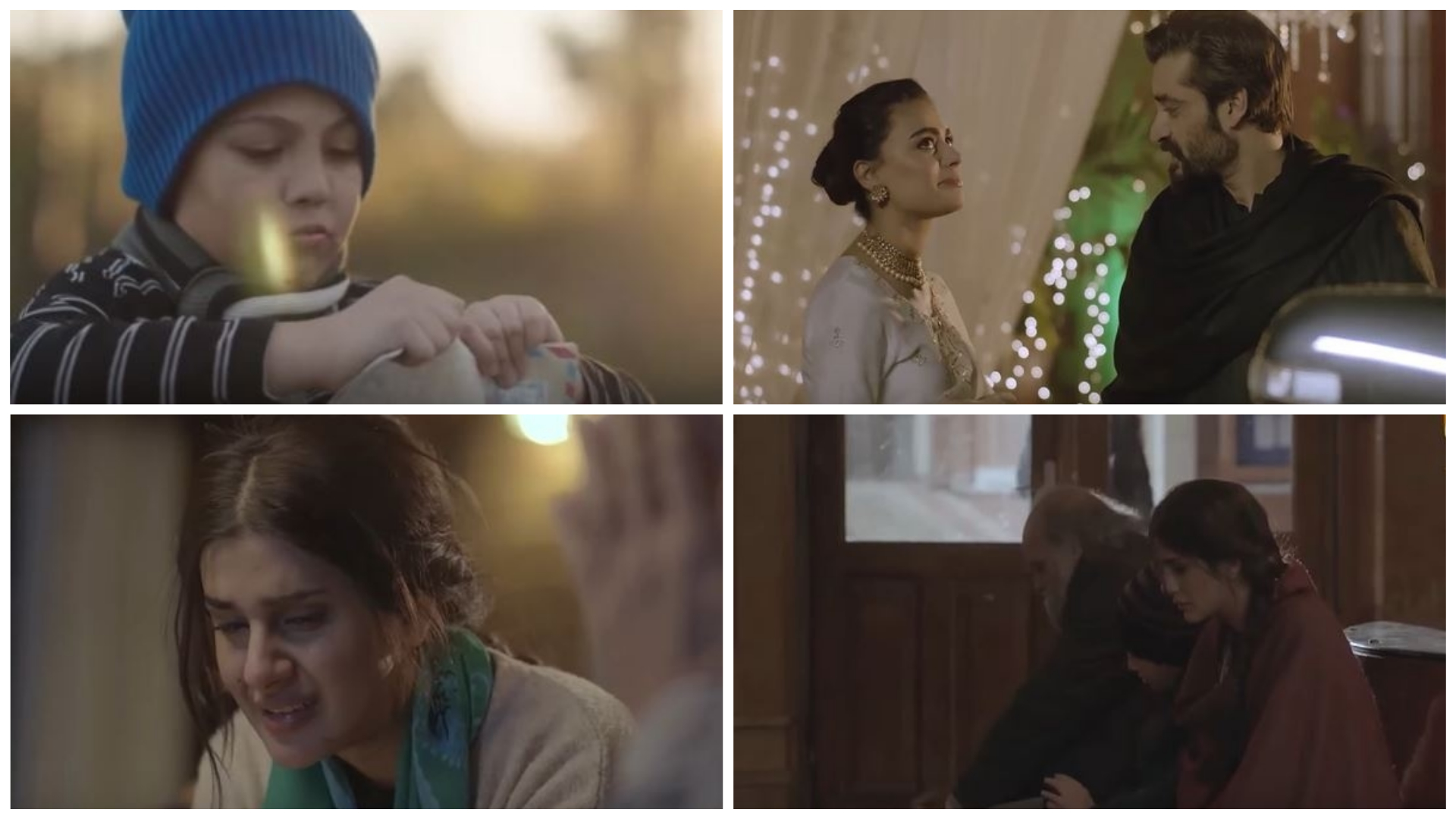 Dada Jaan, a practicing Muslim did not judge Qalb e Momin for who he had become but yes, he was sad to see the path that his grandson was walking upon. Dada Jaan could totally see that Qalb e Momin had lost his path, he had lost his faith & he turned into someone he did not recognize. The scene where Qalb e Momin was trying to ignore the call for prayer was dark but was done so well. It depicted the battle that Qalb e Momin & a lot of people like him fight every single day – where they do get the reminders but they force themselves to ignore those reminders. Qalb e Momin might have lost his connection at a very young age, but there is still something in him, it was expressed when he turned the paintings & stowed one of them away. The little nuances make a whole lot of difference in the drama-watching experience. Dada Jaan obviously was now finding out things about Qalb e Momin because he was out of touch with him for so long, he never really wrote him back therefore Dada Jaan did not know what Qalb e Momin was upto. He not only was taken aback, but it was obvious that he was now feeling a little disappointed. I can not wait to see the impact Dada Jaan will have on Qalb e Momin’s life!

This episode of Alif was perfect in literal sense. Be it dramatization, picturization, art direction, acting, characterization & display of emotions – everything is subtle yet so clear & it absolutely leaves an impact & allows the viewer to ponder about what they are watching. The dialogues are simple but they carry so much of meaning. Hamza Ali Abbasi, as arrogant Qalb e Momin is so convincing. He has embraced this character in such a way that I am finding it hard to even imagine who else could’ve played the role of Qalb e Momin with this much perfection. Sajal Aly is such a fine actor, in such short scenes, she has left such a huge impression as Momina Sultan, the desperate, eager, helpless Momina Sultan who just wants to save her brother. Yashma Gill & Sadaf Kanwal did justice to the characters they have been assigned to play but their performances were the kind that anybody could’ve portrayed with just this much ease & it wouldn’t have made much of a difference. Manzar Sehbai’s screen presence & his minute expressions were a treat to watch. Pehlaaj Hassan has breathed life into the scenes of young Momin, who saw his mother’s sufferings. Hasseb Hassan should take a bow for giving such a convincing start to a story like Alif. Eager to watch the next episode already. Please share your thoughts about this episode of Alif.