Ohkay so, can they please stop playing with our emotions this way? Why is every single episode of Alif so heart-touching & emotional that I find myself shedding a few tears every single time? Team Alif really knows how to convey the emotions, this is why they strike a chord & leave an impact. Like all the previous episodes of Alif, this one was phenomenal too, yes, it was a little on the slower side but considering the turn of events they had to cover, the pace of this episode was totally justified. I loved watching each & every detailing in this episode & that once again made me feel that this episode ended too soon, although it was a little slow. Another aspect that I love about the way the story of Alif is being told is the similarity in both Momin & Momina’s tracks, I am not sure if that is intentional but I enjoy drawing the comparisons & reading between the lines.

Momina lost Jahangir, she lost her support system, her biggest fan, her little brother – that too at that stage of her life where she could actually see things shaping up & she fulfilling the promise that she made to Jahangir about saving him. Momina was faced with a reality check that a human being can only do so much but in the end, it is Allah who decides & plans. Momina went to the auditions only because she had Jahangir as her driving force & the idea of being able to save Jahangir never slipped her mind, this is the reason while signing the contract she got emotional. Momina thought she would be able to do what she had promised but no, it wasn’t meant to be. I saw this coming but I didn’t really expect it to be this emotional. The way every single detail was covered was heart-wrenching.

I feel that attention to detail is what sets Alif apart. They actually showed that Jahangir passed away but all the things that followed made it real & easy to relate to. The doctor’s attitude & the demands – how many of us have heard of or experienced such incidents where the doctors were only keen about the paperwork & the bills? I am sure after watching this scene, a lot of people must’ve been reminded of the time when they were faced with a similar situation because all of it was so realistically portrayed. I must say, the one responsible for the look & makeup of every character in those scenes has done such a commendable job – a mother’s pale face, unkempt hair, teary eyes & dark circles. A father who is emotionally drained but is still trying to hold back his tears, a sister sitting on the floor while her friends count the money to pay the bills – all these details were heart-wrenching but portrayed the reality of death & the family dealing with it phenomenally. 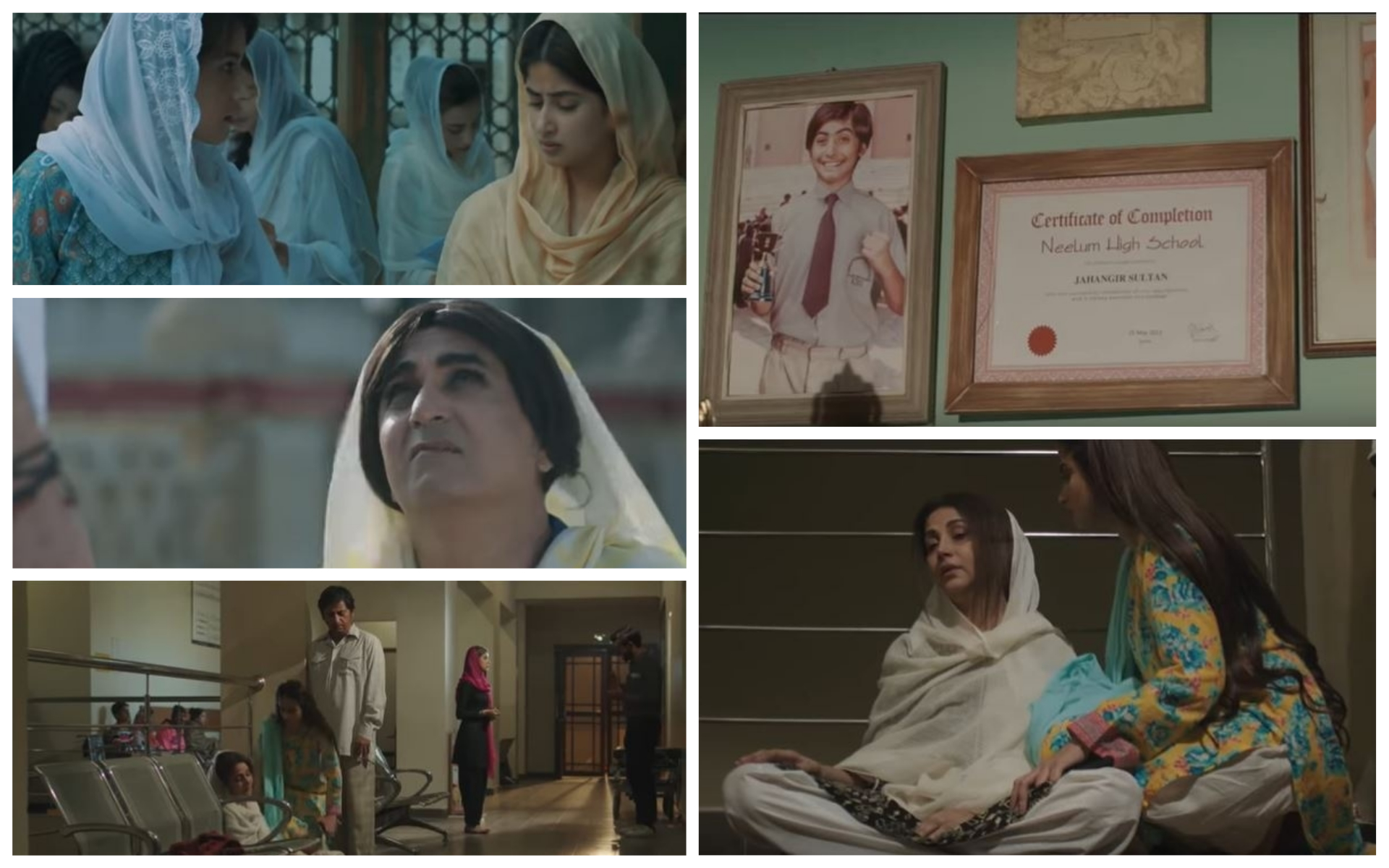 The thing I enjoy the most about Alif is how it always balances everything out – at one hand they showed us cruelty & inconsideration displayed by the doctor but on the other hand, they showed how everyone came to help Sultan in the hour of need. His friends didn’t hold back in giving whatever little they had so that they could contribute. Jhumar felt it would be inconsiderate of him to eat at Sultan’s house but the others were busy having their meal. I love these little details because it really brings reality to life on screen.

Momina refused to pick up the phone call of Asad, her casting agent. Obviously, Momina can not think straight & working on the biggest break of her career is the last thing on her mind right now. It was only Jahangir that Momina was working so hard for & now that he is gone, does she have any motivation left to work just as hard? No! The similarity that I found in Momina & Momin’s scenarios in this episode was the loneliness – Momina was feeling alone because her brother left her & Momin was actually feeling the loneliness around him, getting to him. They both are alone but in a very different way – Momina realizes it but Momin doesn’t. Momina has no excuse to not register it but Momin is in denial & he is not acknowledging it that despite having everything that he dreamt of, he is alone. The scene where Momina walks in Jahangir’s room after his funeral, looking at his pictures, his accolades & then lying on his bed, thinking about him, the emotional moments, also remembering the times where he made her smile – it was beautiful. Now that Jahangir is gone, his memories are all that Momina is left with. I must say, Lubna Aslam portrayed the emotions of a mother who had just lost her son to perfection, although she did not get an undivided screen time in this episode but in those few moments where her mental state was covered, she left an impact. Hats off! 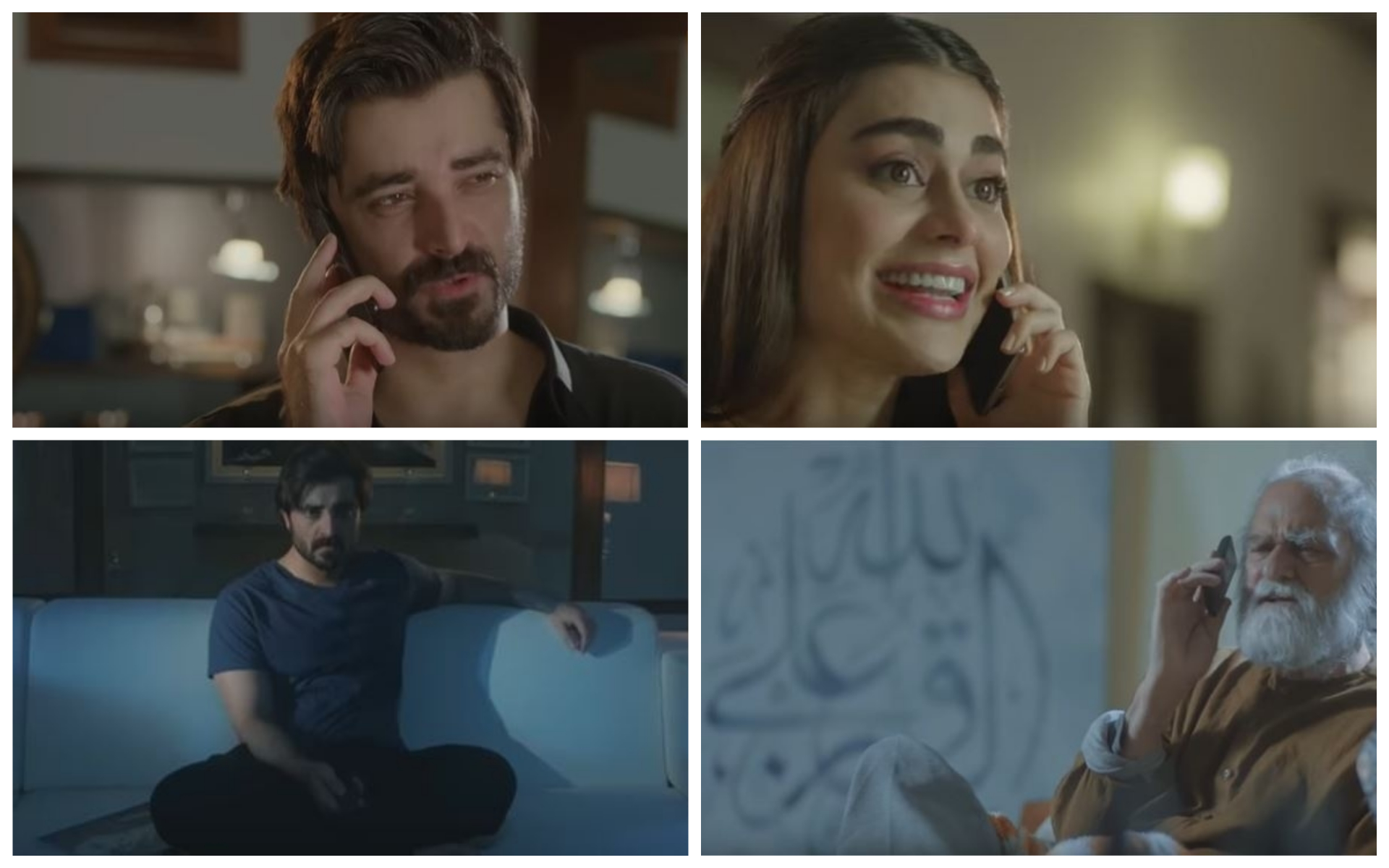 So, Momin was thinking constantly about all the things that his grandfather said to him. Momin could not take his mind off even for a second when he was alone. Momin is reflecting, he is actually wondering if he is even happy or not? Momin lied to his grandfather that he did not even think about whatever he had said because he is in denial & he would never admit that he actually is feeling lost. Momin was taken by surprise by Abdul Alla’s response, he thought he would hold it against him but Abdul Alla didn’t. Momin got a clarification from his grandfather therefore, he did not pay heed to this little detail that Abdul Alla did not have a grudge against him, whereas Momin doesn’t believe in forgiving & forgetting. Momin has so much to learn from Abdul Alla, that time will surely come.

Momin definitely is planning a big surprise for Neha & Zufi & it obviously won’t be what they both are expecting. Neha actually thinks she has defeated Momin & she has been successful in two-timing him but she has no idea that Momin obviously gets the entire picture. Momin & Neha’s conversation over the phone was very interesting & while giving it back to Neha Momin sounded so relaxed but he had a lot building up inside him. Momin is not someone who believes in letting go, so now when he knows that Neha was cheating on him, he will make sure to humiliate her in the worst possible manner. Momin deals with everything his way, its his power that has given him this sense of entitlement & superiority over others but then again, soon enough he will also realize that he can not control everything & that will be the start of a new journey.

This episode of Alif was heart-wrenching & so emotional, however I am glad that Momin’s scenes broke the momentum when it got a bit too overwhelming. I must say, the way everything has been portrayed so realistically in Alif is what makes watching it a one-of-a-kind experience. Sajal Aly was phenomenal in this episode & Hamza Ali Abbasi was superb. Saleem Mairaj & Lubna Aslam both deserve a round of applause for their brilliant portrayal of grieving parents who just lost their son, however I did feel the dialogue stating Husn e Jahan in that moment was a little out of the place, but I am think when that aspect of the story will be revealed, it will be made clear why Sultan has not been able to get over Husn e Jahan till date & why he remembered her during such a difficult time of his life. I am sad that Hadi bin Arshad’s role is probably over in Alif, however in those few scenes in which he played the role of Jahangir, he surely has left an impression. His performance was effortless & hit the right note. I actually wanted to see more of Jahangir but sad, it wasn’t meant to be. Hadi bin Arshad should be very proud of himself for portraying Jahangir’s character brilliantly. I must also add, I loved Manzar Sehbai’s attitude during the phone call, it was very enjoyable seeing him being so casual & forgiving about whatever had happened at Momin’s place, also the way he was holding the phone reminded me of all those elderly people who speak exactly like that on hand-held phones – that scene was very cute. Haseeb Hassan has created magic on screen; every single scene, every angle carries a story in itself. I am glad it is Haseeb Hassan who has taken up Umera Ahmed’s script & directed it because he has surely done justice to it. I think I will end the review before I start falling short of words, please share your thoughts about this emotional yet beautiful episode of Alif.