Farisa gives the phrase “aik tu chori upur se zeena zori” a whole new meaning! The way she confronted her mother and father in law when they tried to lay down the rules for her was height of “dheetai”! There is no word in English dictionary which explains Farisa’s behavior therefore using these one-of-a-kind words from our dear language would explain Farisa’s behavior way better than any other! I must say that Sara Khan has outdone herself in this play and I have to applaud the director for directing this play very intelligently. I am glad that we were not shown any unnecessary violence in tonight’s episode but the director and actors managed to get the message across loud and clear. Imran Abbas portrayed the other side of Haadi’s character which he probably didn’t even know existed perfectly. The fact that Haadi was willing to take some responsibility for what Farisa had done was definitely refreshing and also I did not expect him to confront Farisa in private! Haadi did not blame Farisa altogether, he did not tell his parents what had happened and he is willing to forget everything too even though his rage is getting the best of him at the moment. Things between Haadi and Farisa had changed a lot in the past few episodes and it was clear from Haadi’s conversation with his friend in tonight’s episode that he wanted to work to make his marriage better but Farisa had already moved on! Farisa thought she could get away with it but she clearly did not. 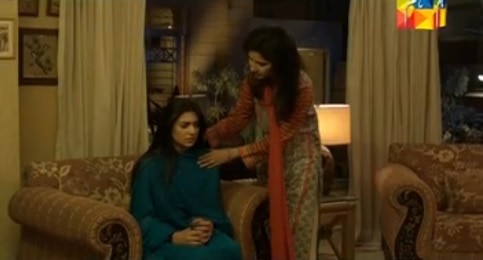 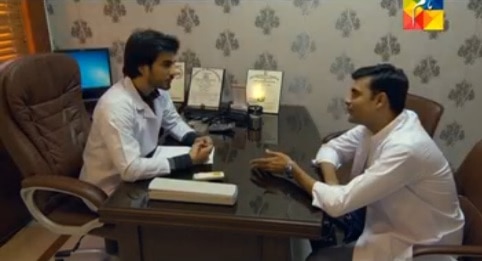 Haya’s life is as big a mess as that of Haadi and once again I must give the director due credit for keeping aggression to the minimum. Haya’s response to Rameez’s crazy behavior has been like that of a girl who knows how to handle difficult situations but that doesn’t mean that she is not breaking up inside. Rameez is bent on making sure that Haya does not get any space at all. He wants her to wear and eat what he want and his sarcastic comments make you understand what Haya must be going through. We were all making speculations about the accident but the accident was never shown in this episode. In fact some of the scenes that were shown in the preview of this episode were missing from it. Rameez and Haya might not have a perfect marriage but I must say that both the actors playing the respective roles are doing a commendable job. Sanam Jung has done complete justice to her character throughout the play and Zahid Ahmed is brilliant as Rameez. You also understand why Rameez has so many issues because of the way his character has been written. 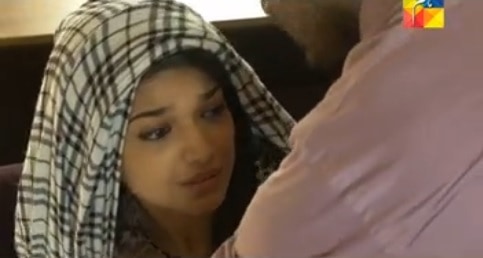 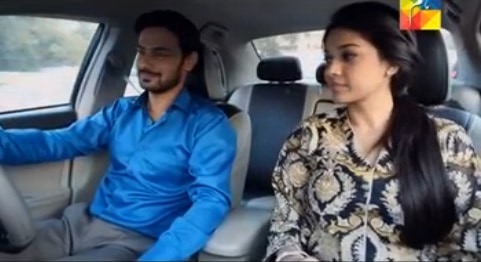 Farisa is willing to elope with Saim (with all her jewelry of course!); she was more than ready to do that even before Haadi found out but Saim is giving the viewers and Farisa mixed signals. Saim appears to be genuine but the ending will be completely inappropriate if Saim is willing to marry Farisa therefore I am guessing that he might take her jewelry and leave the country. 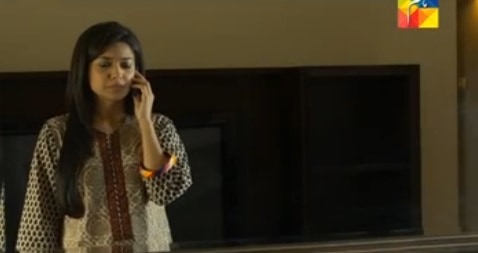 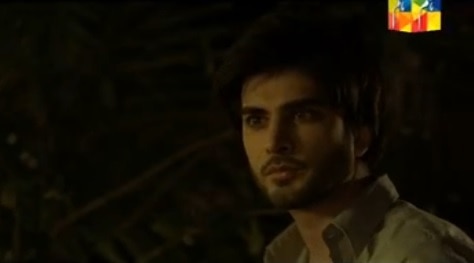 I must say that I wasn’t expecting Alvida to be this logical. I find it very convincing and I have no problem understanding the characters at all. Samira Fazal’s scripts are always very enticing but the story and characters usually stop making sense at some point usually after episode 13 but there is no such problem with Alvida therefore I am expecting only the best from Samira Fazal in the future too. I must hand it to Shehzad Kashmiri for keeping things subtle and very decent. This drama would have been completely different in the hands of any other director.

Just like all the previous episodes of Alvida this one too was very engaging and it gave me something to look forward to.