This was another fast-paced and very well-directed episode of Alvida. The story is moving forward in a very convincing manner till now therefore I am finding it very easy to connect to all the happenings. If the story continues to unfold with this momentum then Alvida could be one of the most engaging dramas of the season. All the tracks are being covered intelligently without adding unnecessary details.

Farisa and Khala Jaan managed to brew up a storm just like they were expected to. Even Haya’s father decided to stand up to his brother and wanted his daughter back in his house until Haadi reminded him that he was not in a position to “own” Haya like that. The start to Haadi’s married life has not been ideal in any way. Haadi and Aroosa have been unable to enjoy any quality time together because Haadi was too worried about Haya to think about anything else. While Aroosa understands what Haadi might be going through but there are times when she wonders if Haadi made a hasty decision. The scene in which Aroosa finds the recording in Haya’s room was executed impressively. Haadi’s reaction, the way he openly asks Aroosa about her feelings and the manner in which she gives him an honest reply made me see the spark between these two which I have been missing till now. One reason for that could also be that Haya is no longer in the house and there were no scenes of Haya and Haadi together! Aroosa is very level-headed but she is not like those holier-than-thou dimwitted characters we see on screen which is definitely refreshing. Haadi is a mature person who wanted a companion who could be a pillar of support for him and one who would be at the same level as him. He clearly wanted a sensible friend in his wife more than anything else. One thing that stood out for me today was that when it comes to Haya, Haadi does not share much with Aroosa. 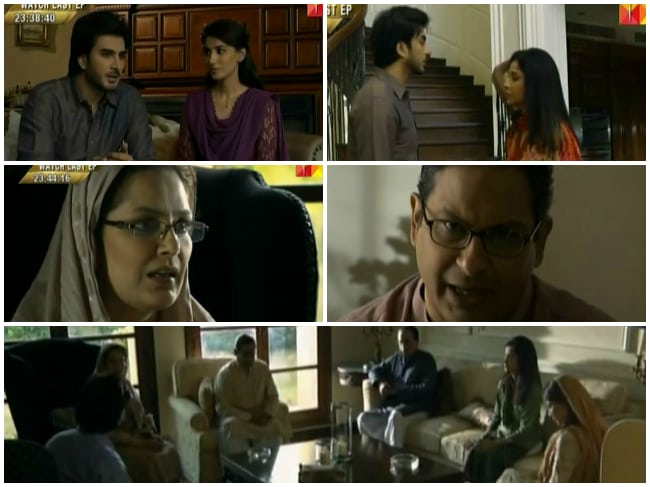 Haya’s relationship with her Taya and the way he covers up for her was really sweet. Haadi figured out what was going on immediately which was also a pleasant surprise! If this was any other play Haadi would have worried sick for Haya for the next two episodes or so! Haadi shared the news with Maryam which was another short but very touching scene in this episode. Apart from Farisa all the other family members that Haya is surrounded with are her well-wishers which is also a positive sign. Saim knows just how wicked Farisa is and he does not feel the need to make her feel good about what she does. He continuously keeps on holding her accountable for her actions in his own way but Farisa never takes anything he says seriosly. 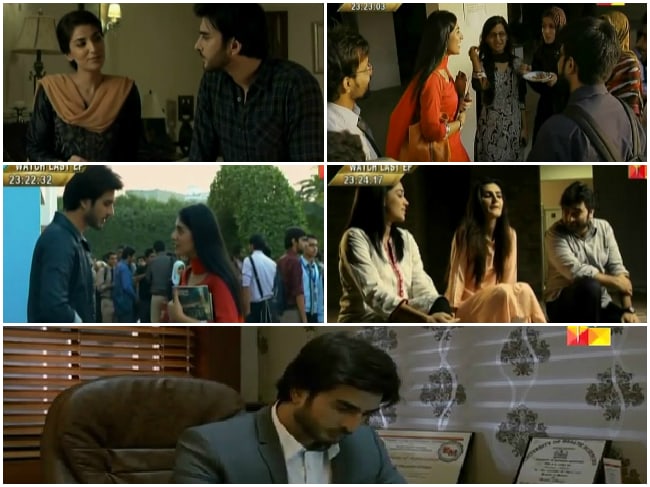 Haya left the house so that she could be away from Haadi but she knows only too well that this is not going to be easy. All the interactions between Haya, Kokab and Faiez were shown in a way that I immediately warmed up to both these characters. Although Kokab and Faiez both gave very positive vibes in the beginning but Faiez apparently has other plans! The scene in which Faiez asks Haya to serve her lunch was also very well-written and directed. This is how we should be shown these things. That scene was subtle but the viewers got the hint immediately.

Overall this was a very engaging episode which gave me absolutely nothing to complain about. All the actors are doing complete justice to their characters but Sanam Jung is definitely the star of the show. She has improved a lot and I can see that she will be going a long way. Imran Abbas and Shahzad Kashmiri make a wonderful team, Shahzad Kashmiri brings out the best in Imran Abbas. I must applaud the director for doing a commendable job till now; every single scene is very well-thought-out and until now Samira Fazal has not given me anything to complain about either. Alvida definitely has a lot going for it. 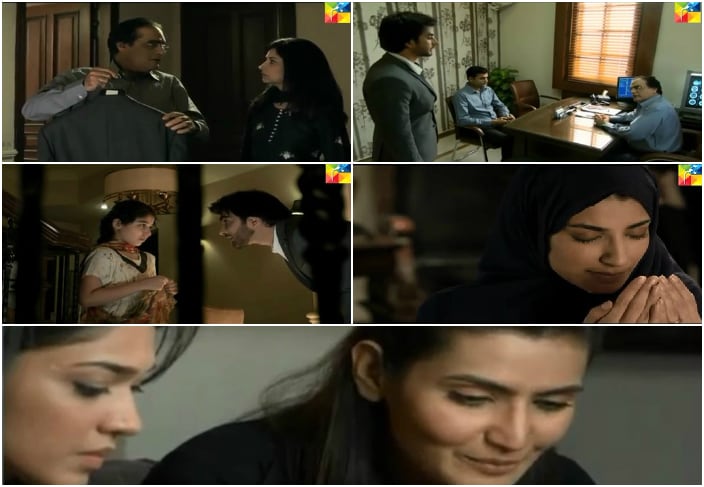 The preview of the next episode was startling, I really don’t want to see more sick-minded men on screen but I guess we won’t have to put up with Faiez for long because Haya is in touch with his Taya so she can go back any time! I hate to sound paranoid but I want Haya to be this intelligent throughout the play, don’t turn into Rameen please!