Tonight’s episode was relatively slow paced considering this was the 22nd episode and something major happened last week. This episode covered almost all the tracks and some of the tracks are going around in circles. This drama continues to be not-so-desi and at the same time there are some characters which play the zalim samaj with great dedication.

Anya’s role tonight was surprising as well as really difficult to connect to since her actual feelings were not shown. The fact that she was willing to do anything at all to please Areesh wasn’t surprising or unbelievable but surely this was not easy for her. There wasn’t a single scene in this episode which covered her true emotions at this moment. It was however good to see her being relieved when she left her in law’s house. Daneen and Areesh are planning to run away but no one talked about how Daneen was going to get a divorce from Saif. Daneen feels for Anya and she is ‘thankful’ but she does not want to let go of Areesh. Daneen is back to being her careless self mainly because of the fact that no one really looked out for her when she needed support. Daneen however is making yet another mistake and Saif even after all this is not willing to give her a divorce. 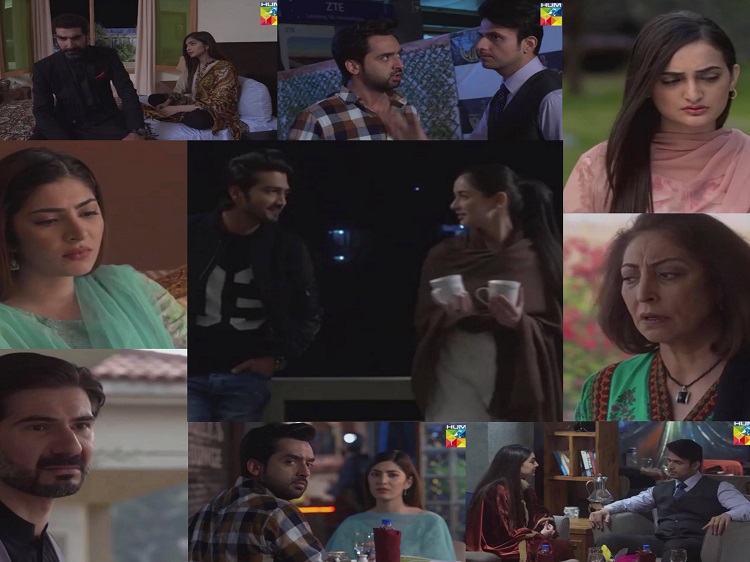 After giving up on Ezza, Altamash decided to call his ex and ended up meeting Ezza unexpectedly yet again. Kabir bhai’s outburst was completely unexpected and I don’t understand why the men in this drama manhandle the women whenever they are upset. One thing is for sure that Ezza’s ‘no’ always means a yes since after refusing to go out for coffee with Kabir, she was at the coffee shop with him in the next scene. The scene at the coffee shop was really cute until Kabir lost it! Naimal Khawar is especially cute in scenes covering her discomfort while she is around Altamash. Altamash once again mistook Kabir as Ezza’s ‘love interest’ which was slightly disappointing considering he is a smart guy who really should know better. Hopefully after finding out what Nazia has done, he will figure out why Ezza was too embarrassed to talk to him even. Altamash’s reaction after he found out everything that had happened was quite ‘thanda’ considering he is so over protective about Anya. Also, Ghazanfar didn’t try hard enough to find Areesh since he had an inkling that Anya was in touch with him.

Tonight’s episode covered some of the reactions, the viewers have yet to see how Daneen’s father will react to the latest developments. The preview of the next episode suggested that something tragic is about to happen. It would have been nice if we got to see more of Daneen’s father since he was not shown thinking about Daneen even once after that visit. Waiting to find out how these complicated situations are eventually resolved. Anaa has definitely been an interesting watch but some of the situations are getting highly repetitive. It is certainly time to wrap things up since the drama so far has been well paced. Daneen, even with all her flaws, continues to be the most appealing aspect of this drama. I am still hoping that she will eventually be the one who will convince Areesh to go back to Anya.

Do share your thoughts about tonight’s episode of Anaa.