These episodes of Anaa covered more of the family politics and the new turns in all the romantic/not-so-romantic tracks. After making some of the most important decisions of their lives in haste and anger, Daneen and Areesh both were shown suffering in different ways. While Daneen tried to make her marriage work, Areesh being the coward that he is, could not own the decision he took. Areesh has been shown as a really weak man while Daneen definitely has more guts than him. Ezza continued to sideline her actual feelings for Altamash and there were times when it was difficult to understand how serious Altamash was regarding this relationship. Some of the dialogues and situations are already getting repetitive. Even though Daneen is flawed and most of the times she is clueless as well but she is the reason I tune into this drama every week. She is more honest than most of the characters in this play and whatever she has done so far has harmed no one but herself. Hania Aamir’s performance has been superb throughout. Naimal Khawar and Usman Mukhtar’s on-screen chemistry makes you root for them but their relationship annoys me at times. I would definitely like to see them together on screen again.

These episodes covered Daneen’s attempts to settle down in her marriage but Saif had some serious reservations about the kind of relationship Daneen wanted. Saif has accepted Daneen as his wife but he isn’t the kind of man who will give Daneen the sort of companionship she wants. That is something Saif made quite clear before they got married but even then Daneen is getting sick of the constant comparisons and wants more from this relationship. Even though Daneen is immature, at times clever but she is no match for the more mature people around her who have their way more often than her. Although her phupo kept on giving her advices which were anything but positive, Daneen did not go running back into Areesh’s arms. While Areesh is being unfaithful and he is more than willing to divorce Aania, Daneen tried to help Aania whichever way she could. Also, her apology when Areesh picked up the phone and told her how he felt showed that she did not want to hurt Aania. 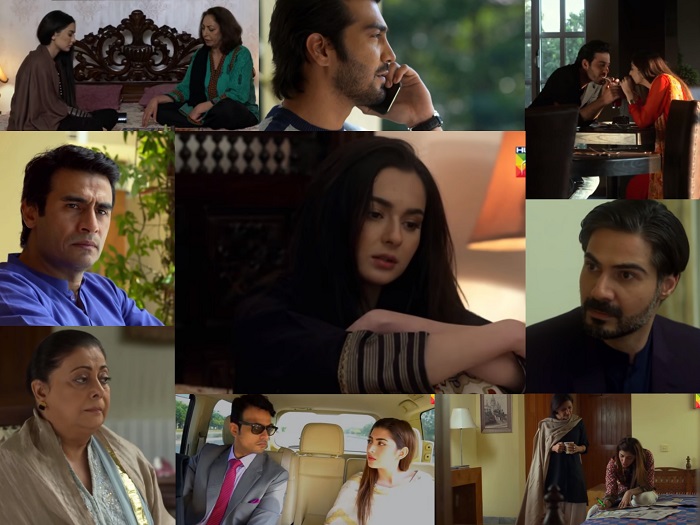 Altamash’s girlfriend and Ezza’s cousin are the two new characters which were introduced in these episodes. While Altamash’s girlfriend was insecure after finding out that he liked Ezza, Kabeer does not harbor any such feelings for Ezza, which is definitely a relief. The Altamash/Ezza track has a very non-desi feel to it. Some of the dialogues and scenarios however are not always pleasing. Ezza drinking Pulmonol and getting intoxicated was one such scene which reminded me of drama serial Ashk! The ‘talab ki machli’ dialogue was especially weird mainly because of the way it was written. The fact that Altamash is a ‘good catch’ was repeated many times. Nazia wants to see Altamash and Ezza together and it looks like she will eventually make it happen. Ezza’s denial of her feelings for Altamash is actually getting irritating now but I guess it is her anaa which isn’t allowing her to accept her feelings. The way Altamash gave his girlfriend a warning was in bad taste, unless there is an actual reason for showing his aggressive side.

In these episodes the viewers saw how Nazia has changed. She doesn’t only want revenge but her entire approach towards everything is quite materialistic and shallow. Her husband naturally does not like the changes in her and her personality overall is annoying. She feels entitled to this better life and living it the way she wants after being away for all these years. She is a perfect example of how negative and bitter some people get after they have such unpleasant experiences. I think the reason why there has been so much focus on her attitude is that sooner or later she will be the reason why Altamash and Ezza get married.

I know most people are watching this drama for Ezza and Altamash but for me Daneen is the main attraction. After watching these few episodes I am having a tough time liking Altamesh’s character since there are times when he comes across as a really twisted human being. Daneen’s character, the portrayal and her relationship with everyone around her are the reasons why I continue to watch and enjoy this drama. I am losing my patience with Ezza and Altamash they are clearly attracted to one another but they are constantly telling each other off as well. Daneen is more honest and now her ego has definitely taken a backseat in her life. Her character is easier to understand and relate to. You can’t help but feel for Aania but she is also to be blamed for being such a doormat. The performances have been on point, the family politics is the least interesting part of this drama but some of the other tracks are interesting enough.

Do share your thoughts about these episodes of Anaa.