Armeena Rana Khan, being most vocal about Priyanka ‘s violations of peace, has written an open letter to United Nations to tell them how badly she has disrepute the core value of the organization itself that is love, care, respect and integrity.
She has written a long note mentioning the time when india conducted Air strike on Pakistan, the lady Priyanka chanted, hail India #indianarmedforces to support war loudly and clearly.
The lady was lashed out by a pakistani girl Ayesha Malik on an international event where she was a guest, the girl asked to her, “you hold a position at UN and supported war…, on which reporters snatched mic from girl while she was completing her question and on the other hand,the lady Priyanka also couldn’t provide a logical answer to that.
Armeena wrote a detailed letter to the United Nations and we want it to be responded well, only by taking Mrs Priyanka Chopra – Jonas away from being ambassador of UNICEF.

The letter is attached here which she wrote along with her Fiance Fesi Khan who is also vocal about Kashmiris. We salute both of them on speaking about peace and sanity. 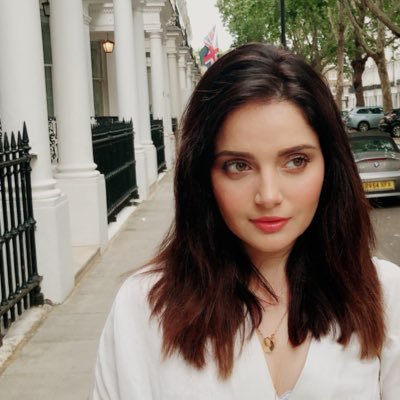 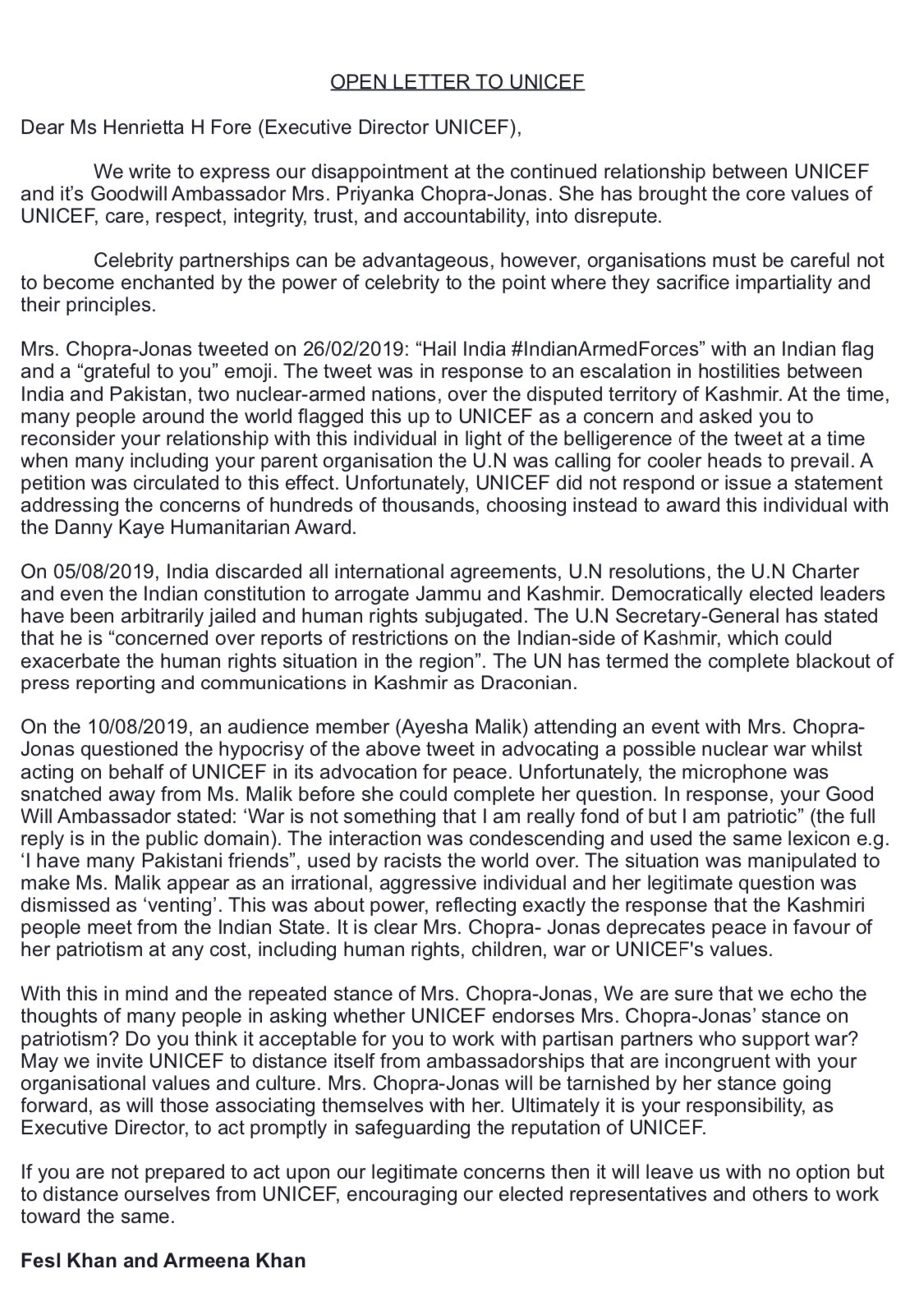 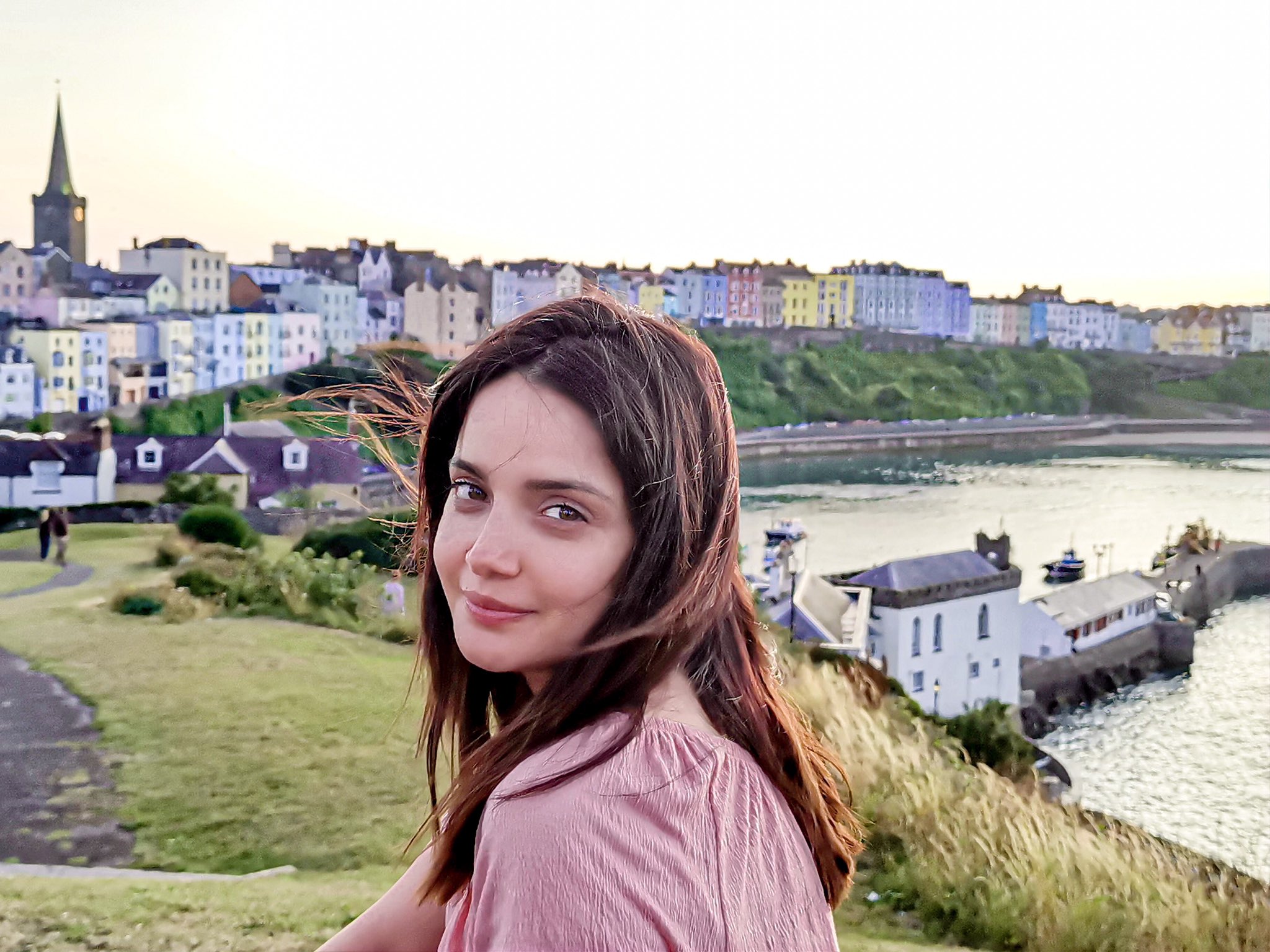