Screenplay By: Umera Ahmed
Written By: Shazia Khan
Directed By: Farooq Rind
Produced By: Nina Kashif
Schedule: Every Thursday at 8pm on Urdu1

Baaghi has to be the most hyped dramas of recent times mainly because of the efforts the producers put in to marketing it. The producers have done everything they could in the past few weeks to ensure that this drama stays in the news for some reason or the other. Initially the viewers thought that this was going to be a telefilm since the team announced (originally) was the same as the one behind the telefilm “Ek Thi Marium”. Gradually, the producers started unveiling the details regarding the drama and since then they have tried every trick in the book from controversy to star cast to catch the attention of the viewers. There was a certain degree of curiosity surrounding this drama as well therefore that was another reason why many of the viewers would be tuning into Baaghi. The producers definitely did their homework as far as the marketing of the drama was concerned but it remains to be seen how the story is handled overall now that it is finally on air!

The disclaimer in the beginning of the drama was seriously off-putting because while promoting the show Qandeel Baloch’s pictures were everywhere and the fact that this drama highlighted her story was also mentioned time and again but now the viewers are being informed that there is nothing “real” about this story which is somehow inspired by true events! This basically goes to show that there was no hard work put into finding out the realities behind Qandeel Baloch’s life and her name was merely used as a marketing strategy. Her actual photo shoots were recreated by the producers but the viewers shouldn’t think this is her actual story! Are the producers backing off now or playing it safe to avoid controversy? Or is to avoid certain legal intricacies? Did the writer only take inspiration from whatever she read in the news and created her own version of her life’s story? Honestly speaking, it pretty much seemed like that because this episode did not really give an insight into her life; it did not tell the viewers anything “new” about this true story’s “fictional character”!! Everyone should read this disclaimer and decide for themselves what it means because it is quite confusing!! I recently watched the play Titlee which was also based on real events but that was not used as the USP of the drama! Why was this drama sold as Qandeel Baloch’s biopic if this wasn’t going to be one?? 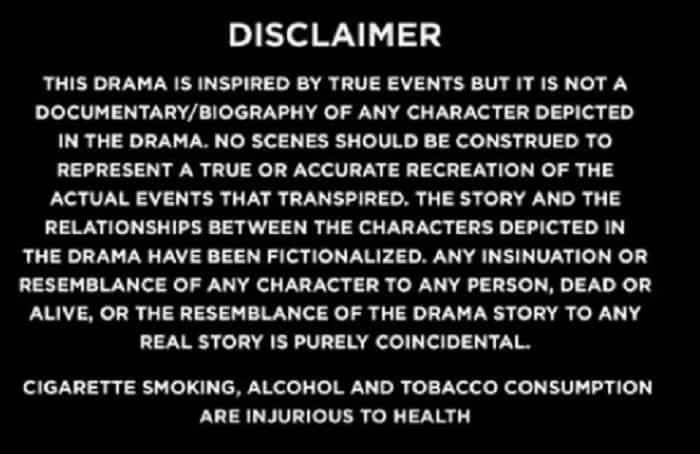 Fauzia’s father (Irfan Khoosat) is the only person who defends her and perhaps understand her. Her mother (Saba Faisal) is scared of her over-confidence and her outspoken personality. Her older brother (Sarmad Khoosat) cannot stand her and the sister in law (Nadia Afghan) adds fuel to the fire whenever she gets a chance to do so. Fauzia’s relationship with her younger brother is quite different and he is the one she is the closest to in the house. Fauzia was shown as someone who did not let her financial circumstances stand in the way of the things she felt about passionately. Fauzia adds to the income of the house by selling parandas. All the men in the story, with the exception of Fauzia’s father were shown in the same light. The story seems quite predictable at the moment, also because the promos and all the interviews pretty much revealed which direction the story will take. This is the first time I have seen Nishoo in a drama which goes to show that the producers truly “invested” in the cast.

I have to say that if I keep in mind the kind of attention this drama got even before it went on air then this episode was strictly okay. There was nothing mind blowing about the characters or their relationships with each other. Fauzia’s character was enacted on screen superbly by Saba Qamar since going overboard, being loud and outrageous was how this character was meant to be translated on screen. The question is could such a heroine be likeable? I found the character annoying and OTT at least in this first episode. In my opinion Sitara’s character in the play Mein Sitara was the perfect portrayal of a girl with big dreams and how society treated her later on. It was sad to see Saba Qamar saying that she had not done such a character before because her character in Mein Sitara was definitely a more likeable version of Fauzia and she excelled in it. Although there was a lot of focus on Fauzia’s character but I felt absolutely no connection to her and watching her on screen wasn’t exactly pleasing. One reason for this could also be that the story started with Fauzia being a young girl, it would have been so much better if the viewers got to see how she was raised as a child and why she grew up to be so different from all the other girls around her. We all know that this is the story of a girl who did not conform to the norms of the society and Fauzia’s character was portrayed in that manner but I also felt that the script was a little too plain and predictable as well.

How many of you watched this first episode of Baaghi? Do share your thoughts about it.