Ohkay so, this episode of Balaa was again alright. It surely qualifies as a decent watch but as far as the story is concerned, there is nothing special about it. The main reason behind the story not being too appealing is that the writer has made everything quite one-sided where the evil is winning & the good is being exploited to the max that too because of its own shortcomings!

Nigar Has Taimoor’s Family Wrapped Around Her Finger:

As usual this episode of Balaa showed how everything was being turned in Nigar’s favor. Shama felt guilty & she is allowing Nigar to walk all over her only because she wants to keep peace in her household. Shama can clearly see that Taimoor has gotten attached to his wife that is why she not only went herself but also told Taimoor to curb his ego & bring Nigar back. It is good that Taimoor is pretty straight forward & doesn’t shy away from letting Nigar know what’s on his mind, at least he is approaching this relationship with transparency since day 1 but Nigar on the other hand takes pointers only to manipulate Taimoor further.

Shama can clearly see what is wrong with Nigar but she is choosing to stay silent from now on because she has realized that she can not compete with Nigar, she just doesn’t stand a chance of winning in front of Nigar. Batool has also started trusting the wrong person here because Nigar just wants her to get married to Junaid so she will obviously spin the situation against Batool so that she becomes heart broken & agrees to marrying Junaid. 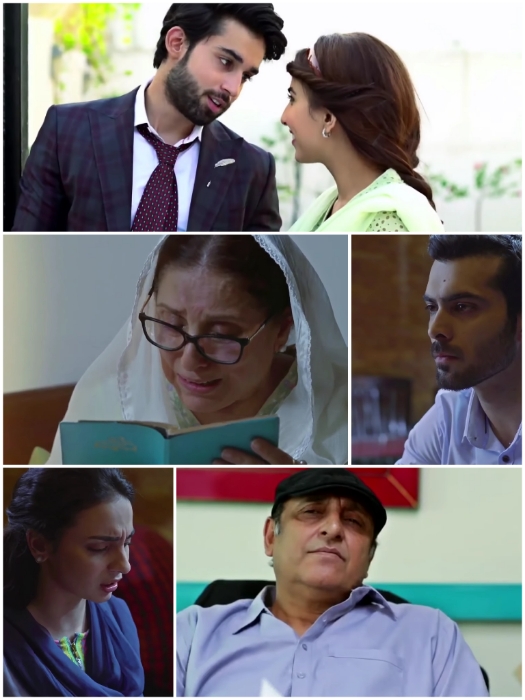 The only thing I liked in this episode was the change in Zafar’s attitude towards Nigar. He can clearly see how he has raised Nigar & how it is back firing on him. It was good that he not only took a stand but also conveyed it very clearly to Nigar that he will destroy her life by spilling the beans if she will not oblige. That was the only unexpected & good twist that this episode of Balaa offered & I am keen to see if Zafar will set Nigar straight or not.

Shama is giving Nigar way more freehand than she deserves. I think in stead of crying helplessly, Shama should get her act together & undo Nigar’s evil plans. Don’t tell me that Shama will even allow Nigar to control her diet plan too? That entire scene was bizarre to be honest & as much as I want to feel for Shama, I don’t because she has brought this upon herself by her own choice & she is only making Nigar stronger by not doing anything about it.

Closing Thoughts – The Scenario Should Change:

Overall, this episode of Balaa was alright. I really hope things should change but I can only see things getting worse because now even Taimoor will believe Nigar & sympathize with her more while misunderstanding his mother, what a dud character I must say. I really think the writer shouldn’t have made things so one-sided because everything seems pretty unconvincing now. Please share your thoughts about this episode of Balaa.

Ps: Not sure why the ARY uploaders are now uploading the double episodes day apart? What’s the point? When they are airing the episodes together, they should upload them together too!