There were quite a few new developments in tonight’s episode which made it interesting unlike many of the previous episodes. The fact that the focus has shifted from Hira to all the other characters is also another reason why this drama is definitely much better than it was when the focus was on Hira’s marriage and her problems. Shehryar’s character gave the viewers reasons to doubt his intentions. While there is absolutely no doubt that he wants the best for his daughter but it also seems like once he has her divorced he might marry her off to someone he wants her to marry. Also, he hasn’t really been shown doing anything that would ensure that Sadaf is out of the prison soon. He went to the lawyer with Hira for her divorce papers but he never went to anyone to solve Sadaf’s case. His reaction when Nuzhat asked her if Sadaf will come and stay in the same house also suggested that he was not really willing to talk about what will happen once Sadaf is out of the prison perhaps because he has no intentions of getting her out of there.

I must say that watching Waseem struggle was definitely something I had been waiting for. He is someone who was always been looked after really well by his wife, he never had to bother worrying about food or his health but now that he is all alone and he has to look after himself he will realize that he needed Sadaf in his life more than she needed him or perhaps just as much as she needed him. He always took Sadaf and Hira’s concern and love for him for granted because he thought he didn’t need love but he will gradually realize that no one can live alone.

The sudden change in Nuzhat’s attitude was another development which the viewers predicted a long time back. Nuzhat went from ‘aap’ to ‘tum’ in no time when she knew that this was the right time to create a misunderstanding between Sehr and her husband. The way she talked to Shehryar was quite flirtatious which showed what her intentions were. Although Sehr is making another huge mistake but I hold her phupo more responsible for putting her in that situation. She is married and she really should know better but I also feel that she is very young and all the unnecessary advices from her phupo do not help her in any way. Sehr’s meeting with her ex-boyfriend was another important development in tonight’s episode. Her phupo pushed her to mend fences with him and later on went behind her back and told her husband, something which goes to show that Nuzhat only looks out for her own interests. 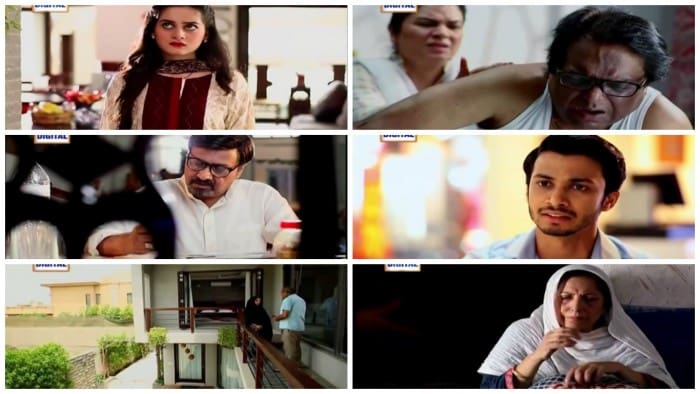 Sadaf’s time in the prison was covered flawlessly. Until the last episode we saw her having a rather peaceful time in the prison but in this episode what the viewers were shown was a true depiction of the environment within a prison. A woman like Sadaf is a completely misfit in such a place and it seems highly unlikely that she will be out of there any time soon.

Overall, this was an interesting episode which made me look forward to more for a change. I am waiting to find out how Shehryar will react in the next episode and whether or not he will take Hira to meet her mother. I am also waiting to see when Sehr will realize that Nuzhat is not her well wisher. Apart from Saboor Ali, everyone has given flawless performances in this drama. Saboor Ali’s dialogue delivery is not the least bit impressive and Hira is my least favorite character in the play.

Did you watch tonight’s episode of Beqasoor? Do share your thoughts about it.

You can watch Beqasoor’s latest episode by clicking on this link http://dramaonline.com/bay-qasoor-episode-14-in-hd/