I started watching Bin Roye with a very positive frame of mind and even though the first episode was slightly unconventional because of the song sequences which were added from the film I was more than welcoming of this new era of dramas because these songs were used effectively and although the story was quite simple but Saba’s track in particular kept me interested. After watching this episode however I am more disappointed than ever mainly because of this hodgepodge of film and drama in which some scenes are dubbed and other are not and most importantly although the drama is not fast-paced yet there are so many times when I feel like some of the developments are rushed. Another reason for this is that a lot of scenes are isolated events and although the characteristics of the character have been well-defined but the relationship between the character leaves a lot to be desired. Bin Roye does not only have a weak narrative but the addition of long scenes which have very little impact on the viewers or the story further disconnect you from whatever is happening in the drama. There are some dramas that keep you glued to your television screens and there are others which give you very little reason to pay attention and unfortunately Bin Roye is turning out to be one of those dramas. With every passing episode instead of getting closer to the characters, I find myself finding it difficult to keep my interest alive. 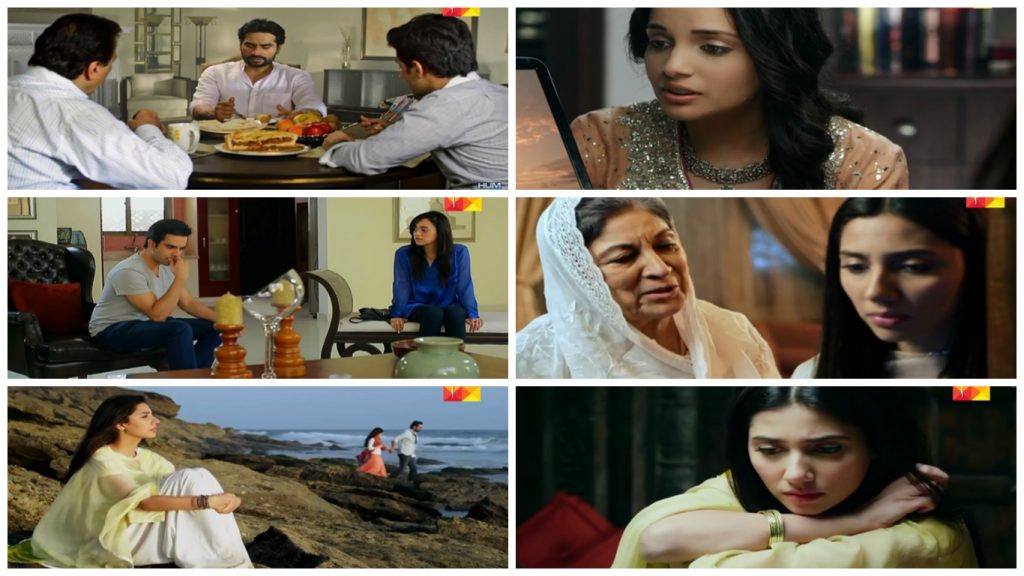 The biggest shock in tonight’s episode was the news of Sonia’s pregnancy. There was absolutely no need to add such a grim twist to the story just to get Safeer and Sonia married. Irtiza and Saman decided to move to the US; Saman got so emotional in the previous episode because she was getting married but there wasn’t a single scene in which she said goodbye to Saba in this episode. Same was the case with Saba and Irtiza too. This was the perfect opportunity to add a few emotional and powerful conversations but it is just plain sad that the writer so far has not made the most of such opportunities. Once again the viewers were shown how Saba felt about this entire situation through a song sequence which in my opinion was the easy way out – adding the song from the film – instead of writing situations and conversations which would have conveyed Saba’s feelings better. When the song ended, everyone had moved on with life, Irtiza and Saman were in the US and Saba resumed her studies! The first scene covering Irtiza and Saman’s life in the US was dubbed and definitely did not fit in. It is becoming more apparent now which scenes have been taken from the film and which one’s were shot for the drama because of the incoherence and the way they have been shot. Although in the beginning I had no issues with the scenes which were taken from the film but gradually, mainly because of the lack of detail, I think that making a film and a drama together was a really bad idea! Irtiza’s feelings regarding change in Saba’s behavior were conveyed through two scenes, which did not seem enough considering these two people were so close to one another for so many years.

I hate to sound like a broken record but the family life in Saba’s house has also not been translated on screen accurately. Saba has never been showing sitting with her parents and talking to them, which does seem really odd and makes one wonder what kind of a relationship these people have with one another. They live in the same house but never interact! 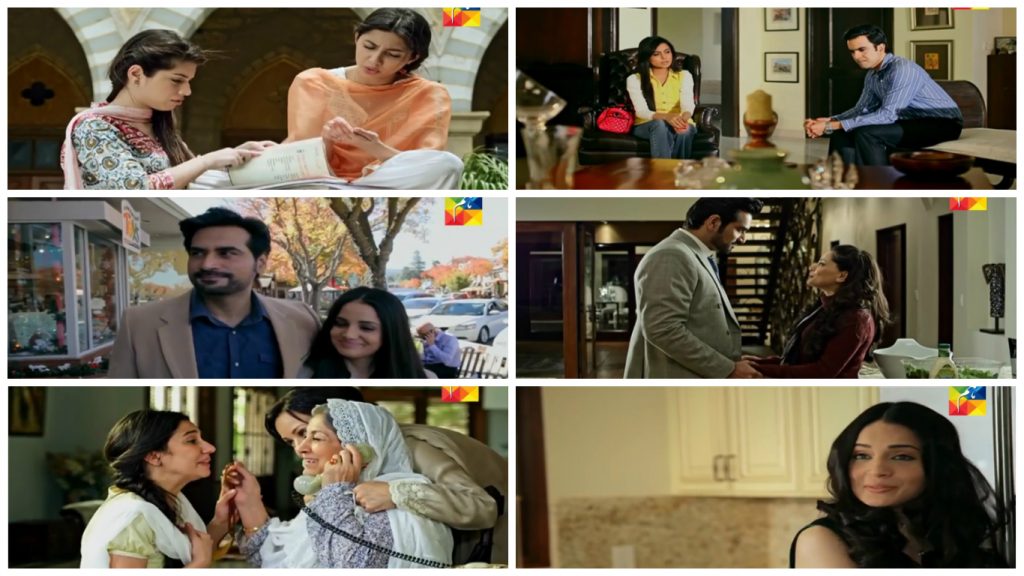 The timeline in this drama is seriously confusing, when Saba and Saman talked, Saman mentioned how badly she wanted to visit, which suggested that a lot of time had passed since she came to the US but later on the conversation between Safeer and Sonia suggested something completely different. Saba’s reaction to the “good news” was even more confusing then the timeline! Irtiza and Saman were more believable as a couple in tonight’s episode but unfortunately most of us who have watched Alvida know exactly what is going to happen next!

The preview of the next episode showed that Saba will go to meet Saman and Irtiza, I am waiting to see how that development is covered since she could not stand being around them and was hoping they would go away not very long ago! I am wondering if Adnan Malik has a real role to play in the story or is it going to be another guest appearance.