Ohkay so, this was yet another engaging & intense episode of Cheekh. After this episode I am even more excited to tune to Cheekh now because it seems that they are now taking the story to the next phase, which is Mannat’s battle to get the justice for Nayab & her family after finding out who the culprit is. It does look like the story is almost past the stage of clues & hints & I can’t wait. Cheekh has been intelligently tackled so far & I hope they keep up with this pace in the remaining episodes too.

The Secret Is Almost Out:

Wajih couldn’t really stand the idea of being doubted in this entire situation, that is why he was upset. Wajih does know that Mannat was emotionally attached to Nayab that is why after complaining a bit about her behaviour he didn’t bother clarifying himself much but when he felt that even Yawar was kind of asking him questions, he immediately stopped him from doing that to put his heart to ease. In this entire scenario, it was quite interesting to see how Wajih stood his ground in front of Yawar, it is like he knows that Yawar was always going to be on his side, that is why he not only told him about Shariq but also emotionally blackmailed him but posing to be not having food as he knew that Yawar would then make sure that no one else questions Wajih again ever. The fact that Wajih knows that he has Yawar’s unconditional support does make him quite relaxed & kind of confident because so far Yawar has assured him that he would not let anything happen to him! 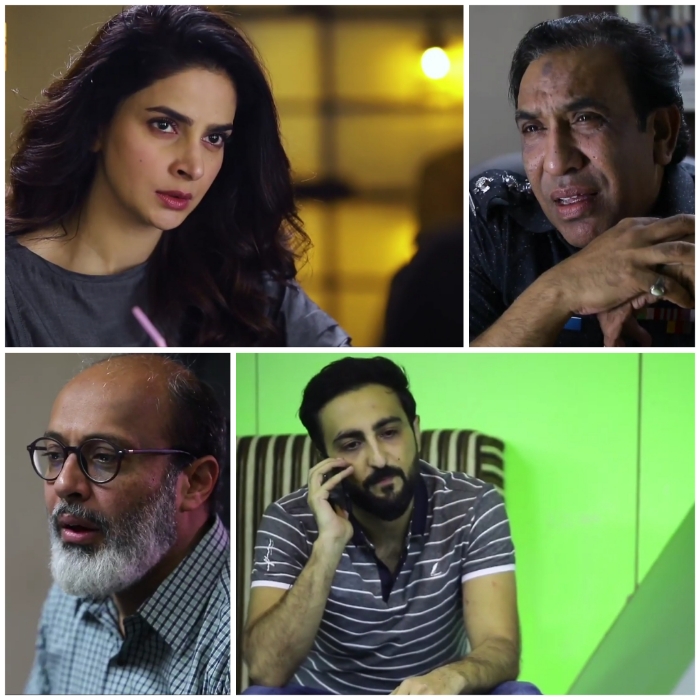 Mannat continued to grieve Nayab’s death & she just couldn’t stop talking about her. It was shown quite realistically that talking about Nayab was basically a catharsis for Mannat & after every round of crying, she was slowly & steadily mustering up the courage to face what had happened & what she was supposed to do next. Unfortunately, so far Mannat has still not gotten the kind of emotional help & support she deserved to deal with this loss. On the surface it did look like Mannat was just being emotional but quite gradually she was making a progress & learning to deal with this pain her way which actually was now going to turn into her strength.

Mannat’s conversation with Shayan kind of showed that at the moment, Shayan was also upset with how Nayab’s father behaved with Wajih & that he was unhappy with how his entire family was being affected because of her tragic death. For now it did look like Shayan wanted Mannat to get over this, plus his cold & indifferent attitude was very believable considering the fact that Shayan was not present there to witness it all himself. So far, Shayan has only heard what happened & he can only analyse things from a distance without knowing the gravity of the situation, so yes, even though he sympathizes with Nayab & feels for Mannat, he is putting his entire family & his wife on the same pedestal, that is why he wanted Mannat to move on so that it doesn’t affect his family further. I so hope when he comes back, he ends up supporting his wife but it does look like they all are a close-knit family, so Mannat will be left alone in this fight! 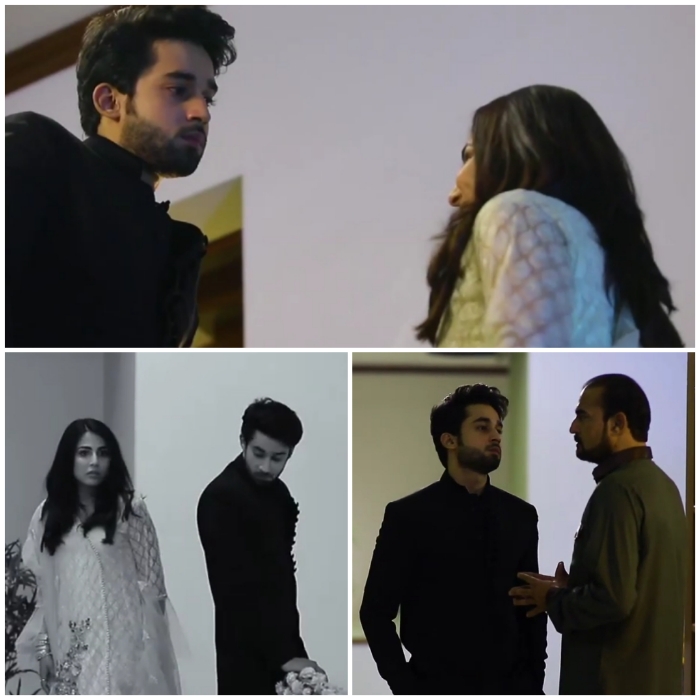 Finally, the actual statement of Nayab which stated ‘Raja Behria Hai’ made it to Mannat & Amir Khan finally told her everything. Even though it did look like Amir added some of the details himself but as far as the actual statement was concerned, he did convey it to Mannat. Well, when the episode began & the way Yawar behaved after finding out that Wajih gave Shariq’s contact details to the police & mentioned his name as a suspect, I did feel that Yawar could be the culprit too because he kind of seemed relieved at the fact that the police will steer away from him but as the episode progressed, it was made obvious that the culprit actually is Wajih & Yawar’s sighed with relief because he could see that Wajih will also do what it takes to protect himself. Honestly speaking, if I keep aside all the hints & clues that have been given so far & only go by what Nayab said, I totally believe that she meant Wajih because why would she refer to an older brother-like figure Yawar or a complete stranger Shariq as Raja? For Nayab, Wajih was the Raja because that is what Mannat & her inside joke was, therefore, it is definitely Wajih!

Well, coming to those scenes that showed Wajih being in close proximity to Nayab, the first witness was the servant Saleem & the second was Shariq himself. The way Saleem painted a different picture in front of Nayab goes to show that everyone will support Wajih in this & no one will actually help Mannat out by telling her the truth. Shariq however, contacted Mannat to let her know that he saw Wajih in conversation with Nayab & I guess that will be enough for Mannat to be sure. Also, another thing worth noticing in those scenes was Wajih’s body language; he did seem confident, authoritative & fearless – as if he didn’t care much about what Nayab will think of him. Though we still can not rule Shariq out but yes, it seems Wajih took his name because he knew that Shariq saw what he did or was about to do & just wanted to get back at him.

Overall, this episode of Cheekh was packed with some amazing amazing performances. Saba Qamar is outdoing herself. In every other scene I could feel that Mannat was in pain & that is only because Saba Qamar elaborated the emotions of Mannat just so perfectly. Bilal Abbas Khan was also quite convincing in this episode, Wajih was clearly lying & he made it look pretty effortless, which was good to see. I am interested to see the role police will begin to play now that Mannat has found the missing piece of puzzle. It is quite good to see a drama like Cheekh for a change which is not only done well but deals with a totally different subject in such a convincing manner. So far the team of this drama has given this subject a kind of treatment it deserved without glorifying or sensationalizing it & I just hope they continue with the same kind of treatment in order to make an impact. Please share your thoughts about this episode of Cheekh.