Finally an episode that was happening and also quite convincing. Rameen broke her silence because she thought that this was the right time to tell Azar and Manal the truth but Numair had everything planned just in case anything went wrong. Numair’s fabricated story was very intelligently planned but his plan could not have been a success had Rameen’s mother not supported him. Numair got away with everything yet again, something which all of us were already anticipating but the way it was done was very impressive! After what happened tonight Numair will only get even more confident (if that is possible!). Tonight’s episode was very well directed, it was fast paced and all the scenes were nicely put together and everyone acted brilliantly. I can’t praise Numair’s conniving ways and Syed Jibran’s acting enough. You hate his character but love the way he translates it on screen. This man is a pro at his game – I am talking about the character and the actor both!

Everyone’s reactions to what happened were also very convincing for a change. I wanted to shoot Rameen’s mother for doing what she did to her daughter but I understood why someone like her would do something like that. Unfortunately Rameen’s mother is not thinking about Rameen at all, she is thinking about how things will be if she tells the truth. She knows that Numair will divorce Manal and Azar is definitely not the sort of man who will live with a wife who has been raped. Rameen’s mother would much rather tell this lie and let her daughter suffer instead of bearing the responsibility of two divorced daughters. Unfortunately our society is full of women who think that they are completely helpless without men. This over dependence on men is what made Rameen’s mother did what she did. She wants her daughters to have these husbands in their lives because no matter how evil Numair is he is still providing for his wife and daughter and he is her daughter’s husband. When Rameen’s mother found out about the rape, her first reaction was that no one should find out otherwise Manal’s house will be destroyed! 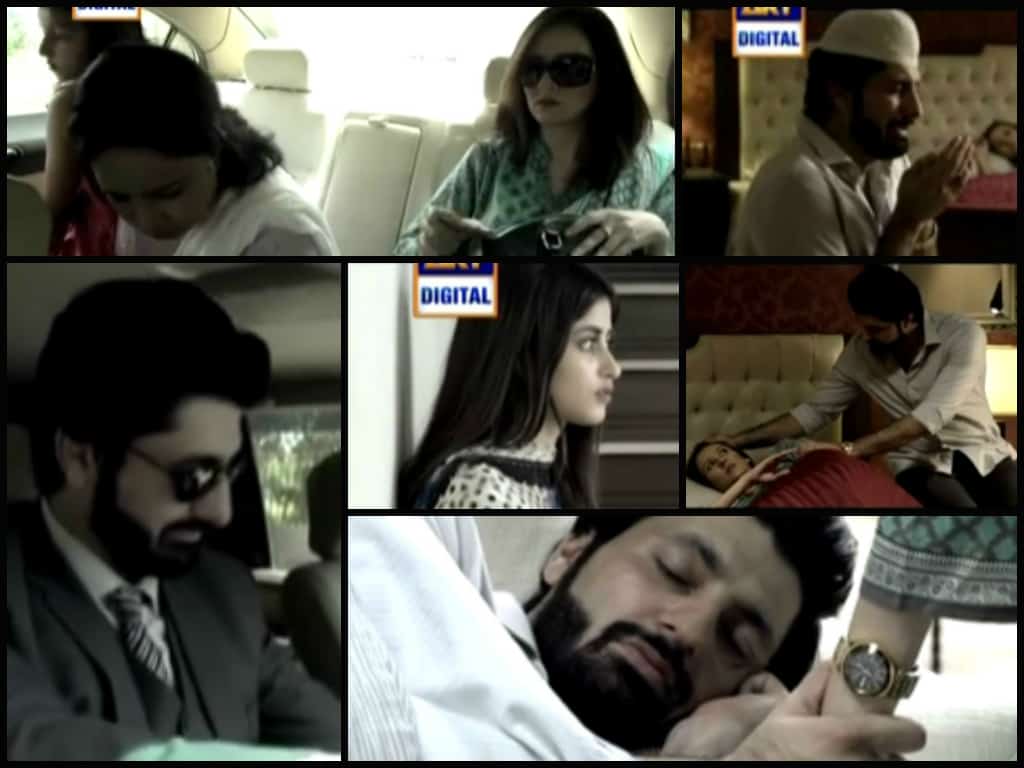 Azar’s reaction was not at all surprising either. He immediately backed off; it did not look like he felt for his wife or wanted to support her but he wanted to be away from her! It was obviously a very shocking piece of information for him but then if he really loved Rameen, he would have thought of her and not his own self. The second he found out that Rameen had a mental illness, he was relieved! He would have definitely left Rameen had her mother told everyone the truth, he is not the kind of person who can live with something like that.

I found Manal’s reaction very real, at first she was sure that Rameen was right. When she found out that her mobile was home and someone texted Numair she wasn’t very sure what to think but when she saw her husband remorseful and repenting, she felt for him. Her mother’s lie did not leave room for much doubt! But you just don’t get over these things so quickly and how can all of these people continue living under the same roof?

Rameen did come across as a mental patient today but the reason for her state of mind was the utter frustration of not being able to convince anyone that she had been wronged. Rameen’s mother betrayed her once again and this time in the worst way possible. Her entire family thinks that she is a mental patient. She mustered up the courage to tell the truth but no good came out of it. What does a girl do in such a situation? Isn’t she better off without such a family?

Numair won once again! Numair knew that this was a do or die situation for him, he had to do everything in his power to make sure that the truth was not revealed. Numair played all his cards right; he had already talked to Manal about Rameen making advances at him and he had told his Mother-in- Law that if she ever told the truth he will divorced Manal right there and then. I wish all this would have happened weeks ago and I hope that the story doesn’t start going around in circles yet again. Today’s episode was engaging but it was also a case of too little, too late. Samira Fazal has nailed Numair’s character and Syed Jibran definitely deserves an award for playing this character brilliantly.

So, how many of you think that Rameen’s mother should get the worst mother of the century award? And how many people think that Syed Jibran deserves full marks for his superb performance?