I was expecting a lot more from tonight’s episode because of everything that happened in the last episode but unfortunately apart from ami jaan’s health nothing substantial happened tonight. It was just another day in the lives of all our characters. Rameen’s mother continued to ask her daughter to do things that were certain to get her into even more trouble. Rameen told her mother that Azar hit her because she was wearing lipstick and her mother tried to convince her that wearing that lipstick might just be the key to success!! Rameen also told her mother that Azar will only get even more angry if she went and sat on the table with him and Numair but her mother insisted that it was the right thing to do! I don’t blame Azar for thinking that his mother in law was a party to whatever was going on between Numair and Rameen because that actually is true!! The only reason why Azar suspected his wife of hiding things from him is because her own mother was standing guard while Numair and Rameen were alone in the room. Azar needs time to think things over and Numair’s brain washing is not going to be a big help because it is quite apparent that Azar is getting confused because of Numair’s confidence. The way Numair tackles every situation is remarkable! When he is in conversation with anyone at all he is totally in control. He is the one who starts the conversation and he decides when it ends. 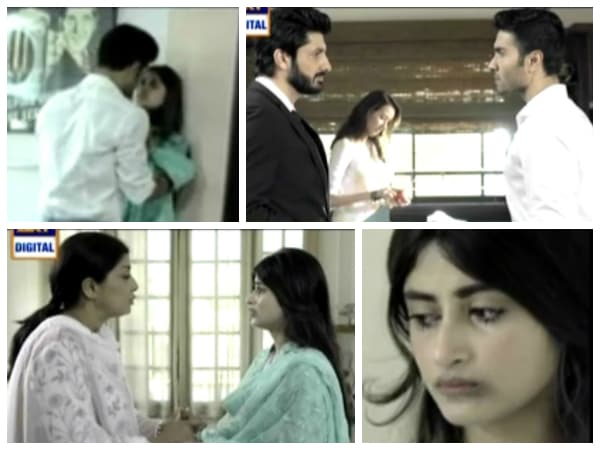 Manal’s reaction to her mother’s condition and the whole situation was yet another shocking development in the story. Manal’s ” upur Allah hai aur neechay aap ” kind of faith in Numair obviously makes everything much easier from him. It is sad that he probably derives half of his strength from this trust that his wife has on him. I have always understood Manal’s state of mind but tonight when she decided to abandon her mother, I was very disappointed in her. But we know only too well who she takes after! Rameen seems to be the only intelligent person in the family but no one listens to her. The way Manal convinced Azar to stay was not the least bit believable – why would this woman care about Azar’s job when she couldn’t care less about her own mother? And why would Azar want to stay with Numair now that he knows what went on between him and his wife? Numair gave him the option of leaving the house but it appears to be that he is like Rameen’s mother too – he is only thinking of the present and how things can be easier for him. 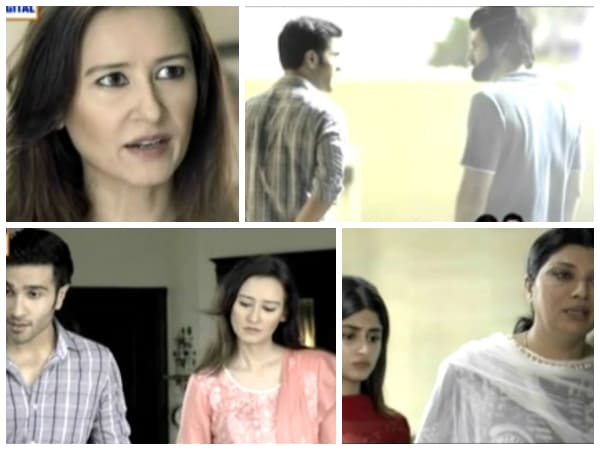 Rameen’s dialogue “ap jaise door andaish logo ka yehi masla hai, pass ki musibatei nazar hi nahi ati” was spot on. It explains Rameen’s mother’s state of mind perfectly. Everyone blamed Rameen’s mother in some way or the other and rightly so too. I had a very tough time feeling for her. Some of the dialogues in tonight’s episode were misleading probably because they were added only to prolong some scenes. We have seen Rameen and Azar trying to leave the house a lot of times now and we have seen Azar being convinced into staying back a little too often too. Rameen unfortunately takes abuse of all sorts a little too lightly, tonight when Azar hit her there was hardly any focus on that as if it was perfectly normal for a husband to hit his wife like that! Isn’t she better off in a shelter home? She is surrounded by “relatives” who don’t trust her and abuse her in one way or the other on regular basis. Rameen is intelligent and strong enough to think on those lines, I really hope to see her trying to do something tangible to get out of her situation. The story it seems is going around in circles at the moment; something big happens and things return to the way they were soon enough! This episode definitely had some great performances to its credit by all the actors but I am especially impressed by Feroze Khan’s outstanding performance because he is doing exceptionally well for a newcomer although Azar’s character is quite tricky because it involves a lot of different emotions.