This episode of Dar Si Jati Hei Sila had to be one of the most powerful episodes of this drama so far. It is always great watching a play which has been written and executed with the sole purpose of getting a specific message across as opposed to focusing entirely on shortcuts which would guarantee ratings. The director Kashif Nisar and all the actors involved have done complete justice to Bee Gul’s script which is why every episode of this drama is truly disturbing. Bee Gul is known for showing topics which are tabooed in a bold manner on screen and this drama is no different. I truly appreciate the fact that everything is being executed without unnecessarily sensationalizing different aspects of the story.

Every character in this drama contributes in some way or the other to the story which is essentially about Sila and Sadia but says so much about the double standards in Noor Manzil which I belive represents our society in general – people who are quick to judge women and expect a great deal from them too! The confidence with which Joi harasses and blackmails Sadia and the manner in which everyone covers up for him shows how easy it is for men to get away with something like this especially when they have someone powerful behind them. Sadia and Sila’s helplessness shows how difficult it is for a woman to survive in the society if her husband or father is someone like Sikandar! 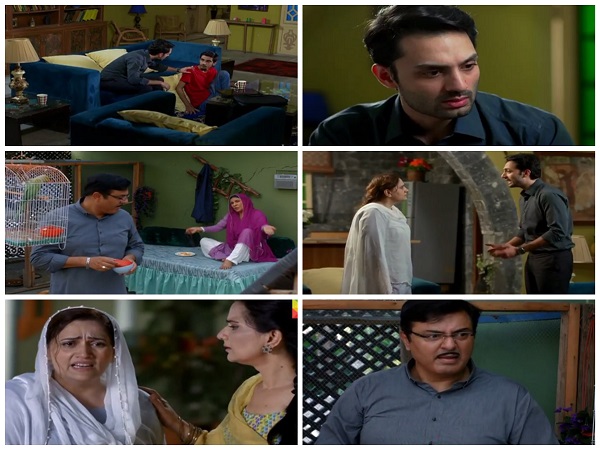 Sikandar’s overall attitude towards his wife in particular represents the shocking double standards in our society which are often accepted as “normal”.  Noshi’s character represents all those opportunists who put their interests above everything else. Zaini is a feminist who is bold and vocal but she is not a negative person. Her character won me over completely today because we don’t get to see such characters very often in our dramas. Until the last episode she appeared to be someone who did not care about anyone else except herself but tonight the viewers saw a very different side of her character. Zaini might not like Sila’s personality overall and she makes fun of her every now and then too but tonight she told Raheel off and gave him a reality check because she could not see Sila being put through so much only because she shared with her father what she thought about Raheel. Although Sila told Zaini that quitting college was her own choice but Zaini did not believe her.

Hathim’s character is an interesting addition to the play as well. He is the only person who cares about Sila enough to treat her like a living and breathing human being. Since he knows that he enjoys a special status in Noor Manzil, he used his position to help Sila in his own way. Hathim and Sila’s relationship shows a different side of Sila’s personality as well. He is the only person Sila ever has a real conversation with and the only person who keeps on reminding her that she deserves better. The scene in which Sadia shouted at Hathim clearly indicated that he was not Sikandar’s son. He is the reason why Sadia is being blackmailed and the main reason why Joi knows he can get away with anything at all. 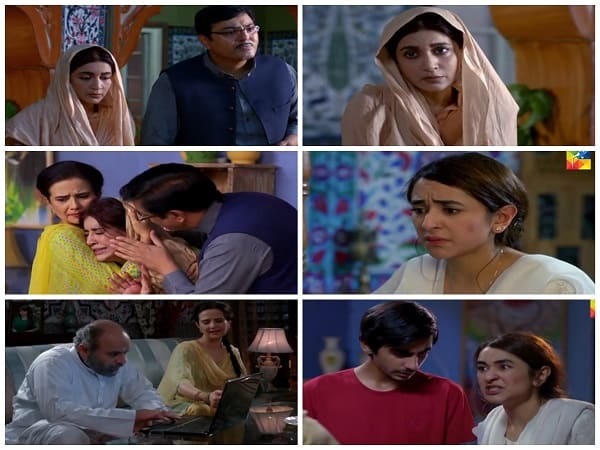 All the characters in this play are brilliantly etched-out and the story finally seems to be taking off now. Gradually, the viewers are finding out more about the characters and a few of them have some interesting surprises in store! This drama has some amazing performances to its credit as well. Nauman Ijaz is beyond brilliant as Joi, I personally know people who are his fans and are not watching this play anymore because this play makes them hate him as Joi! Saman Ansari’s performance in tonight’s episode in particular was absolutely faultless and extremely powerful. Yumna Zaidi is doing complete justice to a really difficult role. All the other actors are also giving realistic and impressive performances.