OH MY GOD! It was such a beautifulll episodeeeeeeeee eeeeee I am so excited LOL! Yes, I am so so so glad that they’ve taken us back to that signature Digest Writer experience that we all used to love this drama for. I just can’t not emphasize enough on how beautiful this episode was & how perfectly it was pictured.

So, finally, our Fareeda got to meet her hero Shehryaar. Their meeting & that whole scene was directed so brilliantly that it just didn’t matter how much Fareeda’s fan overacted or how loud the acoustic guitar in the background was, I forgot all of that just because we got to see Fareeda & Shehryaar in one frame, having a conversation face to face which was just so special. I really liked Shehryaar’s approach where he just didn’t beat around the bush & went straight to the point in order to ask what went wrong back then. Yes, even though Fareeda lied at first, she understood that this was her time & now there was no point in concealing the truth because she has finally found the one who’d understand her, who’d listen to her & the one who will heal all her wounds. ‘Tum hi rehne dain, app kehne walay to bohat mil gaye’, yes, Fareeda now knows that it was only Shehryaar who made her feel special & who connected to her on a different level; something she had long forgotten but just a sight of him was enough to resurface all the feelings she had ever felt for him. 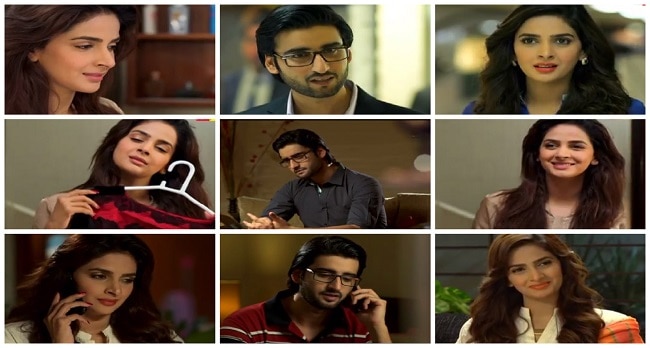 Ohkay so let me just confess, I take back whatever I said about Shehryaar being Mr. Traveller or conceited & what not, haha because he deserves all the respect for being sincere to Fareeda – again which is something that she didn’t get but totally deserves. I like the fact that they showed Shehryaar married someone as well because it makes it a lot more realistic. He got married but just because he couldn’t form an understanding, he parted ways with his wife but all this while he was in love with someone he fell in love with for the very first time. So, yes, Mr. Shehryaar you’re entitled to our respect & we’re extending it towards you. :)

‘Mujhe aj samajh aya hai ke jannat aur jahannum ka intekhaab insaan khud karta hai’. I just loved this dialogue, it’s simple but it covers so many aspects in so many different ways. Yes, it was nothing short of a hell for Fareeda to live with such a husband & coexist in such a family but I am glad that both Shehryaar & Fareeda have met at such a point in their lives where they have matured enough & they have gone through a lot to understand that what they had wasn’t just an infatuation, undoubtedly it was nothing but love & because of that, I feel they will now cherish each other’s presence in their lives. Shehryaar has understood that he loved Rushk-e-Hina no matter who she is & is ready to accept her with all her strengths & weaknesses whereas Fareeda now knows as well that she has nothing to hide & lie about, so she stands there with her head held high because yes, she has earned Shehryaar’s love too.

Oh so Aqeela thinks Fareeda ain’t tolerant, that’s rich! She should be the last person saying all that because if she starts counting the favours Fareeda has done for her keeping her dear brother’s attitude in her mind, she won’t be able to because that’s how much Fareeda has helped her all these years. It’s pretty clear that no matter what Fareeda’d do for them, it will never be enough. The freedom that they’ve allowed Fareeda to enjoy is actually a measly compensation for what they are getting in return from her so yes, these people can never change & the only & best way to deal with them is to pack them in a suitcase & throw them all in a sea, but I do agree with what Shaukat said to his mother, no matter how much support Sajida extends towards Fareeda & no matter how much she’d remind Shaukat to be nice to his wife, she is the one who planted a seed of hatred in his heart, so she is also responsible for ruining his relation with his wife & now there’s nothing that could undo that. 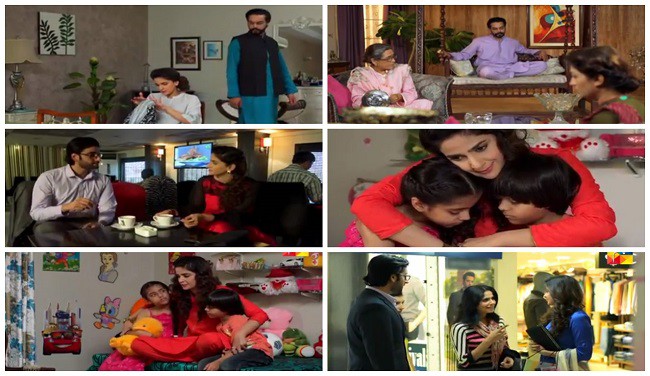 I was surprised to see Rida Anmol again. I love this drama because they never fail to surprise us, no matter how long or short a scene might be it shows how much the writer has paid an attention to detail, which makes the experience of Digest Writer completely amazing. Finally, what Shakeela said to Fareeda has come true, Rida Anmol is a nobody now & she must thank her ego for what she has gone through. I loved their meeting scene as well because without saying a thing, Fareeda said a lot & that’s the difference between Fareeda & Rida, she obviously didn’t forget what Rida did but she knows there’s no need of saying anything anymore.

Even though Fareeda & Shehryaar didn’t have a lot of scenes together, I loved the writer & director’s approach in taking it slow. They’ve reintroduced their track at a right time & they are dealing with it intelligently. I loved how Fareeda’s eyes brightened up when she saw Shehryaar & how her smile widened. I must say Saba Qamar has acted brilliantly in this drama because she portrayed all the emotions of Fareeda to perfection. It was so evident that Fareeda wanted to jump with joy after meeting him but she was trying so hard to control herself. ‘Mama sirf apne bachon ke liye kamati hain’, yes, Fareeda should know that this is exactly what’s fair, enough & needed because she has responsibility towards her kids & nothing else in fact no one else matters anymore. The preview seemed so interesting but I am surprised that her mother will try to talk her out of her decision of going for a second marriage whereas she knows Fareeda was never happy with Shaukat.

Well, before I conclude I must commend the makeup artist for keeping Fareeda’s makeup simple but giving her face a freshness & vibrancy. I couldn’t help notice how different Fareeda (Saba Qamar) looked in the flashback shots which goes to show that a lot of effort was also put in to portray how all the characters looked & a special attention was paid on them in order to match the age, circumstances & phases of their lives that they were going through. Saba Qamar looked absolutely beautiful & Agha Ali looked nice & decent too. This episode for sure belonged to our ‘kahaniyon aur deeramon ke hero heroine ki jori’. :) Share your thoughts about this episode of Digest Writer please & let me know how special it was? :)