Ohkay so, Dil Mom Ka Diya Episode 3 & 4 were fun to watch. To be honest when I tuned to this drama I had this idea that it is going to be a typical story with a lot of clichés to its credit but I must say, if directed & done well, simplest of stories & characters can look good & that is the case with Dil Mom Ka Diya. After watching this episode my thoughts have changed & I am definitely looking forward to the rest of the story because it is obvious that it has been handled with a lot of maturity.

Progress In The Episode:

This episode focused a lot more on Afzal & Ulfat’s relationship after marriage. Usually people think that those men who get married late are very rigid & stern but Afzal’s character turned out to be a breath of fresh air. Right from the beginning he got to realize that he & Ulfat are poles apart but he never once paid heed to their differences & only kept one thing in mind, that he had to make this marriage work & accept Ulfat the way she is. To be honest, Afzal & Ulfat’s couple & their relationship had the potential of looking cringey but the way both Yasir Nawaz & Neelam Muneer handled it & presented it on screen made it the most enjoyable aspect of the story that we have seen till date. Afzal continued to give Ulfat the edge & showed acceptance to her & she continued being unapologetically herself. 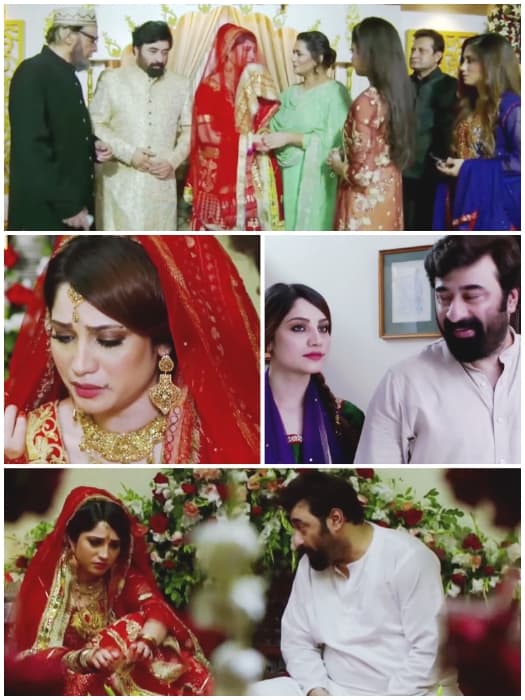 Even though Ulfat has that in her that she might not be liked by the viewers in general but I liked the fact that the writer kept her humane. Despite the objections Ulfat had regarding Afzal, she melted when she saw how fragile her father’s condition was & how Afzal was going out of the way to make sure he was treated well & had all the medical facilities. Who would have thought that a self-centred girl like Ulfat could put her father ahead of her & silently accept what he chose for her. Even though Ulfat was unhappy but even she never let that thought surface in her mind that she should put an end to this relationship.

I must say I found myself giggling when Afzal & Ulfat had their 1st ever conversation. Things could have been so so awkward but I loved the way it was carried out, with Ulfat just being herself & Afzal just letting her be. It was so sweet how Afzal didn’t take an offence to anything that Ulfat said as he was pretty much aware of their differences. I loved the way their relationship was carried out especially the scene when Ulfat goes to her house for the first time with Afzal & lets everyone know that she is married. It was interesting to see that Afzal never once told Ulfat what he expected from her & how she should behave, in fact he allowed her to be as he was aware of their age difference that is why he never expected her to change herself.

Salma & even Kausar took offence to everything that Ulfat did. I liked how the writer kept it realistic by showing that Ulfat & Aqmal could not have a good relationship, it happens & family members do have a lot of differences & personality clashes. Even though Kausar is the youngest but she was mature enough to tell Salma that Ulfat makes Afzal happy, so things should be left the way they are because by the end of the day, Afzal has no issues with his wife. I loved the scene when Afzal chooses to ignore things that Kausar & Azhar say about Ulfat & takes part in the party they all plan when she’s gone. Yes, Ulfat has an upper hand & Afzal has let go of a lot of things that she does but it goes to show that Afzal wanted to make this marriage work & believed in giving Ulfat the freedom she wanted while being also aware of the fact that the value of his family members does not change. 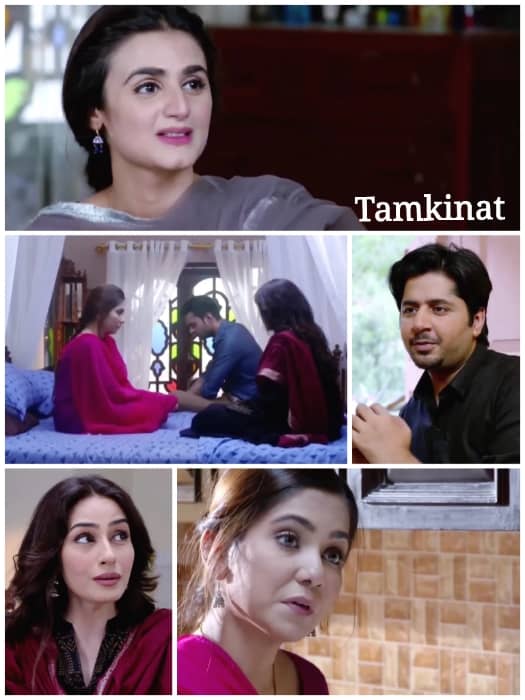 Tamkinat (Hira Mani) is the new entry who happens to be Ulfat’s cousin. Tamkinat is a polar opposite of Ulfat – she is sweet, considerate & soft-spoken & Azhar couldn’t resist getting attracted to her. I am sure Azhar’s interest in Tamkinat will serve as a bone of contention between Ulfat & everyone else & things will become pretty ugly.

Overall, this episode of Dil Mom Ka Diya was everything that I couldn’t imagine it would be. I thoroughly enjoyed watching it & I must appreciate the writer for making it all very realistic. Yasir Nawaz & Neelam Munir deserve a special mention because if it wasn’t for them & their phenomenal acting, Afzal & Ulfat’s relationship wouldn’t have looked this amazing with such effortless chemistry. It could have looked very awkward on screen but they showed how such couples not only exist but lead a very marital happy life too. All the other actors have done a great job too, they all have owned their characters & made things look pretty effortless. Hira Mani is a phenomenal actor so I am eager to see what she has to offer in this role – I just wish she had a shorter & easier name though but I guess in the future episodes I will change it to Tam as it is going to be convenient for me. So far I am super happy with this drama & looking forward to it. Please share your thoughts about this episode of Dil Mom Ka Diya.