Ohkay so, this episode of Dil Mom Ka Diya was again pretty basic. The story is pretty situational that is why despite it being a good watch, it doesn’t give me much to talk about. Dil Mom Ka Diya is a guilty pleasure sort of a drama that one can just watch for the sake of it without getting too involved in the story or characters!

Again, the focus of this entire episode was on Ulfat, her jealousy & her insecurities. It is unfortunate that despite having such a supportive & understanding life partner as well as being surrounded by people who do not meddle in her affairs, Ulfat keeps on looking for opportunities to create issues. The biggest contradiction in Ulfat’s perspective is that she herself does not allow anyone to have a say in her personal affairs but when it comes to others, she just can not help getting involved.

Ulfat has clearly drawn a line with Salma that she does not like her enough to entertain her therefore her plan of visiting Salma’s place clearly told that Ulfat was just looking for a chance to create trouble for Salma as well as Afzal. 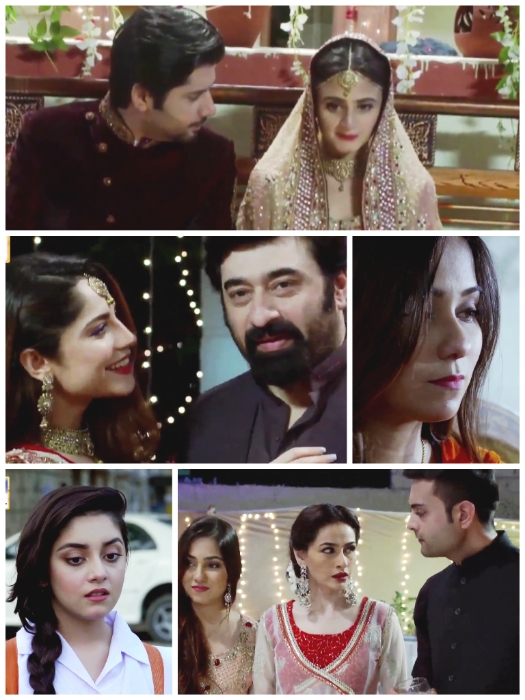 It is too obvious that Afzal is slowly running out of patience with Ulfat that is why in this episode especially, he was seen snubbing Ulfat & setting her straight where she went wrong. Afzal has treated Ulfat with a lot of kindness & he also doesn’t even respond to her negativity but Ulfat doesn’t see that. I liked that Afzal told Ulfat honestly that only because she created a scene before, Salma did not invite Ulfat this time to meet Kausar’s in-laws to be.

Tamkinat has already secured a place in everyone’s heart for herself. She is genuinely nice & because everyone in Afzal’s family has only had a bad experience with Ulfat, they are treating Tamkinat with a lot of respect as they can now see that she is way better than Ulfat & is not like her at all. It was amusing to see Ulfat going through so much of hassle to only compete with Tamkinat on her Nikkah but it again shows that because there’s nothing wrong in her life, these petty things are her adventures & are things that excite her.

Afzal was hurt because of the way things were returned from Ustad Jee’s house. It was good that no one beat around the bush & they all clearly understood that it definitely must’ve been because of Ulfat. Tamkinat’s stance on supporting her Chacha & Chachi was heart-warming & the conversation that took place between her & Afzal was sweet too.

The best thing about Dil Mom Ka Diya is that things are pretty straight forward & there is no miscommunication or communication gap between the characters. Everyone in this drama is shown to be pretty mature & wise barring Ulfat’s character & that is why they all try to solve a matter as soon as possible without going around in circles. Salma did not like Ulfat’s attitude so she clearly told Afzal. Ulfat complained & Afzal told her the truth too – this is something that does not usually happen in our dramas as the writers rely heavily on misunderstandings to prolong the drama but that is not the case with Dil Mom Ka Diya & that is what I like the most about it. One mistake that I noticed was Tamkinat in stead of saying Mubarik Ho Kausar says Mubarik Ho Zubi in the rishta pakka scene – in the flow she took actor’s name in stead of the character’s. These things definitely need attention because it define & elevate the overall execution of the drama. Please share your thoughts about this episode of Dil Mom Ka Diya.