When the promos and pictures started surfacing for Dil Nawaz, honestly my first instinct was that it will be a stupid try at horror genre with people screaming and objects floating in every second episode. But Dil Nawaz literally came out as a pleasant surprise for me. When the first episode came out, it was a clichéd start, with Aijaz Aslam and his family shifting in a haunted house and then leaving it due to supernatural stuff. The start may be clichéd but the drama as a whole is a great package, it shows the evils and manipulations prevailing in our society. Eight episodes are down up till now and let’s break how everything went on: 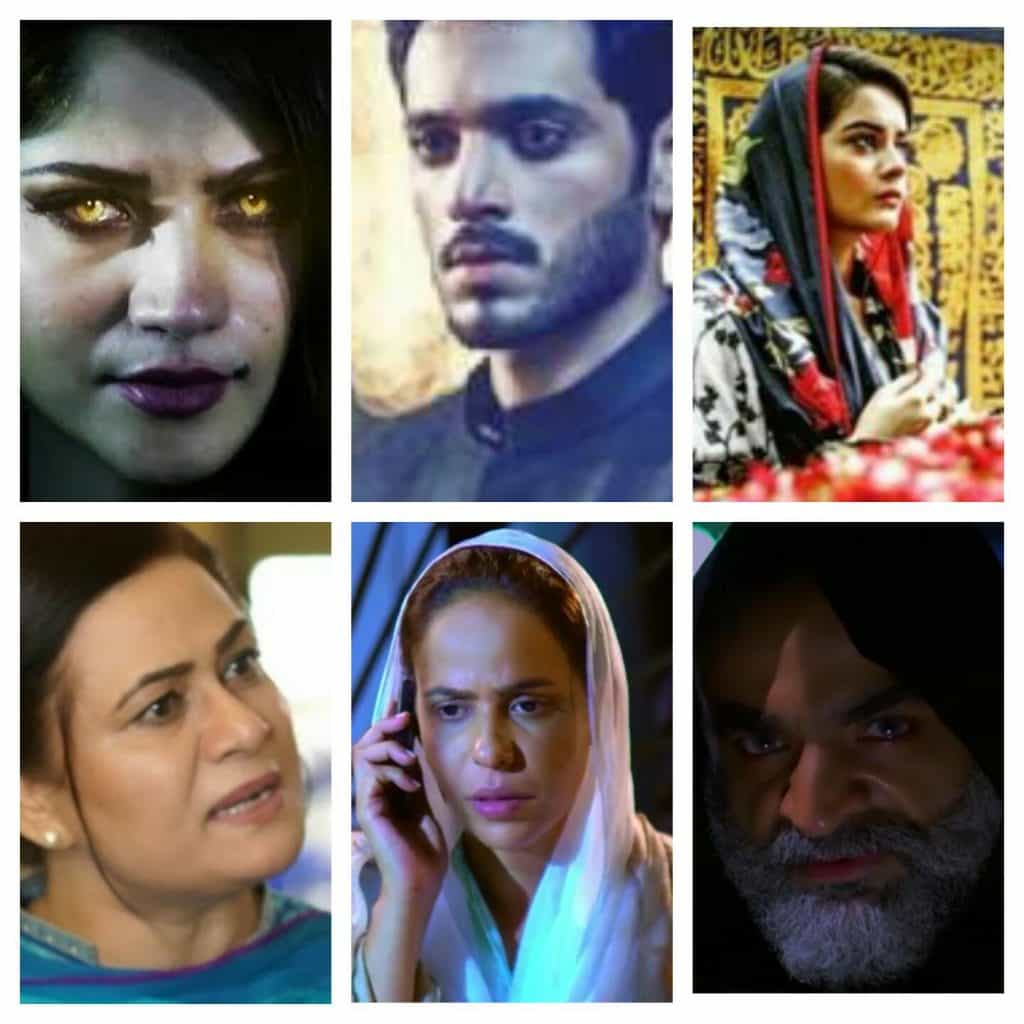 The writer has hands down done a great job. All the characters are developed with accuracy and that takes the story forward. Alam Ara (Zainab Qayyum) and Jahan Ara are two sisters who have mastery with magic and control over supernatural beings. They inherited the knowledge from their father but Alam Ara has become super greedy and manipulates and harm people who come to her. Hazrat Bibi aka Alam Ara has cut off all ties with the normal world due to her devious deeds and with the recent developments, looks like she is the one who has forced to do Jahan Ara the same.

Next, comes the two lovebirds Fawad(Wahaj Ali) and Kiran(Minal Khan)who are neighbours and want to marry each other. Fawad is a young doctor and his character is probably one of the very strong male lead characters of recent times. He stood for the right and protected the character of the girl he loved even if he had to go against his mother. Kiran, on the other hand, is a great daughter. She loves Fawad but she is not “Mai tumhare liye sabb ko chorr doongi” type. She has self-respect and she loved and respected her mother to the extent that she left Fawad to protect her mother’s honour.

Fawad’s parents are Waseem Abbas and Nida Mumtaz. His father is chill like a glacier and his mother is heated like a volcano. She is not only possessive but pure evil too. She can go to any extent just to get the results she wants. Her objective in life is to get her son married to her sister’s daughter kyunki unki industries hain. Kiran’s mother, on the other hand, is a single parent who has worked hard all her life and supported her daughter when she chose Fawad as her life partner. Her character is very positive and a treat to watch.

And yes the main and titular character, Dil Nawaz. Dil Nawaz is a supernatural entity. She is under Alam Ara’s thumb and has to do everything to please her. Her character is not black and white but grey. She harms people on Alam Ara’s orders but regrets it too. She didn’t even want to manipulate Fawad and Kiran’slove because she saw they were serious about each other. Fawad is the first person she has let stay in her house and she will fall for him hard.

The story has now become a love triangle because Dil Nawaz has fallen for Fawad. On the other hand, Kiran will seek Fawad because there is a person warning her to help him. We will have to wait to watch the next developments in the story now.

Wahaj Ali has performed exceptionally from the start. From a love-struck doctor to a person who stands for right, he portrayed every emotion flawlessly. Minal Khan is good in her role too, her scenes with her mother are the best ones. Her performance was a bit weak in the scene where Fawad comes to talk to her at her engagement. It could have been more emotive. Zainab Qayyum and Nida Mumtaz are the best performers until now. The way Zainab is portraying the character of greedy and hungry for power Alam Ara is exceptional and Nida Mumtaz looks like a true obsessive mother who just wants her child to do what she wants him to do and see what she wants him to see. Neelum Muneer is undoubtedly one of the most beautiful supernatural entity in the history of the horror genre. Her dialogue delivery is lacking but her expressions and those orange death stares make up for it.

The direction of this play has been a plus point for it up till now. The story is moving forward smoothly and there are mostly no useless scenes inserted just to prolong the drama. And thank God, there are no floating sheets and broken vases after every scene since they are the only two things which happen in our supernatural genre. The overall look and feel of the play are exciting and for that credit goes to the director.

A fitting OST and Alycia Dias’s voice actually makes it sound magical and supernatural. Yes, it is different from the typical OSTs but the drama too is. The theme music when plays in the background gives a feel to the overall story. Here is it if you want to listen to it:

So eight episodes down and I am unexpectedly loving Dil Nawaz. I hope they don’t start dragging it reasonlessly which is a plague that hits all the dramas I start liking. But since the news is that Dil Nawaz will have about 25 episodes, I am a bit relieved. This is a treat to watch, a successful experiment and I will look forward to the next episode.

Have you watched Dil Nawaz? Share your thoughts in comments!