…& the awesomeness prevails. I am so glad that finally HUM TV has given us a promising drama which is perfect in so many ways. All the situations, all the emotions & all the characters are just so realistic that you can’t help forming a connection with them. I think Farhat Ishtiyaaq has done a brilliant job in giving us such a simple yet amazing story & for that we’re obliged.

The transition & the progress of the story couldn’t have come at a better time. I believe they took a decent amount of time to set the grounds for what will happen ahead that’s why now it feels like we’re ready to see what more do they have in store for us. I like how they didn’t keep even a single detail from getting covered because it now gives us a clear picture of so many aspects.

I liked the way the characters of Wali, Faarah, Zarmeenay, Moeez & Erum were introduced but I also liked the fact that even though the focus was shared by all these characters, the elderlies are still running the show. It was just so evident that Wali is a carbon copy of Suhaib. He is just as compassionate & responsible like Suhaib was when he was of Wali’s age. The only difference is that Wali is the eldest son which is why being responsible comes to him naturally but as far as Suhaib is concerned, he was youngest but he still did what any responsible person would do to keep his family together in one place. I loved the relation both Agha Jaan & Wali share. It is pretty obvious that Agha Jaan still has a dent in his heart because of Behroz’s absence but that place is somewhat filled by Wali’s presence in his life. I loved seeing Suhaib, Arjumand, Agha Jaan, Wali & Zarmeenay in one frame because they make a picture perfect family that is content with each other, relies on each other & is complete in so many ways. 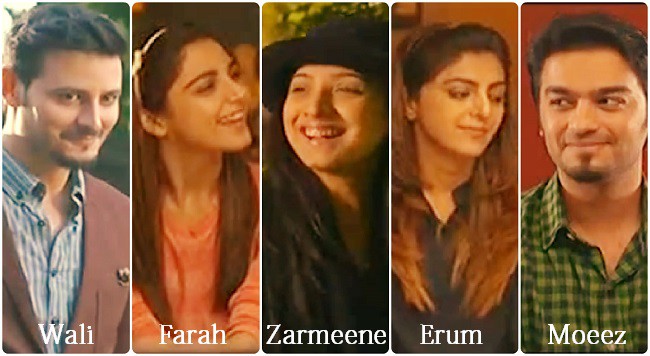 Behroz has done well for himself & his family. Going by how Faarah is, it seems that Behroz has given her an edge to allow her heart to steer the course of her life. Obviously, what Behroz went through is something he doesn’t want his only child Faarah to go through as well that is why; he has given her something which he couldn’t get & that is freedom. For now I liked Faarah’s character a bit more in comparison to Wali’s because she may be blunt & spoiled in a way but she has that child-like innocence to her which draws you towards her.

Just like Suhaib said, Faarah is naturally inclined to & is very keen to know about Behroz’s family but what Ruhina said also made some sense this time around. In front of Faarah, she sketched them in the same perspective that she has based on the first & the last encounter she had with them. However, going by how much time has passed, I really thought we’d get to see them all a bit loosened up but seems like both Ruhina & Behroz have bottled up that bitter memory which is why, they can’t seem to forget anything related to that & haven’t moved on at all.

I still feel a lot for Suhaib. Even though he compromised in his life & somehow found a way to just be happy with what he got, he still doesn’t deserve to get rebuked by Behroz time & again. It seems that Suhaib has been trying really hard to bring Agha Jaan & Behroz together for the past 20 years but ohkay, even if Behroz doesn’t want to go back to Agha Jaan, the least he could do was just be a bit more candid & cordial with Suhaib because by the end of the day, Suhaib is not at fault so he shouldn’t be facing the brunt too. I found Behroz just as unreasonable as he was before & like I said, I really thought I’d see him getting a bit easier but he seems quite incapable of that. All the things that Suhaib said went to show how eager he was & how much he wanted to bring his family back together but seems like he’ll have to try a bit more. 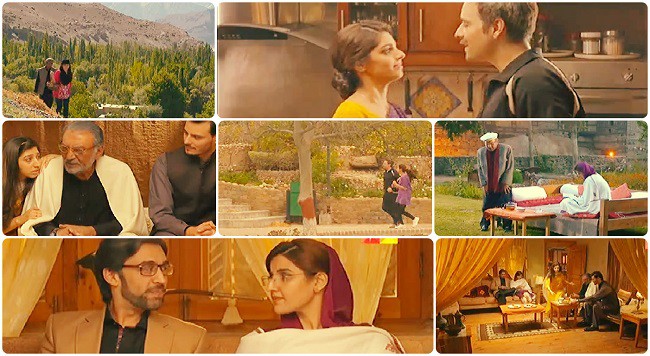 One thing that I found interesting was that after Behroz’s meeting with Suhaib, Behroz resorted to lying & he seemed pretty comfortable with that. It’s understandable that he didn’t want Faarah to know who that ‘uncle’ specifically was but he couldn’t bring himself to share that detail with Ruhina too & that kind of makes me question the strength of their relationship. Yes, they are very much in love & are very happy with each other but where’s that bonding & where’s that comfort of relying on each other, which is a pivotal part of any husband & wife’s relation? Behroz is very happy with Ruhina & he is satisfied with how his life has shaped up but it still feels that he doesn’t rely on his wife emotionally & that all of a sudden makes their relation seem a bit weak. As far as Ruhina is concerned, Suhaib in just one visit could see & feel the restlessness Behroz’s face was embodying but why is it that in these last 20 years, Ruhina couldn’t understand that Behroz was struggling within & why didn’t she give him an edge to channel out all the things that were building inside him? Yes, I do understand that Ruhina has all the reasons to be bitter about Behroz’s family but she still seems selfish in a way that she is happy that Behroz has nothing to do with his family anymore. She can have the luxury of being in touch with her family but when it comes to Behroz, she can’t overlook that one incident & has been harbouring grudges ever since. I feel if Ruhina will move on, Behroz will move on too but just because they don’t speak about that subject, they both are stuck in a limbo.

I enjoyed the tiff Faarah had with Erum & all the things Zohra said were exactly what any typical relative would say. She isn’t as smitten with Faarah as Tajjamul & to some extent Moeez is & that makes her quite uncomfortable. It is too obvious that Ruhina likes Moeez & if she’d have to choose a guy for Faarah, she would definitely pick Moeez because she has always held him close to her heart but sadly for Ruhina, she doesn’t know that those people whom she refers to as ‘jahil’ will enter Faarah’s life & will change everything.

It was a beautiful episode & all the stories are being told perfectly. I loved the outlook of all the characters & I am glad that the makeup team resorted to a very natural & no-makeup makeup look for Maya Ali because she seems very youthful & fits the bill of a young & quirky character. Osman Khalid Butt didn’t get much coverage but he seemed a little too stiff at the moment, may be that’s the demand of his character, so we’ll see but overall, all the new additional actors performed brilliantly & I like the naturalness of their acting. The director has done an amazing job in keeping the acting as effortless as possible. I did miss the presence of Bedaar Khan & Yasmeen, they both were two beautiful characters. The preview of next episode seemed interesting too & oh, the reappearance of Laila’s character was definitely something none of us expected. I think Suhaib will get to share a few words with her & she will serve the purpose of being a friend who’ll be all ears to his feelings because even he can’t say much in front of Arjumand as he knows she has a scar in her heart too. Can’t wait to see more. Please share your say on this episode & let me know how much did you enjoy watching it? :)