This was another entertaining episode of Dobara which laid the foundations for some of the developments in the upcoming episode which might change the course of the story. I must say that even though Dobara is somewhat predictable, the story has been executed in such a way that it keeps you interested. The flawed characters in the drama also keep you guessing. Mehru’s track did not progress in the most progressive manner therefore I do not have a lot of hope attached to this particular character now. Hadiqa Kiyani however has done her best to accentuate the kind and graceful side of this character which is why Mehru might not be as likable as before but she is still bearable and not annoying. For the first time, I thoroughly enjoyed Mahir’s mother’s scenes, the performance was on point! Mahir and Shano’s interactions/scenes in this episode definitely served a bigger purpose. I can already see Shabbir conspiring with phupo and Shano being the voice of reason since she heard phupo and Sehar talking earlier. The lighthearted approach of the writer and the director make Dobara interesting. Even when the characters are going through the worst, there is always some humor involved whether it is in the form of phupo’s antics or Mahir’s witty dialogues.

The first half of this episode focused on Jahangir’s medical treatment, the role Mehru played in this situation, and Jahangir’s wife finding out the truth about Mehru. I must say that their scene together had to be the most amusing one in this episode. Fareeda Shabbir’s performance was remarkable in these scenes. The way her attitude towards Mehru changed was hilarious! It just goes to show how amazing Fareeda Shabbir’s comic timing is. This reaction was also completely in line with the character. Jahangir on the other hand did not feel good about Mehru paying the bills for his treatment especially because he knew his son was not even loyal to this woman. Mehru’s kindness and her willingness to help people in need have always been a dominant part of her personality. She is also extremely gullible especially when she sees someone else in a vulnerable situation. That is probably why she will end up believing and siding with Sehar when she accuses Mahir of harassing her.

Mahir and uncle Fareed’s scene was also another interesting addition to this episode. This was another development that was expected but it was pleasant to watch nevertheless. Through this scene, the viewers once again got to see a different side of Mahir’s character. He was intelligent enough to come up with such a plan and execute it. Not only this, he was smart enough to give uncle Fareed the credit which he knew would make him feel even better about the deal! Fareed’s opinion about Mahir changed completely and of course, this was a big step in the right direction for the business. This development was especially satisfying because Mahir’s gain was Zameer’s loss! Even now Zameer has no idea what is going on which I thought was strange since he is so well connected. 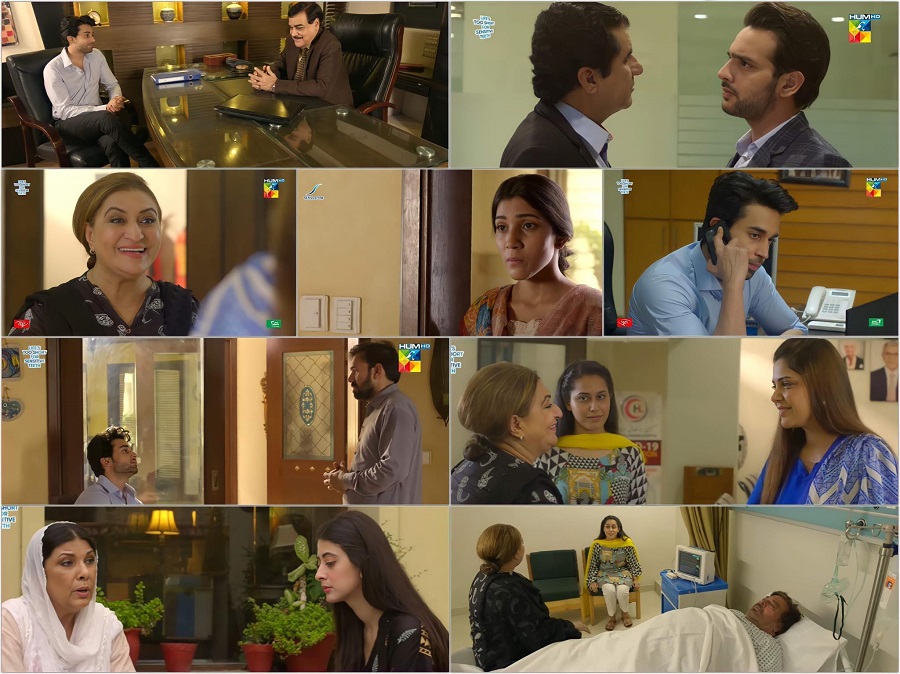 This was another episode that showed little of Zameer and Minal. While Minal is happy with her life and is keeping herself busy. Zameer is continuously thinking about his ‘loss’ after Mahir took over. This time around he blatantly asked Minal to ask her mother for money! It is unfortunate that someone like Minal has a life partner like Zameer, they are poles apart. There was not a single scene of Mahir and Mehru together in this episode which was odd! Lately, Mahir has been focusing entirely on the business and these two have not been spending as much time together as before.

Mahir chose not to call or meet his father; he does not want anything to do with his parents and even though it is wrong, you do understand where he is coming from. Shano and Shabbir’s scene covering Mahir taking a stand for Shano was perhaps the most important scene tonight. Shabbir is yet another person in the house now who does not like Mahir. Shano always supported Mahir and had a soft spot for him but this time around he won her over completely. I must say that even though everything that Mahir said to Shabbir was on point, realistically speaking no one would actually apologize after that, especially someone like Shabbir.

After watching the preview of the upcoming episode, I am certain I am not the only one who is really interested in finding out what decision Mehru ultimately takes. I have a feeling that this particular scene will come at the end of the next episode and we will have to wait another week, although I do hope that is not the case. A lot of people close to Mehru have more faith in Mahir now than they did before and then there is Shano who might be the one rescuing Mahir this time around! I am waiting to watch what happens next. The performances continue to be remarkable; Bilal Abbas Khan and Hadiqa Kiyani in particular never disappoint.