Ohkay so, in this set of episodes, the story of Dushman e Jaan took such a turn that no one expected & I say that in a good sense because all that happened was not only nice but showed how Rubab & Hatim strengthened their bond. In the initial episodes, I felt that maybe the story took a very typical turn & they might drag or slow things down a bit but I was pleasantly surprised to see none of it happening because they got done with all of it within these episodes. The preview last week was again misleading & it seems they skipped the events of this week entirely but again, that’s nothing to complain about & probably did help in keeping the viewers hooked.

In these episodes, a lot of things were made clear; the first one being that a problematic person can never find good in his or her life no matter how hard they try. Another one is that no matter how hard you try if your intention isn’t right, you can cause no harm to those who are pure in their intentions. It was shocking to see Nighat go to Hatim’s house for her selfish reasons & not only that, the moment she found an opportunity, she tried to badmouth Rubab, thinking that will earn her some brownie points.

At first, I was actually concerned that this entire misunderstanding might drag & slow down the progress of the story but I am glad Sarwat Nazir kept it short & sweet. I actually lowkey hoped that we’d get to see another pairing like Haider & Mishi from Besharam who talked things out & dealt with their issues then & there because they strongly believed in communication. To much relief, the same thing happened between Hatim & Rubab where they spoke about what was bothering them & then it didn’t take much longer for Hatim to figure the entire situation out to put a stop to it. 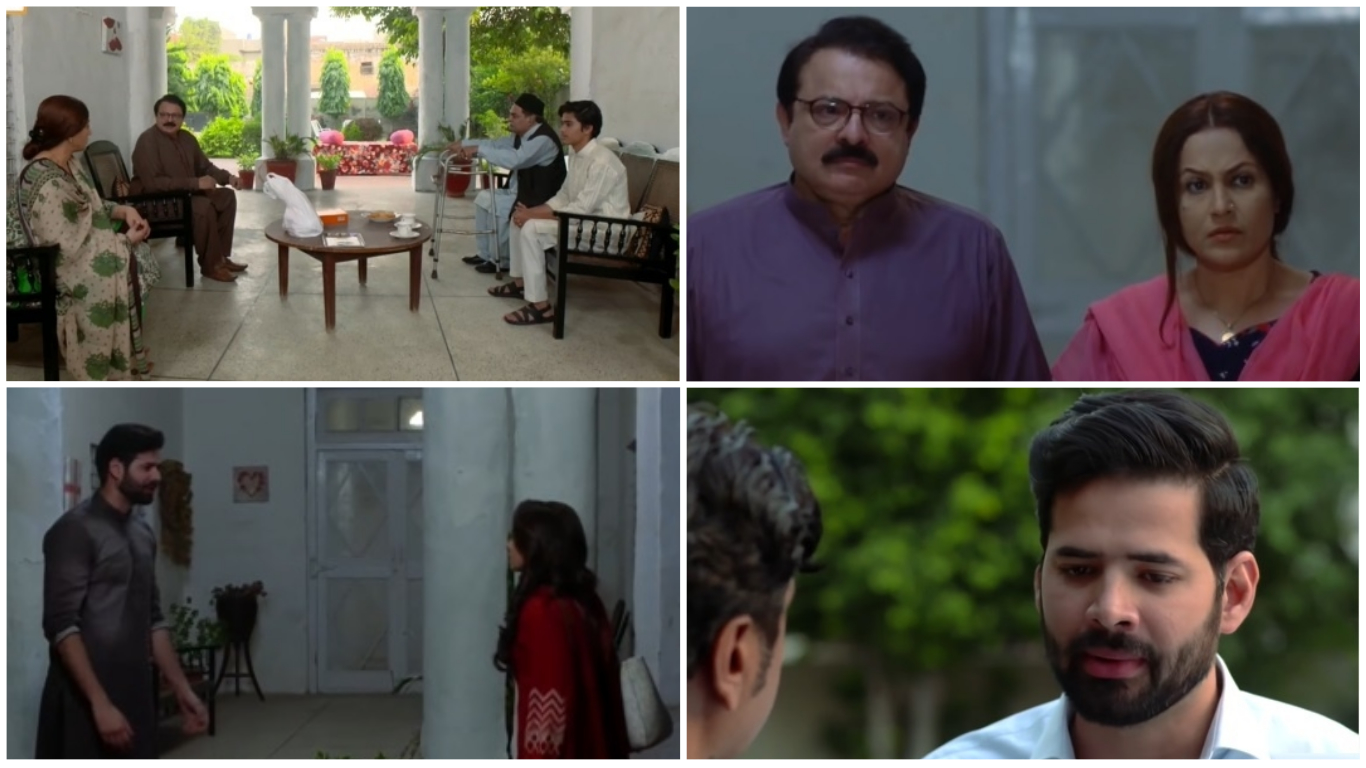 Hatim has actually grown as a person, it shows every step of the way. It is such a nice transition to see him being guilt-stricken to someone who is totally in love & after putting everything in the past, he is trying to be a better version of himself every single day. Hatim has not given Rubab any reason to complain or doubt him but yes, unfortunately, his past mistake which cost Ramsha her life is a reality that can not be undone!

I will however say that as much as I found Rubab’s character a bit too plain, I kind of liked the fact that Sarwat Nazir showed her like that & even after her marriage to Hatim, she did not do anything to change herself. Rubab is who she is & that’s the best part about her. All this while, it was subtly hinted how she has not been able to move past Ramsha’s death & because this incident has caused her so much trauma, she still hasn’t completely healed or moved on. Talking about Ramsha every chance she gets, missing her & seeing life through her deceased sister’s perspective – all of this is now a part of Rubab’s personality & this is where the seriousness & maturity in her character stems from.

Although Rubab has learned to be happy & content with her life because she got more than what she ever imagined, but the way she always sounds practical to the point of being not driven by emotions makes her a very unique character. I am glad that although Ramsha was still a step ahead of her in garnering the liking of the viewers, Sarwat Nazir has given Rubab a very different personality & a complete one at that because very effortlessly, Rubab has emerged out to be an independent entity & is not shadowed by the fact that she is Ramsha’s sister. The viewers now know her as herself; Rubab, Hatim’s wife & life partner who has her voice & her own existence. 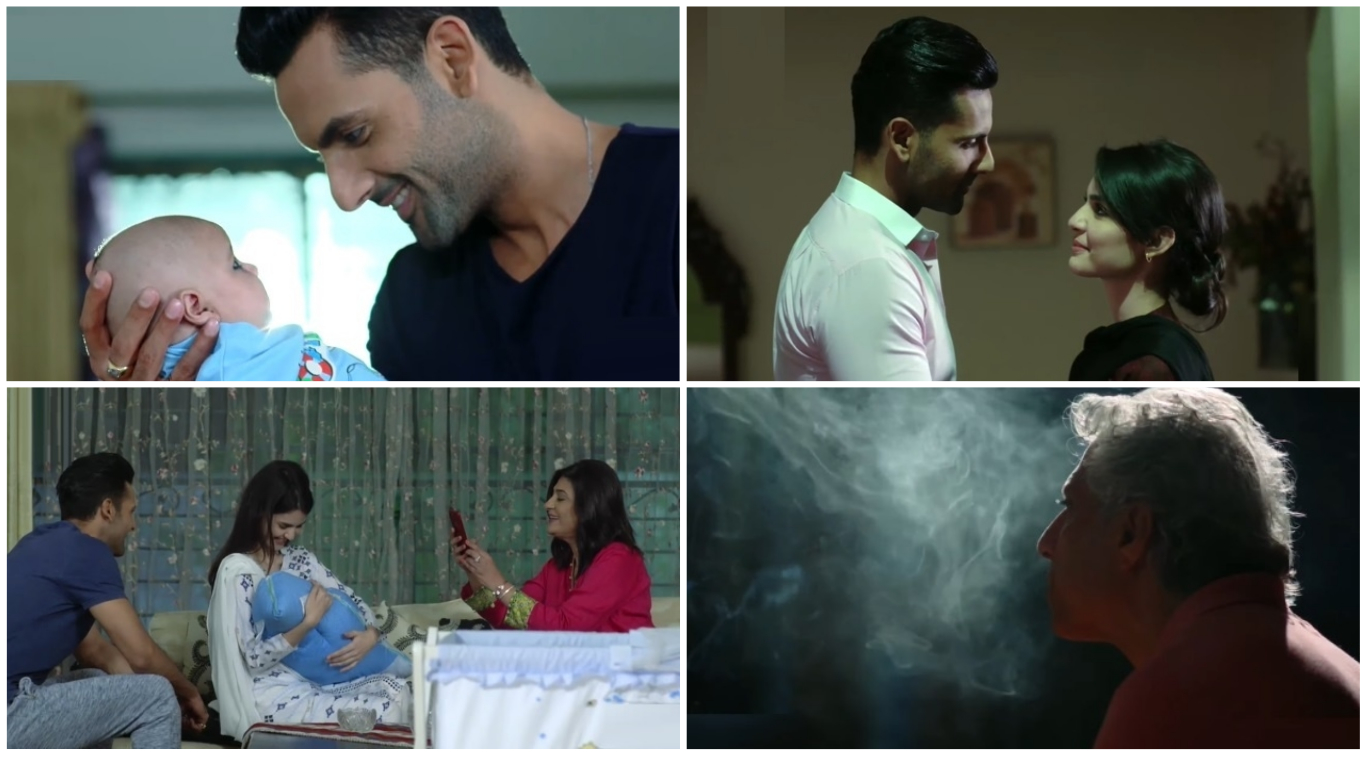 The entire scenario of Raina, Zaheer, Nighat, Kamal & Rukhsana was dealt with quickly & I am so glad it wasn’t dragged. However, it was beautifully highlighted how communication sets everything right. I used to say this while watching Besharam as well that this particular aspect of Haider & Mishi’s relationship was my favorite, therefore I will say that again about Hatim & Rubab. It also served as a chance for Hatim to actually realize that the thought of drifting apart from his wife was so daunting for him & he also got to live by his word. He got to show it to Rubab what she meant to him & that he was not ready to forgive anyone who tried to create a rift between them.

I may not be a fan of Kamal’s character but I will say, after seeing this latest episode tonight, I did feel for him. I feel just like Fiza got a second chance by Hatim to prove her love to him, Kamal deserves that chance too. Fiza realized her mistake & took the responsibility of making amends, I feel Kamal too was trying to do exactly that, which was definitely a nice shift in his attitude. I am glad that at least Rubab understands him & she tries to make Hatim understand too. Yes, the things Kamal did were far more grave than what Fiza was guilty of, but if she can get a chance, he too deserves it.

These episodes of Dushman e Jaan, despite being typical were still very interesting. The best part was that Hatim & Rubab did not sulk in the misery of miscommunication & misunderstandings. They talked to each other like any mature couple would & found a solution. Honestly speaking, there’s nothing more annoying than seeing wives or even husbands keeping things to themselves & not telling their better half even after all these years of togetherness – recent example Deewangi & Nageen’s chup ka roza – sheer annoyance. Anyways, coming back to Dushman e Jaan, this drama continues to exceed my expectations & I am glad that they covered these simple & beautiful moments that any newly wedded couple experiences such as moving in a new house together, getting used to new place & surroundings, dealing with different pressures & then finally welcoming the first child in their lives. The babies shown in these episodes were so cute – I say babies because I am assuming they all were different for different scenes & also to show the time-lapse.

Mohib Mirza has been very impressive as Hatim & so has been Madiha Imam as Rubab. I really liked their chemistry & their couple also sheds a light on the fact that people may see you as a mismatch but if you’re content & happy with each other than nothing else matters anymore. The preview of the next episodes show a lot more drama, probably the moment Hatim has been dreading the most, let’s see what happens. The direction of Dushman e Jaan is another best aspect of this drama & I am glad the director approached the script this way & executed it with so much clarity. Please share your thoughts about these episodes of Dushman e Jaan.