Ohkay so, these episodes of Dushman e Jaan had a few developments to their credit. In these episodes, it was shown how Hatim continued to help Ramsha’s family & as much as he wanted to draw a line, he just could not do that because he felt it would be too selfish of him. The main focus in these episodes was pretty much on Rubab’s wedding & how much she was willing to endure to please her father. The characters in this drama are really strong & they make you feel for them. They have dealt with so much pain but the best part about the execution of this drama is that the drama makers have not shown them weak or sympathy seeking characters, instead it has been shown how despite the toughest circumstances, they never lose hope.

Rubab’s Marriage & Events Related To It

After Hatim’s parents left, he was on his own. He tried connecting with his old friend, that too on her insistence but Hatim could not really find any reason to continue with it. Hatim can already see that she is emotionally invested in him but Hatim has grown so much as a person, that he really can not go back to his old ways. In such a short span of time, Hatim has matured & because he has experienced the difficulties of life by seeing Ramsha’s family experiences that he really is forced to reevaluate his purpose & priorities. Although the way Hatim’s character has evolved is very obvious & evident, there are these minute & intricate details as well which make it very interesting to read & understand him.

It was unfortunate that a lot of coverage was given to the character of Nighat, that too when she did not have anything new to say. All of her dialogues were very repetitive & her selfishness was cringe-worthy. She literally ruined Zaheer’s marital life & now due to her selfish reasons, wanted Rubab to put up with whatever she expected from her. I really wish I get to see Mohsin Gillani playing such a role where he too has a say in his household affairs because seeing him as an overly submissive & helpless husband is becoming repetitive. He always plays supporting roles but a little variety is always a good idea. It seems he walked from the sets of Jo Tu Chahay & is now playing the exact same role in Dushman e Jaan, with his dialogues being more or less the same as well.

The highlight of one of these episodes was when Ehsan lashed out on Nighat & showed her a picture of who her son Zaheer actually was; a coward with no backbone or brains of his own. Zaheer actually loved Rukhsana but to see him give up on the idea of saving his marriage also did not help in forming a good opinion about his character. As much as Nighat’s character is a demand of the script to portray the bitter truth of the society, seeing the men of the family taking charge of the situation would’ve been heaps better. 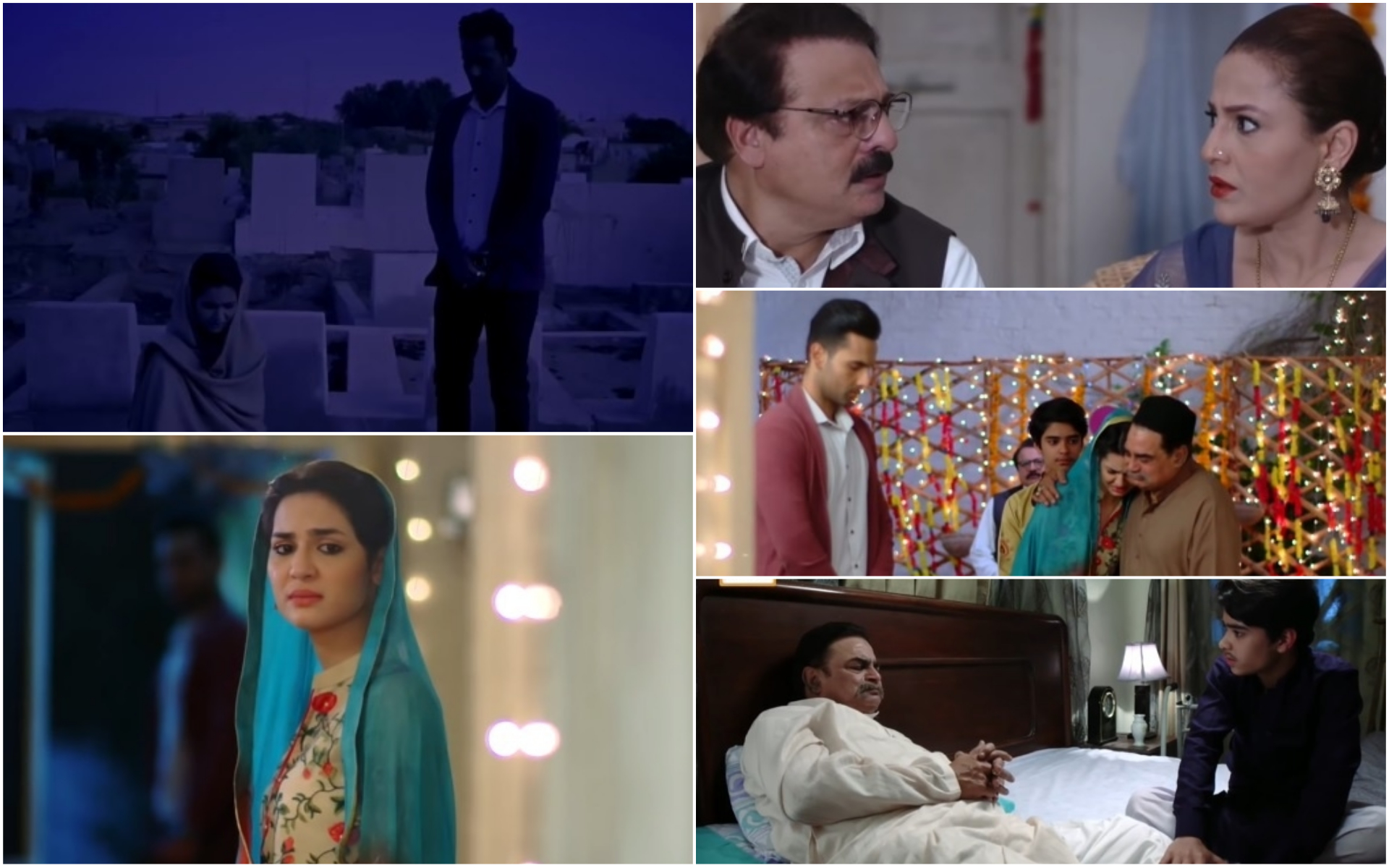 Rukhsana did have her own issues but then, she was not the culprit in this situation. She was used to the idea of being independent & choosing things for herself based on her own decisions but unfortunately, Nighat’s interference & negative attitude did not allow Rukhsana to feel a part of this family. Abid too won’t get a clean chit from me because although Nighat was the bad cop in this entire situation, he too did not help much & in fact played a smaller role in drifting Rukhsana & Zaheer apart. It was definitely upto Nighat & Abid to welcome Rukhsana, overlook her shortcomings & make her feel a part of the family, so that she too could find a reason to respect them.

I really liked when Ehsan took a stand for Rubab against Nighat & told her off for slandering his daughters but unfortunately that’s where it stopped. I so wish that instead of realistically showing Ehsan as a helpless father, the drama makers had changed the scenario a bit. I was glad that Ehsan stood firm on his grounds & showed it to Rubab that he trusted her completely but only for the sake of his own face saving, he ended up making a wrong decision. It was brilliantly portrayed that he did not have a good feeling about this proposal but because he wanted to prove it to Nighat, he ended up making a mistake. If he had not succumbed to the pressures, that would’ve been him backing his words but he failed to do so. Siddique Sahab, despite being a good human being ended up looking too pushy that too with an entire regressive mindset where he could not look past the mishaps this family went through & kept on talking about all those painful memories as a hindrance in Rubab’s marriage.

Another thing which I did not really appreciate was the way Ehsan treated Hatim after he literally saved Rubab’s life. Yes, he has always been shown as such a father who wanted to get his daughters married but literally ignoring the favor Hatim did was a bit of a stretch. Anyways, this scenario became favorable for Rubab but she too had inhibitions. I felt a lot for her because she was actually ready to get exploited only because she did not want to disappoint her father. I wish after all that Ramsha went through, Ehsan had dealt with Rubab with a lot more care & should not have made it his sole purpose of life to get rid of her by marrying her off because it literally looked like that!

Hatim saved the day once again. He too made a rash decision but somehow he was satisfied with what he did. Another interesting aspect that’s left to be explored is the feelings Hatim has for Rubab. In some of the episodes, it was made obvious that Rubab has developed a liking for Hatim, because she saw him at his absolute best but what he feels for her is yet to be seen. Hatim for now is approaching this commitment as a responsibility & a promise made to Rubab as well as her father, but it will be good to see how he will slowly become emotionally & mentally invested in this relationship.

These episodes of Dushman e Jaan were nicely executed. It still remains such a drama which makes you look forward to it every single day. I really don’t think the channel needed to show a misleading promo last week showing the truth getting exposed on Rubab because that scene was at the back of my mind & I was actually waiting for it. In any case, Dushman e Jaan has garnered a considerable viewership so there’s no need to rely on such tactics. It seems that the next set of episodes will focus on the Hatim Rubab relationship which I am definitely keen to see. So far, Dushman e Jaan remains a well executed & well written drama. I thoroughly enjoyed Dushman e Jaan & the way it showcased stronger people & their firmness in their decisions, this is why seeing Ehsan acting like a typical helpless character that we usually get to see was a bit disappointing. However, I am glad Rubab & Hatim got married as a result, so it’s water under the bridge now.

Mohib Mirza has been phenomenal as Hatim & he should be extremely proud of himself for carrying the drama on his shoulders. Madiha Imam and all the supporting actors are playing their part really well. When the drama began, I felt the actor playing the role of Rameez was a bit weak in acting but now I have grown to like him, his scenes are always very sweet & it’s nice to see him being such a considerate younger brother to Rubab. Please share your thoughts about these episodes of Dushman e Jaan.