This latest episode of Pyar Ke Sadqay made it quite clear that the writer wants things to go in Sarwar’s favor for now. We will probably be watching a few more episodes showing Sarwar getting exactly what he wants and Mahjabeen suffering even more. Although Washma and Pho made the much-needed intervention yet their efforts didn’t yield results. Unlike before, this time around Pho did not make Abdullah understand the situation, she decided to talk to Mansoora instead. Shanzay was completely missing from tonight’s episode while Sarwar took the lead. Mansoora showed her dark side which was rather disappointing but it made some sense. Mahjabeen’s helplessness was the most heart-wrenching part of tonight’s episode. It seemed like much of what Mansoora said about Abdullah’s state of mind was coming from Sarwar. Abdullah is still as confused as he was before. Although his confusion and weaknesses are causing all these problems and watching him act this way is frustrating, the fact is that his actions continue to be in line with his actual personality. Even though the story has taken a typical route, I still find Pyar Ke Sadqay engaging especially because of the characterizations and performances.

The opening scene of this episode was amusing because of Mahjabeen’s innocence although she was obviously going through hell. The reference she gave was hilarious! It was her way of showing how disappointed she was with her husband who should have protected her. It would have been so good if we actually got to see Mahjabeen’s father talking to her. Later on, he did try to salvage the marriage and once again reminded Mansoora what he had told her already although her demeanor clearly suggested, she was not in the mood to listen.

The log kya kahei ge part was also covered in most of the scenes covering Mahjabeen’s track in this episode. Although this is something common which is shown in every other drama but tonight while watching this episode I actually felt the pain of these characters more than ever! Even while going through so much pain, sometimes people are pressurized into worrying about what people are saying and how the family will answer all these questions. On the other hand, Mansoora does not have to worry about all this because of her status in society. 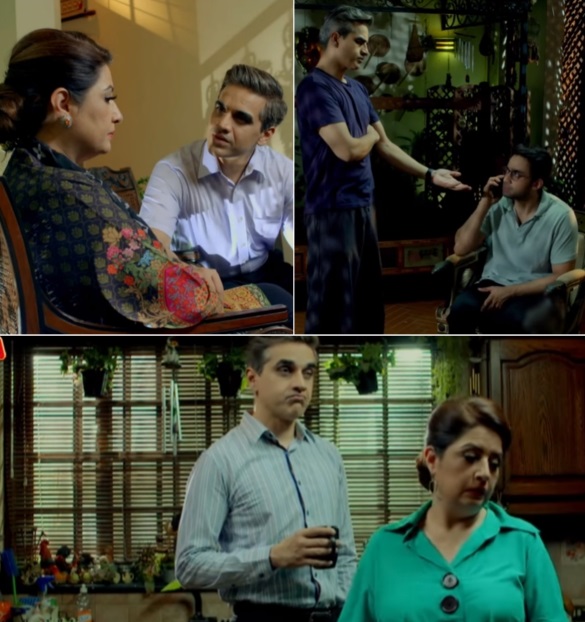 Sarwar completely took charge tonight, he is back to being himself. In the past few episodes, his character had been relegated to the background but that was most certainly not the case tonight. In the previous few episodes, it was Shanzay who played a major role in changing Abdullah’s frame of mind therefore it was strange that she didn’t have a single scene tonight. Sarwar made sure that he was there every time Mansoora was unsure about the decision or Abdullah was confused about whether what he was doing was fair or not! The conversation he had with his mother and Mahjabeen’s father revealed his actual plan and once again showed just how evil he is! It was frustrating watching Sarwar win for now but Omair Rana’s performance was on point throughout.

It was also quite clear that Mansoora’s sole purpose in life right now is pleasing Sarwar. She is not thinking things through because she does not want a confrontation with him. Pho was right when she said that Mansoora had greatly been influenced by Sarwar. In some of the scenes, Atiqa Odho’s expressions suggested that she did not trust everything Sarwar was telling her but she went along with it anyway!

I absolutely loved Washma and Abdullah’s scenes tonight. They were so well-written and acted-out. Srha Asghar and Bilal Abbas Khan are extremely convincing in their respective roles. Washma’s style of confronting Abdullah is always the same, she never listens to him, she only says what she wants to say. She is always direct and fiery in her confrontations. In the first scene, Abdullah managed to convince her that there was nothing between him and Shanzay which led to pacifying Washma and a really sweet interaction between these two. I really liked how she spelled out bewafai and what was wrong with Abdullah’s action because no one else has explained this situation in such a manner so far.

Their second interaction was typical Washma style confrontation and Abdullah’s reaction was priceless. Once again, the performances by both the actors involved were phenomenal. Washma’s anger was justified and Srha did a spectacular job of translating her disappointment on screen. Had Sarwar not been there, this scene could have led to Abdullah changing his mind but he made sure he was there to ‘support’ him. 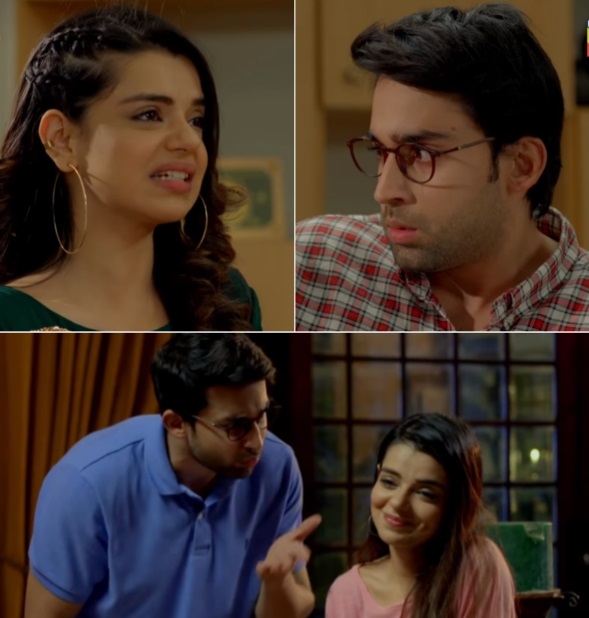 Mahjabeen’s phone call to Abdullah basically showed just how desperate she was to get back. She has always been frightened of letting other people down and coming up to their expectations therefore she will do whatever it takes to prove that she is capable of keeping her marriage intact. Her situation makes you feel for her, poor girl, she definitely deserved better. Abdullah loves Mahjabeen and he definitely has that sensitive side as well yet Sarwar won’t let him make the decision which would actually make him happy. It was good to hear Munshi sahab tell Mansoora that her son had also failed as a husband.

The preview of the next episode showed that Sarwar will make the most wicked move by blackmailing Mahjabeen and her mother. He has done his homework well and Mansoora is by his side completely! Right now, I would love to see Mansoora getting a bitter reality check, she totally deserves it. The engagement will take place in the next episode as well.

Even with some disappointing turns in the story, I am waiting to find out how it is wrapped up in the end. I am really hoping that Sarwar gets what he deserves. The brilliant performances by all the actors involved tonight were a delight to watch. The only awkward scene tonight was the proposal scene! It was probably supposed to be funny but it wasn’t executed too well. Yumna Zaidi’s performance was exceptional in this episode as well but her overall look did not go well with the situation she was in. In all the scenes her styling, make-up, and outfits were perfect. Mahjabeen and Abdullah continue to be the reason why I tune into this drama every week. Washma is another character that is beautifully etched-out.