Any Johnny Depp fans here? I’m sure many of you are aware of this Hollywood star but don’t get excited- he has nothing to do with Dusri Biwi :P. It’s just that there’s something he said that caught my eye: “If you love two people at the same time, choose the second because if you really loved the first one, you wouldn’t have fallen for the second.” I sensed the need to quote this because for what seemed like the zillionth time, we were reminded of the ‘fact’ that Hassan loves both his Biwi No. 1 and 2 because obviously, he is a wonderboy whose heart functions a bit too differently from the rest of the sane guys. I like how Ahmed corrected him then and there because this theory of loving two people at the same time is completely implausible and no one in their right state of mind would buy it!

Okay so truth be told- the writer wants Farah to win the title of ‘the most understanding and vulnerable dusri biwi in the history of dusri biwis’ because a large part of this episode involved a great deal of forced attempts to prove how mazloom Biwi No.2 really is. Her parents are out of town, a couple of burglars break into her house, she is dealing with threats from her sautan’s bhai & bhabi, she is not feeling well and on the top of it- she is starving herself just because she doesn’t want to bother Hassan with the monetary issues! But call me dheet or what, I still can’t feel a thing for her :3. She may be helpless right now but the bottom line is that she got herself into this of her own free will so that kills all the ‘sympathy’ the writer wants us to feel for her. On a side note, isn’t it shocking how Farah’s mother is perfectly content with the fact that her damaad is a bit preoccupied with his Biwi No.1- I mean, when did Pakistani mothers become so ‘chill’? 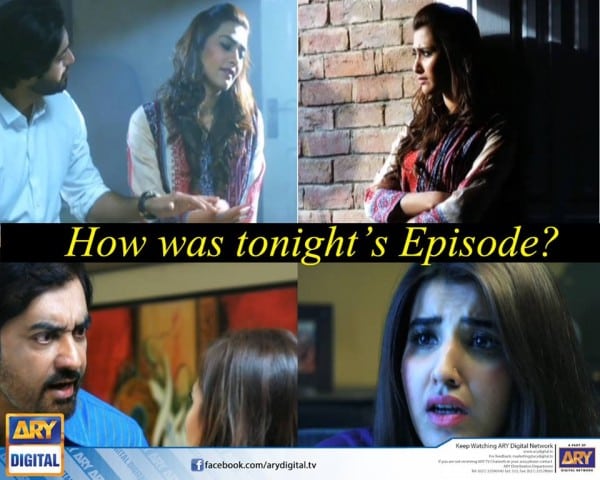 Ahmed is a caring brother and all, but I don’t think threatening Farah would do any good to Aisha because the fasaad ki jurr *drumrolls* Hassan won’t ever budge! He is stiff as a stone and what do you propose to do about a guy who can’t even feel any guilt pangs- I mean, isn’t that the least a person can do?! And now that Ahmed knows all about Farah, Hassan is bolder than ever and he has spilled the beans about him and Farah expecting a child. Since Farah is in ‘danger’, Hassan has to give her some extra attention and he is clearly having a hard time juggling multiple priorities. Well, with marriage comes great responsibility and you just happened to sign up for two such contracts so what do expect? I couldn’t help but smile triumphantly each time I saw him like this: (he deserves all the splitting headaches he can get :P) 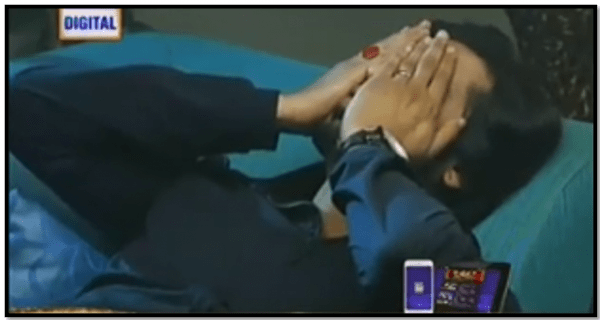 And well, now a little something about our Biwi No.1 who is coping with a huge loss. It’s a surprise how Hareem Farooqui, despite being new to the industry, did quite an impressive job in portraying a bereaved mother’s feelings and emotions but as far as Fahad Mustafa is concerned, I think something was clearly missing and I didn’t find him as effortless and natural as I expected to but ofcourse, that’s my personal judgement and you guys can feel free to disagree :) Aisha should know better than to accept whatever excuses Hassan comes up with for spending the night out, I mean, office ki documents chori honay par puri raat bahar guzarna? She deems him perfect but tell me again, can a perfect husband leave his mourning wife all alone for one whole night when he should actually be there to lend her a shoulder to cry on? It is evident from Hassan’s behavior that Aisha isn’t on the top of his priority list and yet, Aisha says, ‘Mujhay darr lagta hai kaheen aap kay pyar mein kami na ajaye.’ Seriously, I felt like shouting: kami aa nahe rahi, kami aachuki hai!! Haan, if Aisha is too blind to notice that, tou there’s not much we can do!

So this is it from my end. You know, the play’s only saving grace has been its pace but the promo suggests that Amir will be joining us very soon and I fear that we are in for some very slow episodes. Did you watch the episode? Please share your thoughts!

P.S: I am soo sorry for not being able to post the reviews on time because my internet connection’s getting moody these days. Sorry! I hope you guys understand. Have a great day :)