This was another meaningful, emotional and entertaining episode of Ehd-e-Wafa with quite a few surprises in store. Ehd-e-Wafa reminds me of Sammi now since every episode has some important social message. Shariq’s track was the most impactful one in this episode. The fact that Saad yet again did not meet his father while he was home for his holidays was a huge disappointment. The boys’ reunion didn’t turn out to be a happy one. Saad decided to confront Shahzain and yet again SSG’s reunion ended with Shehryar and Shariq being the spectators! Saad’s mature attitude at the academy and the ‘sneaky’ manner in which he confronted Shahzain showed two different sides of his personality. The story is getting interesting and it seems like Ehd-e-Wafa has a great deal to offer to its viewers. Everyone performed exceptionally well in this episode and the director Saife Hassan deserves credit for extracting flawless performances from some of the new actors as well.

The opening scenes of tonight’s episode of Ehd-e-Wafa were disturbing and powerful. The actress playing Shariq’s sister’s role has been amazing throughout. She makes her presence felt in every scene. So far, everything we have seen clearly suggests that she is a strong woman with a definite purpose in life. She is a sensitive soul who has and continues to live a meaningful life. There was a good reason why she retaliated so aggressively to Shariq’s remarks. What followed was truly shocking and the manner in which it was all covered was really convincing. This track highlighted how sometimes people are forced into wrongdoings because the system does not leave them with another option. Although two wrongs do not make a right but the writer Mustafa Afridi definitely raised a valid point through this track and the dialogues were on point. The actors involved played their part really well too which made these scenes even more impactful. I find myself rooting for Shariq but he has a long way to go. Shariq is intelligent and driven but he is also impulsive and emotional. I am waiting to watch him grow into a more responsible and less adventurous person. 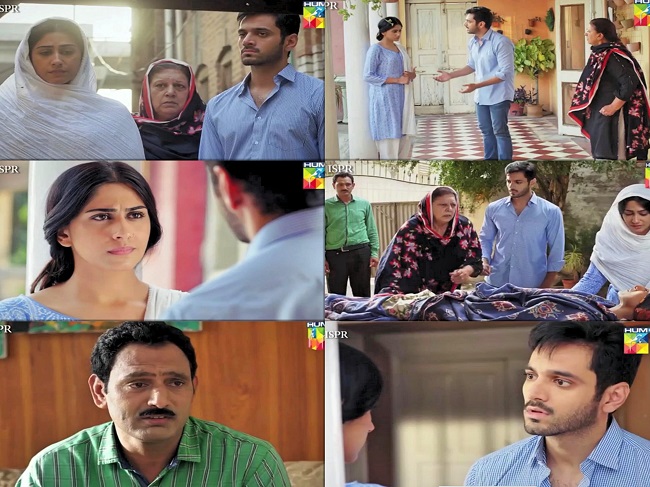 Raani and Shahzain’s scenes yet again provided some comic relief after watching a track which was really serious. Raani scenes are always entertaining and Shahzain keeps you guessing. Shahzain went out of his way to make that reunion happen but later on he did not try hard enough to mend ties with Saad. Shahzain wanted his friends to be part of the engagement. After another fight with Saad, he decided to have a simple engagement because he knew his friends were not going to be there with him. Shahzain values his friendship but he is also immature and he has a big ego as well. Raani isn’t happy with the idea of a simple engagement but she dealt with the matter tactfully. Raani knows how to turn things around to suit her needs and it seems like she is going to do just that! 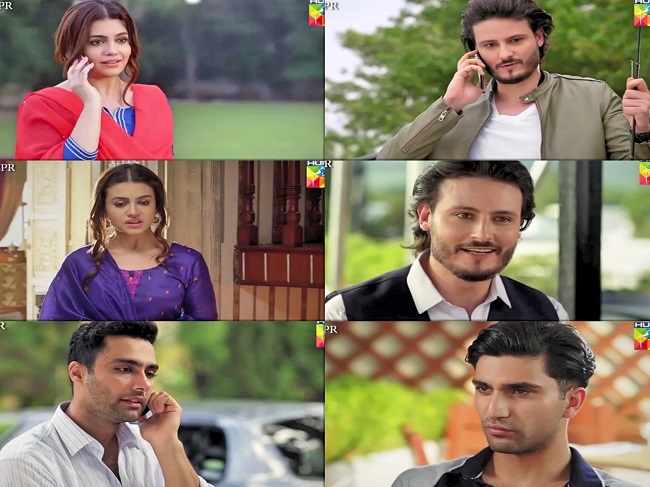 There are different sides to Saad’s personality and he definitely has set his priorities straight. While his anger was justified, why couldn’t he just have that confrontation on the phone? I felt for Shehryar and Shariq who had travelled so far to meet their friends. They were not expecting Saad and Shahzain to fight this time around too. While Shehryar knew what Saad was upset about, Shariq had no idea. It would have been nice if Shahzain apologized and all of them could go back to being friends. One thing is for sure, Dua means the world to Saad and Shahzain had trespassed more than once therefore he is going to stay angry yet again for a long time. Not too happy about that! Saad’s conversation with Dua was cute and candid but in this entire month that he visited that was the only time they talked. His holiday visit should have been covered in more detail. 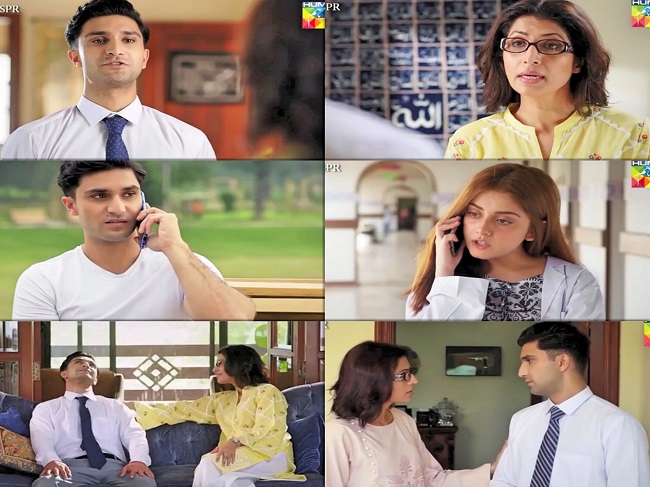 Saad’s greeting to his mother was really cute but he did not even meet Dua in this trip, his sister and father have been seriously missing in action. His scenes when he comes for these holidays have not been the best part of the play since they are most often half-baked. On the other hand, the scenes at the PMA couldn’t have been more well written and perfectly executed. The Saad we see at the academy is completely different from the one we see when he comes home to visit. He is more responsible and a leader when he is at the academy. Last week we saw him leading his group and this week too he tried to help a friend who was going through a difficult time. He is a completely different person when he is around his other friends from the college.

The preview of the next episode suggested that there is more to Dua’s track – a secret which is going to be revealed in the next episode. Apart from a few glitches here and there, tonight’s episode of Ehd-e-Wafa was quite interesting. Waiting to see what the next episode has in store for the viewers. 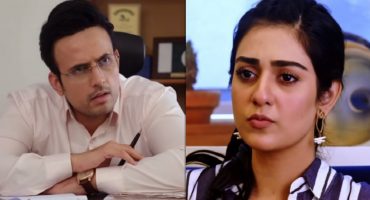