Tonight’s episode of Ehd-e-Wafa had a lot of important developments to its credit. Some of the scenes were extremely emotional. The story is moving forward at a faster pace now and this time around some of the developments were completely unpredictable. Saad’s track was the highlight of this recent episode. Watching him grow into this responsible young man who looks out for others has been endearing. Dua’s track took an unexpected turn and the surprise was worth the wait after all.

Dua’s scene with her father was the most emotional and meaningful scene in the previous episode. Dua’s parents conversation on the dinner table and in the car tonight made much more sense after knowing that Dua was indeed adopted. Dua’s mother was always all for telling her the truth but her husband always stopped her from doing so. Dua’s father once again took a stand for his daughter but this time around it wasn’t easy for him to live with the guilt. His state of mind after the visit to his brother’s house and the accident was executed really well. With Dua’s father gone, the family dynamics changed completely. On the one hand we saw a much stronger side of Dua’s mother and on the other hand we saw her revealing an ugly truth to her at a time which wasn’t exactly ideal. Alizeh Shah’s performance tonight was superb throughout. Right from the time when she saw her father’s dead body to the moment when her mother told her the ugly truth, Alizeh Shah translated Dua’s feelings brilliantly on screen. I especially liked Dua’s reaction when she saw her father’s dead body, it was extremely emotional and powerful. 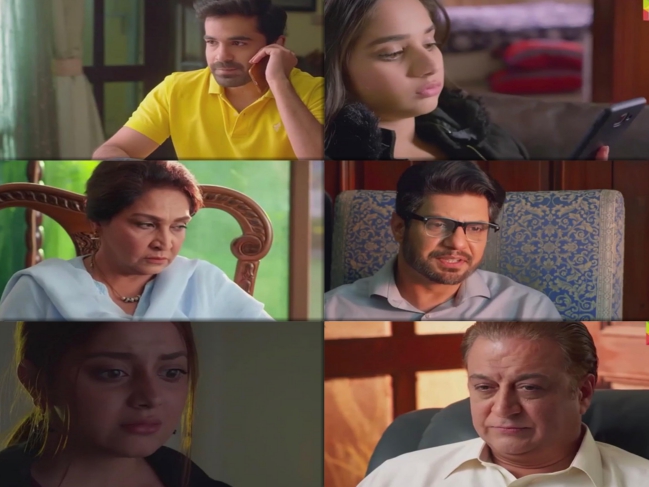 Saad’s growth as an individual and a professional has been the highlight of this drama. Ahad Raza Mir’s performance has definitely added to the overall impact this character has. In every episode the viewers get to see Saad helping someone out in some way or the other. Most of the times he is shown taking the lead while the other boys follow. Back in the college days he was shown as a shy individual who always found it difficult to take initiative. Saad moving into Sher Khan Shaheed’s room was a great way of showing just how far he had come. This was one of the most emotional scenes in tonight’s episode. Gulzar and Saad’s conversations in tonight’s episode also showed how much they understood each other now. Adnan Samad Khan too has changed his style a little which went well with the changes in his character. Gulzar is slightly more groomed now but he is still the same person he was so many years back. Gulzar giving the young cadet punishment for not knowing who was Attaullah Esakhelwi was hilarious. 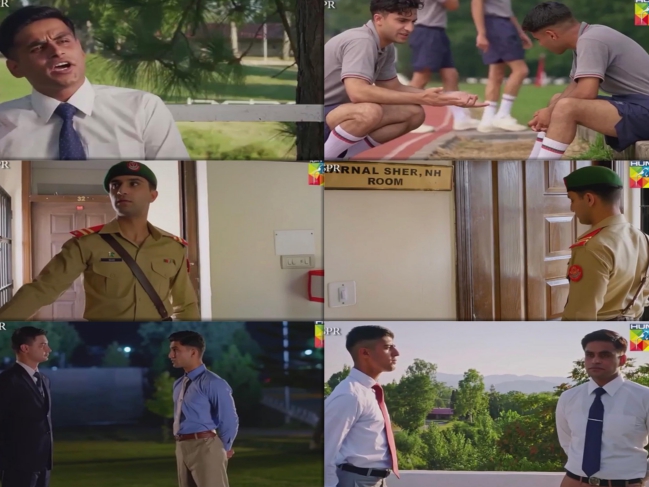 Shahzain and Raani’s scenes were once again comic. This scene came right after Dua’s heartbreaking scene and I felt that the timing of these scenes wasn’t perfect. Shariq and Ramsha’s scenes were cute. Ramsha’s personality has been appealing right from the start. Hajra Yamin’s performance is equally energetic. The idea she gave Shariq was perfect and this could be the start of a wonderful career plan. Shariq’s life is finally headed towards a direction which guarantees that all his dreams will eventually come true. Shehryar was missing from this episode but rest of the tracks were covered well. 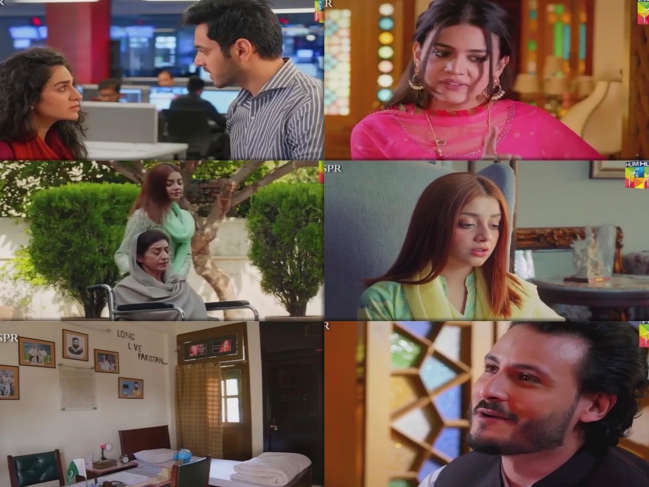 The preview of the next episode suggested that Dua will decide to marry Raheel after finding out the truth. Shahzain’s political career will also start from the upcoming episode. Tonight’s episode was well-put-together, emotional and a must watch. Except for Shahzain’s track, all the other tracks are keeping my interest alive at this point. Saad is a dependable, responsible and smart young man, it would be great if Dua and Saad together in the end. Raheel definitely does not deserve a decent girl like Dua. Everything that Dua’s mother said about Raheel tonight was extremely gratifying!