Tonight’s episode had the most unexpected developments since I was not expecting the story to take a serious turn so soon. I was also looking forward to meeting the boys’ families and I must say that they were introduced in the best way possible. Tonight’s episode was emotional but at the same time the writer kept the comic element of the play alive. With this episode it seems all the boys are going to move to the next phase of their lives. These 3 episodes which covered the fun filled reckless adventures of the SSG boys were a fun ride. The personalities and the circumstances of all the leading characters have been well established in these 3 weeks. Tonight’s episode in particular showed how people from completely different backgrounds can sometimes come together as friends and make bittersweet memories. This was another episode which might have reminded many viewers out there of their college friends and the times when they got into trouble. The director Saife Hasan deserves due credit for translating every single scene flawlessly on screen. Acting wise, this was the best episode of Ehd-e-Wafa since everyone performed really well.

In the past two weeks the viewers saw the boys planning one escape after the other without considering the fact that their adventures could have serious consequences. This time around too Shahzain was the one who took the lead. The scenes covering the boys’ antics when they teased Saad and Shahzain’s confidence when he went to talk to Dua were brilliantly acted out. Through these scenes, the writer in an intelligent manner showed different sides of their personalities once again. Shahzain continued to be the reckless yet extremely confident leader. Sheharyar and Shariq both have more or less the same personalities and as it turns out their backgrounds are similar too. Saad is the only one who has continuously been shown as the reluctant partner. He goes along with whatever the boys want to do because he knows he doesn’t have a choice but he has always been the one who worried the most about the consequences. Therefore, it was ironic that he got caught tonight but eventually everyone except Shahzain got into serious trouble. Saad’s love story too reflected the shyness in his personality which was translated on screen impeccably by Ahad Raza Mir. Wahaj Ali and Ahmed Ali Akbar’s solid performances have been the highlight of every episode. All these actors also have amazing on-screen chemistry which makes their bromance come alive on screen. 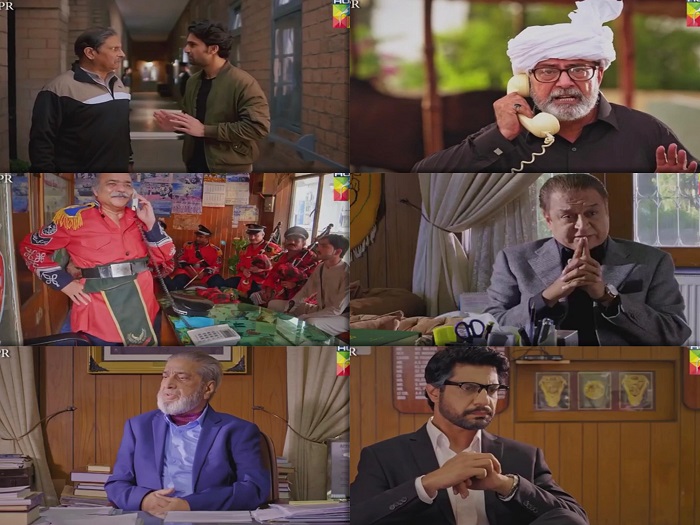 Zara Noor Abbas nailed her scenes yet again in this episode. She has given her character the right treatment because of which Raani is fun to watch and she isn’t annoying. Even though some of the dialogues were not that funny but Zara’s acting made all the scenes covering Noori’s nalaiki a treat to watch. The viewers also found out in this episode that Raani and Shahzain indeed are connected in some way, the families know each other and sooner or later these two will meet. I am really looking forward to this meeting for obvious reasons!

Dua’s cousin definitely likes her but she seems to have a soft corner for Saad. When her cousin mentioned Saad, she complimented his looks and she did not like the way the chance meeting ended. While Noori is fun, Dua’s character so far is quite plain. I was hoping she would say something to the boys tonight but she sat there and listened to everything. Dua and Saad’s first actual meeting had the worst ending. Now with the families involved I am wondering how and when they will meet again. With Saad’s lack of confidence, this love story isn’t going anywhere any time soon! 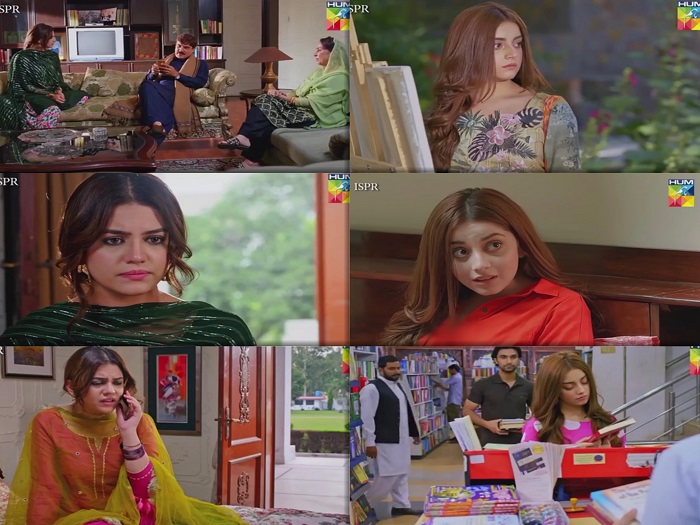 Saad’s family was already partially introduced in the first episode and in this episode the background and basic family dynamics of all the boys were covered. Sheharyar and Shariq don’t come from affluent backgrounds therefore Sheharyar’s father and Shariq’s bhabhi had the most emotional reactions to the news. Saad himself is quite conscious about his impression therefore even though his father told him off in a rather subtle manner but this was enough to make him feel responsible and the way he cried showed how ashamed he was. Malik Allah Yaar’s (Muhammad Ahmed) reaction was completely different from that of all the other parents. His attitude showed why Shahzain was so careless – he had nothing to lose and he was brought up in a completely different household. Even though Shahzain’s father celebrated the occasion but he himself wasn’t too happy about it because he knew his friends were in trouble. All the reactions and the outcomes were covered flawlessly. The acting and the execution of these scenes couldn’t have been better. Saad and Shariq’s scenes were my favorite since they were extremely emotional. 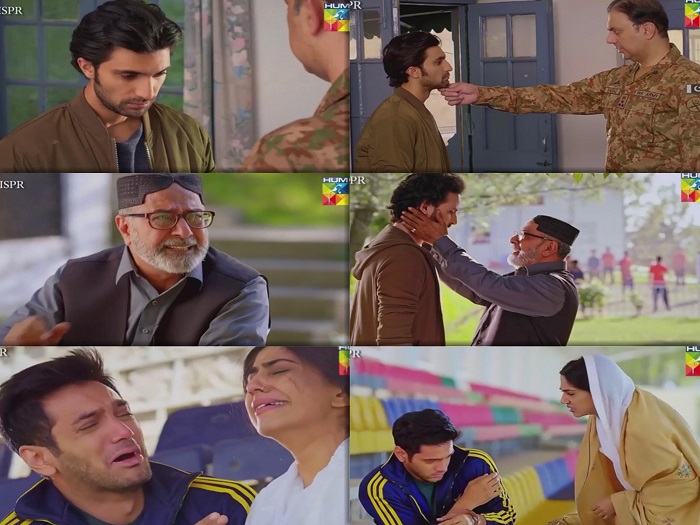 I have warmed up to the characters in this drama so much that I am actually worried about these boys after watching this latest episode! I felt for Saad, Shariq and Sheharyar while watching the last few scenes. This, in my opinion is the real success of any drama. The preview of the next episode suggested that the boys will be expelled from college and Shahzain and Saad will have a confrontation. I hope they continue to be friends even if they no longer stay in the college. I am really looking forward to finding out what turn the story will take from here.

Do share your thoughts about the latest episode of Ehd-e-Wafa.