This was a remarkable last episode which covered all the tracks perfectly well. Ehd-e-Wafa’s last episode was Emotional, Entertaining and unpredictable right till the end. Saad’s track, of course, was the most emotional element of this last episode of Ehd-e-Wafa. All the scenes covering Saad’s operation were shot, written and performed so well. I am sure I am not the only one who cried with Saad’s family and friends, completely forgetting that I was watching a drama. Ehd-e-Wafa’s ending was powerful and meaningful in so many ways. After a long time, I watched a last episode which was very well put together. This had to be the most impactful ending which will stay with us for a long time.

Many people criticized Ehd-e-Wafa for giving politicians a bad name, even BBC published an article on it. I always felt that this criticism was baseless and biased. I would love to hear from all those people today if they watched this last episode and if they haven’t I suggest that they watch it with an open mind. Shahzain’s conversation with Shariq and Shehryar summed up the importance of politicians and the significant role they play on the political front. In this last episode, the writer showed impeccably how the politicians, military, bureaucracy, and civilians play their respective roles. This last episode highlighted the importance of a few good individuals and how they can make a difference by using the authority they have in the right way. More than anything else, Ehd-e-Wafa’s last episode showed that even the most dedicated soldiers like Saad have a difficult time saying goodbyes. The way a rough and tough soldier was humanized throughout in this drama was one of the best part of Saad’s track. Very often, we forget just how much such military men are putting on stake and how many lives are attached to them. 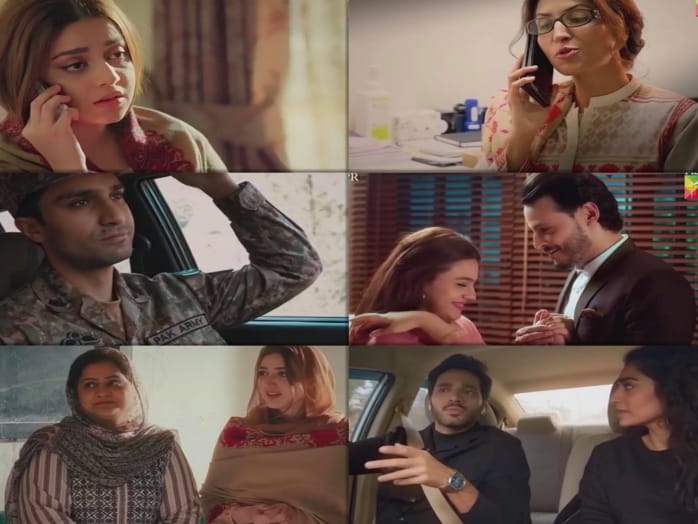 Shahzain and Rani’s scenes were once again humorous and I am actually glad that this apology was not covered too seriously. It was also good to see Shahzain redeeming himself and changing for good. Humayun Saeed’s guest performance was a good addition to this last episode. I absolutely loved the Indian talk show scene, very well done indeed! The last few scenes shown when the credits were rolling were also remarkable, a perfect mix of old and present-day scenes which showed how far these boys had come. I would have loved to see more of Masooma.

Ehd-e-Wafa turned out to be an emotional roller coaster ride in the true sense of the word. The promos were exciting and I had huge expectations from it. The first few episodes were hilarious and entertaining but once SSG fell out, things turned bitter and the writer did not do justice to all the tracks. The fact that most of the episodes were written later on probably gave the writer more of an insight into what the viewers wanted to see and as a result of that the drama truly took off starting from episode 14. There was no turning back after that. The story moved forward convincingly from here on. Ehd-e-Wafa was one of those dramas which took off a little late therefore this last episode it seems came a little too soon. Unlike many other dramas, it did not drag towards the end. It was a wholesome and entertaining journey overall which will be remembered for all the right reasons. 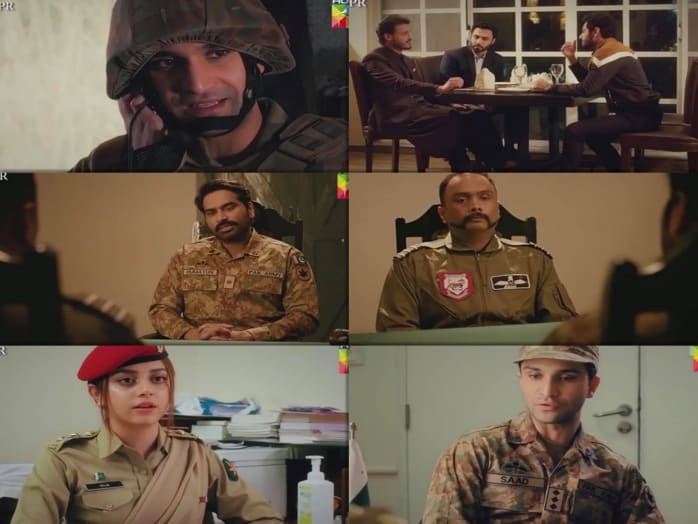 The best aspect of Ehd-e-Wafa was that it reinforced so many important and positive messages. There are hardly any Pakistani dramas that focus on young people. Ehd-e-Wafa’s different tracks provided inspiration and guidance for the youth which was refreshing and much-needed. Apart from that, the strong female characters were the highlight of Ehd-e-Wafa. We got to see working women on our television screens after a long time. This was a breakthrough because women are stereotyped in Pakistani dramas on a regular basis.

The writer Mustafa Afridi penned down an excellent script that did not go off track. He will be remembered for giving us some of the best female leads this year. Saife Hassan’s skillful direction showed in every scene even when there were some shortcomings in the script. Saife Hassan did exceptionally well while shooting the outdoor scenes. I respect him a lot for introducing some of the best actors in the television industry. He does not shy away from working with new actors. 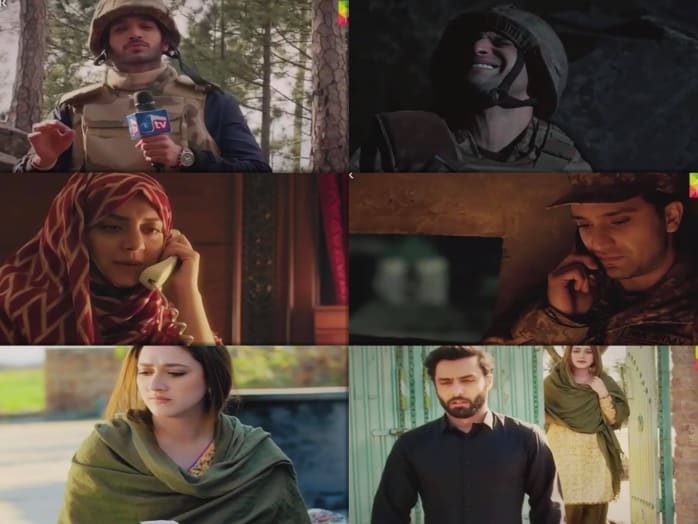 Ahad Raza Mir gave yet another outstanding performance in Ehd-e-Wafa. He never seizes to impress with his organic performances in roles which are anything but simple. The tears in his eyes today when he said goodbye to his friends and when he was going for the operation were priceless. Ahmed Ali Akbar truly outshone in his role, he made sure that he looked and acted according to the situation. Some of the expressions he gave in Ehd-e-Wafa alone were enough to make the viewers emotional. He proved that he is an exceptional actor. Wahaj Ali was equally convincing and likable throughout. These brilliant performances definitely added to the impact and entertainment value of this drama. The new actors Adnan Samad Khan, Naeema Butt and Muhammad Hunbal performed exceptionally well. The fact that these actors have already performed in theatre definitely gave them an edge but this was their first appearance on television, therefore, they deserve all the praise for giving some really good performances.

Zara Noor Abbas was entertaining as the fun and carefree Rani and later on Rani’s transition too was shown convincingly. Once Dua’s character came into its own, Alizeh Shah too gave a decent performance. Hajra Yamin was likable as the independent and wise young lady. It was an absolute treat watching Faraz Inam on screen after such a long time. Although his screen time was limited but every time he appeared on screen, he made his presence felt. Vaneeza Ahmed nailed the poised and intelligent side of her character. Saad and his parents’ relationship was one of the best aspects of the drama, really meaningful and poignant. I absolutely loved Khalifa Sajeer Uddin as Firdous sahab, what an exceptional actor and what an emotional journey. Anjum Habibi (Shehryar’s father) made me cry in every emotional scene, he is an exceptionally talented actor who should be seen on-screen more often. Syed Muhammad Ahmed is one of my favorite actors, it was good to see him in a different role and it is especially great watching him being part of so many dramas lately. I really liked Momina Iqbal as Masooma and it would have been great if she had been given more screen time. 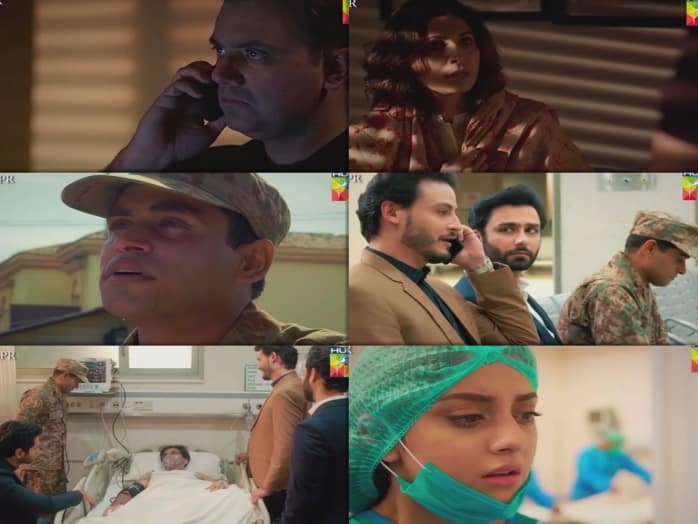 Last but not least special thanks to ISPR and MD Productions for giving us a drama which was extraordinary in so many ways – exceptional content and progressive female leads. Ehd-e-Wafa also for a change showed men and women as partners, that was truly delightful.

I thoroughly enjoyed watching and reviewing this play for the past 12 weeks or so in particular. I am glad, I did not give up on it. All of you who gave up on this drama after a few episodes should definitely give it a go now, it deserves to be watched and appreciated.

I would like to thank all those amazing readers who read the reviews every week and shared their opinions, without these discussions I wouldn’t have enjoyed watching Ehd-e-Wafa as much as I did. Keep reading and commenting, I look forward to your feedback.

Ehd-e-Wafa will be missed. I will definitely be watching some of the episodes again.

Did this last episode make you cry continuously? Share your thoughts.