Ghairat has been pretty logical so far with the exception of few characters and the latest development in this episode which made my blood boil! Why would having a daughter be the perfect punishment for Usman?? I am waiting to find out!!! I was expecting him to have a son like himself who would make him realize how wrong he had been and then he might have confessed to his crimes since he isn’t just another man with double standards but he is also a murderer. A son Usman would do everything for and love dearly who would eventually one day treat him the way he treated his mother would be poetic justice! Yes, someone like him would never want daughters since he has no respect for women but then what kind of a “punishment” is that?

Usman’s mother’s character is turning out to be the most annoying character in the play. Although the writer has explained why she is so helpless and why even her daughter’s murder couldn’t change her stance but even then watching her witness such cruelty and not doing much about it is quite frustrating. In the beginning it seemed like her character will gradually undergo a transformation and she will help Saba get stronger but so far she has done nothing but explain how helpless she is. Aani’s character is the only one which gives you hope but it would have been so much better if Saba’s mother played this role in her life. Saba’s bholapan was slightly overdone in these two episodes and there were plenty of flashbacks scenes as well in which Saba thought about Zohaib. The viewers also found out more about Aani’s background which also explained why she was so willing to help Saba. Aani’s advices to Saba were the best part of these episodes. 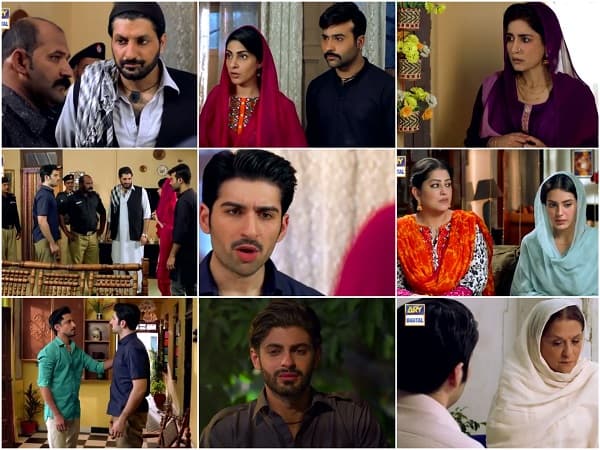 Saba turned to Kashif for help and instead of going out and looking for Zohaib, he was shown hoping Aani might be thinking about getting Saba married to him. The way Kashif’s likeness for Saba has been shown on screen isn’t very likeable! The reason for this also is that the actor playing Kashif’s role keeps you guessing about his actual intentions! For the longest time, he gave the impression that he might have evil intentions but apparently that is not the case. Zohaib and Saba’s relationship however has been translated on screen in such a way that you can’t help but root for them. Muneeb Butt and Iqra Aziz have acted superbly throughout and their on-screen chemistry makes their scenes work. Saba’s track is also headed towards the right direction and it is definitely good to have Zohaib back.

Overall, these two episodes were slow-paced and some of the scenes could easily have been chopped down. The drama needs to pick up pace and there is a desperate need for some character development.