Haara Dil Episode 15 Review — The Good, The Bad, The Ugly

So episode fifteen as expected was brimming with emotions so much that it brought more than just one tear to my eyes. The good part of this episode was Abeer, oh Abeer that gorgeous gorgeous actress is so great. From the moment she learned that her father is dead till the end of this episode it was pure one woman show. Abeer sure stole the show today. Her sadness so relate-able so real that she forces you to feel her pain and cry with her. From her trembling hands holding her father’s picture to her shaking voice it was all screaming what an amazing actor this woman is.

The bad part of this episode was the introduction of Faraz. Firstly the actor portraying Faraz was mediocre secondly the whole story seemed so rushed and unreal and unrelate-able. Apparently this tour is the first time Faraz and Abeer are meeting but the writers thought this was enough to spring a romantic relationship between the two. People start with “I like you” followed by “I love you” which are rarely followed by “will you marry me?” but here the guy starts with “Hey we have just met and this is crazy but will you marry me?” and Abeer says something even crazier “This is weird we have just met but yeah sure”. 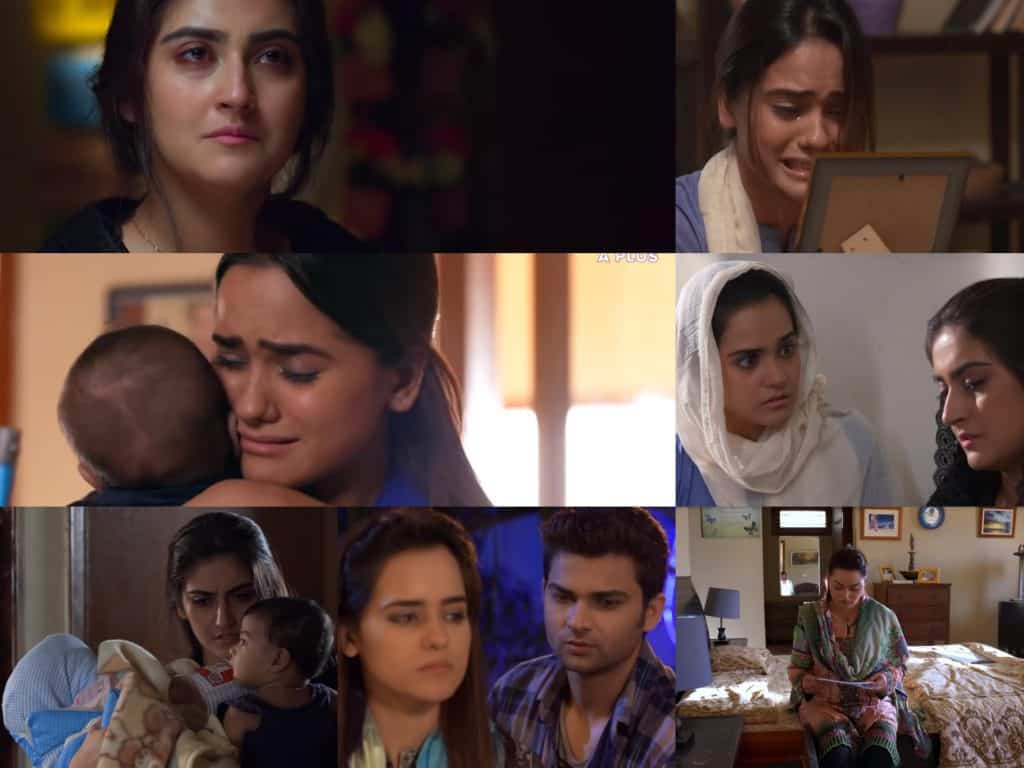 I understand that the writters did not want to establish that Abeer was already in a relationship when she left for this trip and in no way they wanted to imply that Abeer left on this trip and defied her father for this guy because that would have played really bad for the character. I understand the writer’s need to stay true to the essence of Abeer’s character and yet introduce Faraz somehow because he will be playing key role from now on but I still believe his introduction could have been a bit better and believable.

In the ugly part of today’s episode we got to see step mom acting like a real step mom now because she doesn’t have to even play the good mom anymore. She not only bad mouths Abeer in front of everyone she also looks for legal documents in Abrar’s room suggestive of her true intentions to probably own the house legally as his widow.

Faraz as I mentioned before will be playing a key role since he is rich and powerful he can surely use that influence to find Abrar’s murderers but all that will depend on his intentions too. So far it has’t been revealed whether Faraz here is really a hero or the anti hero.

The Afaans didn’t get any screen time in this episode. They probably still do not know that Abrar is dead. Whether realizing that he is dead will make Arham reconsider his decision of marrying Fizza or not is something we wouldn’t be finding out any time soon.

How did you find this episode of Haara Dil? Do share with us?