Ohkay so, this episode of Hum Kahan Ke Sachay Thay showcased the struggles everyone was faced with in terms of emotions & feelings, especially Mehreen. This episode also elaborated upon the fact that Aswad was now getting to learn about both Mehreen & Mashal himself. He was still confused & perplexed about the realities related to Mehreen but as far as Mashal is concerned, he has a lot to learn about her yet!

As much as I like Aswad’s character, I wish there was more to him. I kind of find it amusing that all he does is talk about Mehreen & Mashal as if he has nothing else to talk about. Also, considering him being the only son, one would assume that there will be open communication between him & Saleha but that didn’t seem to be the case. Saleha doesn’t ever give Aswad a definitive answer & always stalls it, as if she too wants to hide things from him, especially about Mehreen. Saleha can clearly see that Aswad has some wrong notions about Mehreen, therefore she can be a bit more clear to help Aswad understand the situation better. However, I liked the fact that she called her son out on how he was judging Mehreen left right & center.

For a guy who has lived abroad, one would assume him to be a bit more open-minded but Aswad seems to be a bit too conservative. He judged Mehreen because of the cigarette mark on her shirt & then felt awkward that Mashal was ready to go for a coffee with him late night. As far as the characters are concerned, I really like their layers & depth but when it comes to Aswad’s character there should’ve been more, or maybe there is which is being kept for the later stages of the story.

Mehreen & Aswad’s interactions were interesting. It became a lot more clear that Mehreen was in love with Aswad but she backed out because of Mashal as she genuinely respects her feelings. She has accepted Saffan’s proposal only because she wants an escape from Mashal’s house. Mehreen’s meeting with Saffan’s mother was also interesting. It highlighted how looking at Mehreen, one would assume that she is a polite & submissive person but even Mehreen was kind of embarrassed at that opinion because she knows that she puts her mother through hell & hasn’t truly forgiven her for remarrying. Sheeba seems to have an idea that Aswad holds a special place in Mehreen’s heart but I think this should make her concerned about her cousin Saffan. 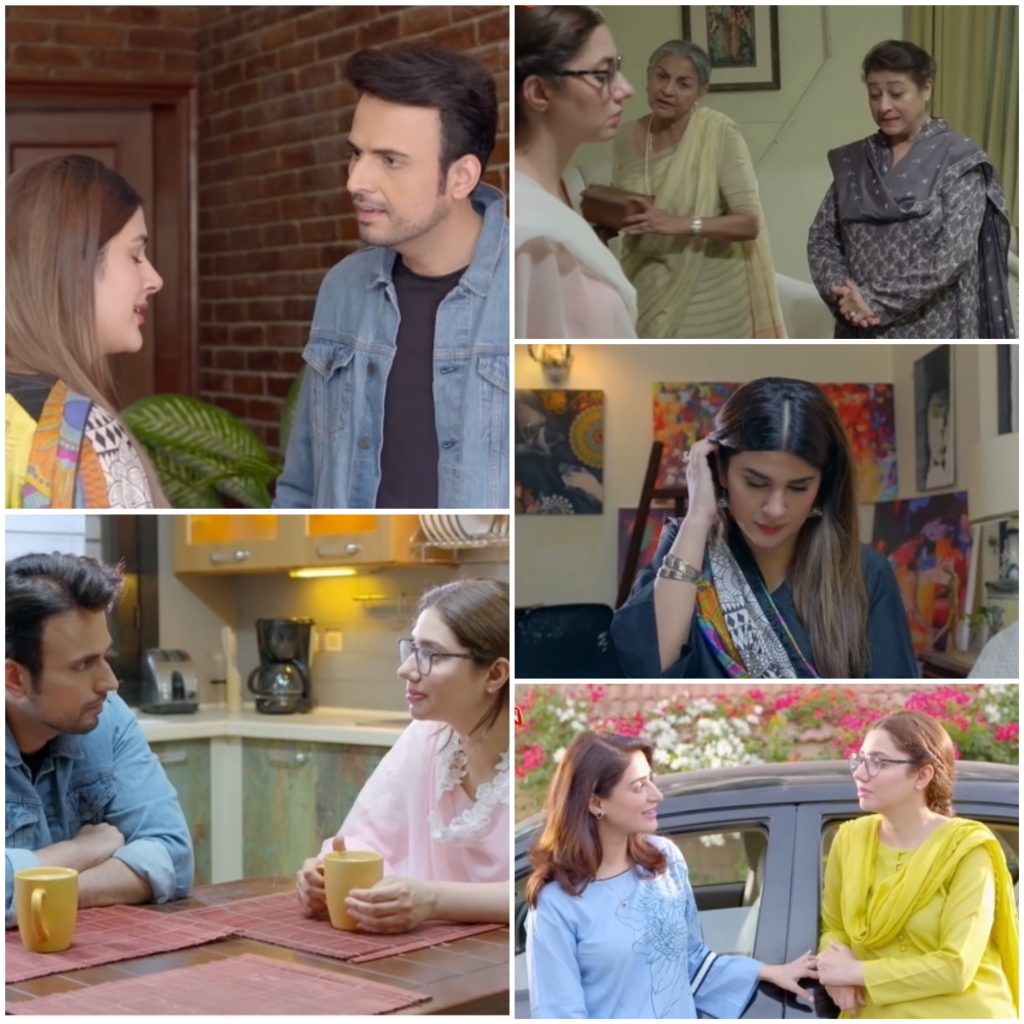 Mashal’s tantrums were repetitive & she too doesn’t seem to have much to offer. Throughout this episode, Mashal was uneasy at the fact that Mehreen & Aswad were interacting & only to get back at her, she once again invaded her privacy by entering her room in her absence. Mashal has used almost everything she could against Mehreen, especially to put her down in front of Aswad & it seems she is getting closer to her goal. The things Aswad said to Mashal clearly showed that he too wasn’t sure about what he felt about both these girls. His half-hearted confession also came from a place where he was kind of heartbroken upon learning the fact that Mehreen hasn’t turned into this ideal girl that he always thought she would. There was a clear disappointment on his face when he saw a mark on Mehreen’s shirt & it seemed even Mehreen was concerned thinking what would Aswad be thinking of her.

All those scenes which dwelled into Mehreen’s thoughts & emotions were beautifully done. They add so much more meaning to her character & make you understand & feel for her a lot more. I also liked the interactions all these relatives had with each other, like Aswad with his aunt Rabia, Saleha with Mehreen & Mehreen with Aswad too. Both Mahira Khan & Kubra Khan look absolutely stunning in minimal makeup but I wish there was a bit of attention given to the products they both were using on their lips. Their lip makeup in some of the scenes is actually unsightly & ends up serving as a distraction. The OST was once again used beautifully but I felt some of the new background scores were introduced which didn’t really add much to the situation. They can stick to the original soundtrack & background musics & that should suffice. Once again, a very well directed episode with a lot of meaningful scenes & dialogues. Please share your thoughts about this episode of Hum Kahan Ke Sachay Thay.