Ohkay so, this was quite an interesting episode of Hum Kahan Ke Sachay Thay. I enjoyed all the conversations between the characters & liked how Aswad’s confusion was elaborated a bit further. However, I will say that some of the dialogues sounded a bit too typical, which kind of provided comic relief for me & I enjoyed that as an underlying note too.

Aswad is confused about his feelings for Mehreen, that is why he seemed visibly upset at the sight of Mehreen being with another guy. As much as his emotional & mental state was elaborated perfectly & in such a manner that made it interesting to see it all – I will say that Aswad is a typical Khala/Pupho Ka Beta. I know they couldn’t really do much to word his feelings in a better way but all the things he said to Mehreen kept on highlighting the fact that he was a typical conservative controlling man who was just trying to make Mehreen feel guilty for something as nominal as having a meal with someone. However, it is fact that Aswad himself hadn’t figured out why he is behaving in such a way, that is why to add more weight to his notion, he keeps on bringing all those lies up that Mashal has fed him about Mehreen. So far, Aswad hasn’t been able to get to the crux of it, which is Mashal’s hatred towards Mehreen. The moment he will decipher it, he will find it easy to understand Mehreen & seeing her for who she is.

Saffan showed Mehreen that he was going to stand by her & was always going to support her no matter what others say. The messages he got from Mashal could make one think how gruesomely detailed they must have been, which also made Saffan quite concerned too. I am glad that instead of discussing Mehreen’s past with her or trying to get into the details that were mentioned, Saffan cut it short & straight away understood that someone was doing it out of spite for Mehreen. It obviously wasn’t difficult for Mehreen to figure out who it was but still, she wanted to be sure before she did something to get back at Mashal. 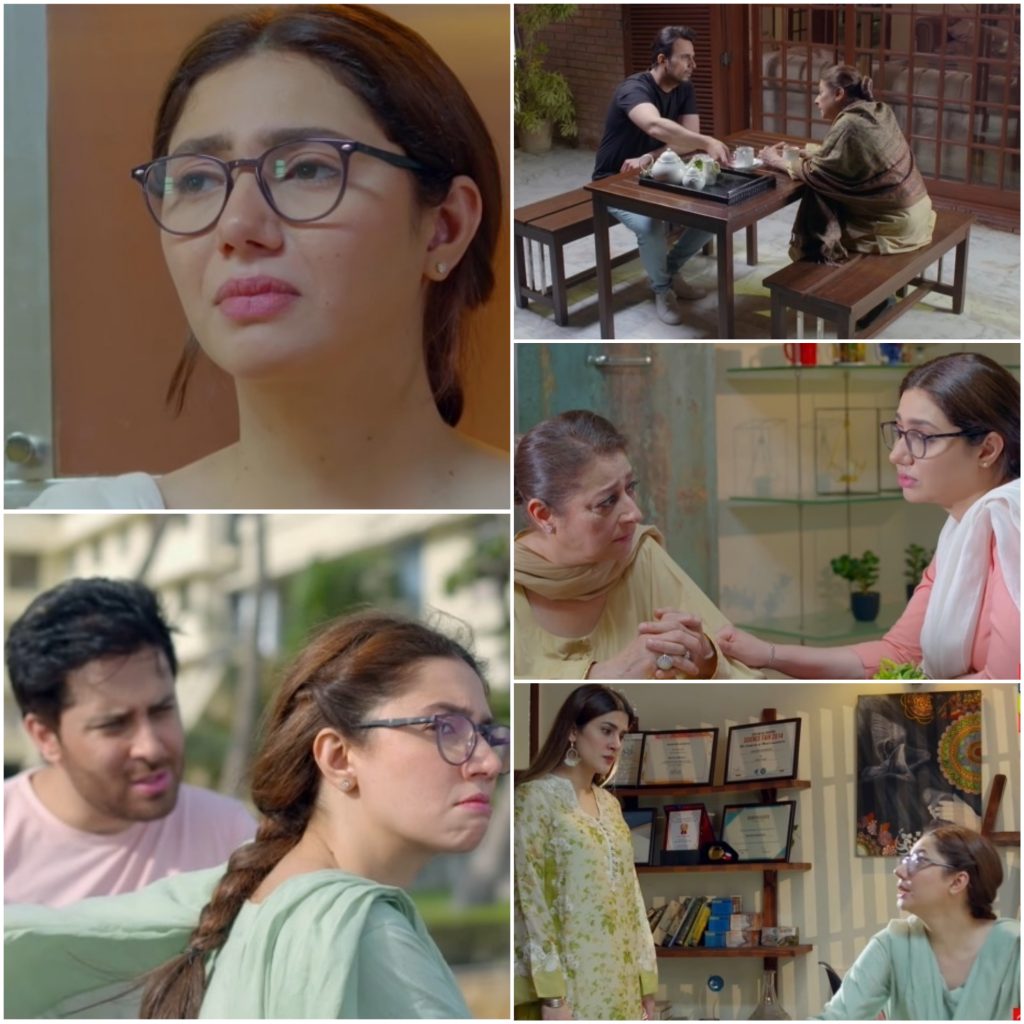 Mashal was once again seen trying to fit in a place that probably doesn’t belong to her. It was interesting to note how uneasy Aswad got when Mashal walked into his room. I wondered if he’d come up with a label for her since she didn’t really ask for his permission & approached him the way she wanted to. I am glad in this episode, there weren’t many scenes showing Mashal feeding lies to Aswad about Mehreen, rather the focus was more on Saleha & Aswad & what they both thought about Mashal & Mehreen.

This episode was filled with interesting conversations, but my absolute favorite was the one between Mehreen & Aswad where she showed him his place & told him that he was nobody to dictate how she should lead her life. This is one quality of Mehreen that sets her apart, that she doesn’t allow anyone to say whatever they want to. She fights back always, although later she is seen being hurt & affected by it but in seclusion. She doesn’t want people to walk all over her; at least more than they already do, this is why she resorts to this attitude, which is seen as bitterness by others. Another interesting detail was Aswad’s confession of loving Mehreen, this puts everything into perspective as to why he is getting so affected & frustrated because the things that he is seeing have not turned out to be how he had imagined. I like the contrast where Aswad is in a constant state of confusion, Mehreen is sorted & clear where she knows that she loves Aswad but can not be with him & shouldn’t be with him because he doesn’t love her. All the things she said to Saleha once again highlighted how she didn’t want to be someone who was imposed on Aswad & wasn’t welcomed into his life by him.

The note at which the episode ended was definitely interesting. It is quite obvious that Mehreen will accept Aswad’s proposal only to get back at Mashal. It is unfortunate that a relationship that should begin on a positive note will be so shaky right from the beginning because Mehreen will be in guilt & Aswad will be unsure & confused about the decision made by Mehreen. I really wish Saleha had helped him understand the situation better but at least she tried, so she definitely gets the credit for it.

This episode of Hum Kahan Ke Sachay Thay was definitely engaging to the point that I kept on waiting for one scene after another. The editing was on-point because of which the episode seemed fast-paced & different scenarios were tackled brilliantly. I really liked Huma Nawab’s acting in this episode a lot. Mahira Khan, Kubra Khan & Haroon Shahid have been brilliant too. Somehow I felt Usman Mukhtar struggled especially in this episode or maybe because he was being such a typical Pupho/Khala Ka Beta that there wasn’t much to be impressed by Aswad. As much as I like how both Kubra & Mahira have performed Mashal & Mehreen, I will say I found it kind of funny to see actresses of their caliber literally fighting over a guy with one saying a typical line to the other such as ‘Aswad mera hai’. Another funny bit was seeing Aswad coming down the stairs as if he was already practicing how to be a ‘sharmeela dulha’, with Mashal being this beautiful confident bride who is on cloud 9 & not nervous at all. I really wish Aswad had gotten better dialogues to say because saying ‘go to hell’ to your cousin just because she was having a meal with a ‘boy’ ‘friend’ reflected more on him than her, lol. Anyhow, the promo of the next episode was interesting too with Mehreen settling the score with one blow. However what’s going to be interesting is to see how Aswad will react & accept the proposal – since he is so typical, he will easily come up with the excuse ‘Ammi nahi maan rahin’. Please share your thoughts about this episode of Hum Kahan Ke Sachay Thay.