This was another well paced episode of Inkaar which covered every little detail and emotion with utmost precision. The performances and the execution never disappoint and the script throughout has been faultless. Just when Hajra and Shayan thought that their ultimate sacrifice will prove to be a good trade-off, the other side exercised their influence and the balance of power shifted in their favor. Imran Ashraf’s performance tonight too was on point and Yumna Zaidi has done exceptionally well throughout. This drama continues to be real but never gets too dark since there is always hope that things will eventually work in Hajra’s favor.

Every episode of this drama shows the characters in some conflicting situation. The manner in which these characters deal with these conflicts reveals more about their personalities. Shayan’s unconditional love for Hajra continues to be the most admirable aspect of his personality. This episode opened with a scene which showed Hajra struggling – saying yes would have meant letting her mother down and putting her brother’s life in danger and saying no would have meant going against her heart’s desire and not fulfilling the promise she made to her father. Hajra ultimately said yes after her father in a way reminded her of the promise she had made. This scene was directed so well, Hajra’s hesitation, her father’s strength and her mother’s breakdown – all of these made perfect sense.

I also loved the way Shayan asked Hajra if she entered into this nikkah with her own consent or was it because of her father’s pressure. On the one hand we have a man like Rehan, who doesn’t know the first thing about consent and on the other hand we have a man like Shayan who doesn’t want the woman who he loves so dearly to be in his life without her free consent. It was Hajra’s reply which gave Shayan even more strength and later on The conditions Rehan set for Jawad’s release made Shayan in particular do something he was never willing to do.

Honestly speaking, I am glad that Shayan’s father was not able to help him and ultimately this case will be decided in the court. This meant that Shayan and Hajra were free to be together, live their lives the way they wanted to and fight this war together. 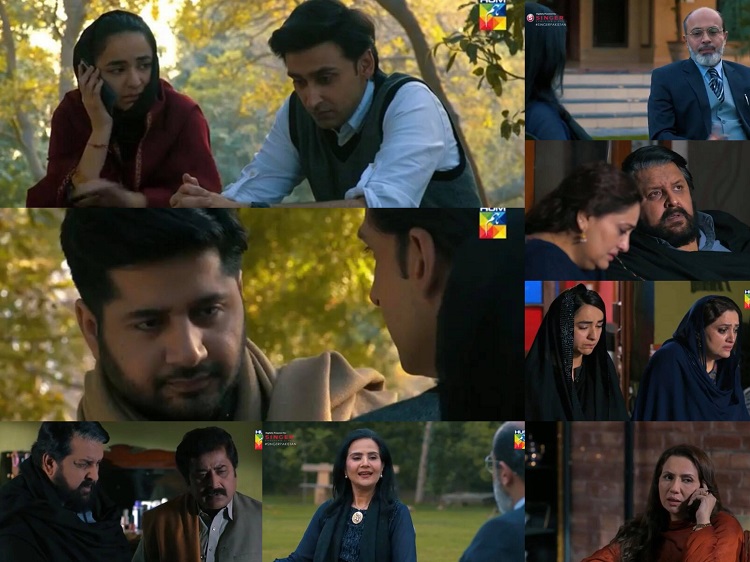 Rehan is no longer the ‘love stricken’ desperate man he was before. The way he insulted Hajra and asked for an apology on social media clearly showed that he was now more influenced by his stepmother than ever before. He wants Hajra to look bad in front of the world while he automatically becomes the victim. Rehan’s character has been etched-out so well, he is twisted and disturbed, he has no values and no conscience and surely someone like him could only do something as horrific as he did to Hajra. Imran Ashraf has been outstanding as Rehan especially in these past few weeks. He makes you understand and relate to his character and as a consequence you can’t help but hate Rehan Chaudhry. He also helps the viewers understand the mindset of all such men who think they own the women who are or have ever been with them.

The attention to detail and the pace of this show has been superb throughout. The war between politics and bureaucracy was also covered in a realistic and interesting manner in this episode. The preview of the next episode was especially exciting! I was pretty sure that sooner or later, this case was going to go the court and that is where the story is headed. I am also hoping that at some point the CCTV footage will surface and that will make Hajra’s case stronger. Rehan’s frustration and the judge’s remarks in the preview of the next episode showed that this time around things will work in Hajra’s favor.