Tonight’s episode of Inkaar covered the change in Hajra’s personality and her growing affection for Shayan. Rehan Chaudhry came back in Hajra’s life when she was finally strong enough to move on. Why didn’t Rehan Chaudhry try to get in touch with Hajra earlier? The timeline in this episode was somewhat confusing and I am still waiting to see the friend Hajra was shown talking to on the phone. “No means no” seems to be the basic theme of this play so far. Hajra is an intelligent girl who has set certain boundaries for herself and she is not going to allow anyone to cross those boundaries. Hajra’s relationship with her father yet again was the highlight of this episode.

Tonight’s episode opened with Hajra’s father having a conversation with his friend. Later on his conversation with Hajra showed the kind of relationship they had; sweet, frank and honest. Hafiz sahab’s character is likable and different. He is a religious person with strong principles but he is also open-minded. He is the reason why Hajra is so confident and sure about what she does and doesn’t want. The previous episode covered how Hajra fell in love with Shayan and in this episode the viewers were shown how this love changed her. Hajra lost her will to go on after what happened but now that she has met someone who loves and respects her despite of whatever happened in her past, she has a newfound confidence. Hajra was obviously afraid that her past will define the rest of her life but Shayan’s faith in her changed that altogether. The scenes covering Shayan and Hajra’s relationship were perfect especially after Rehan Chaudhry entered their lives again. Shayan could not talk about Rehan because Hajra doesn’t know that he knows him personally and Hajra did not talk about him either. The conversation Shayan and Hajra had when they were in the university was also quite meaningful and it gave further insight into Shayan’s character. 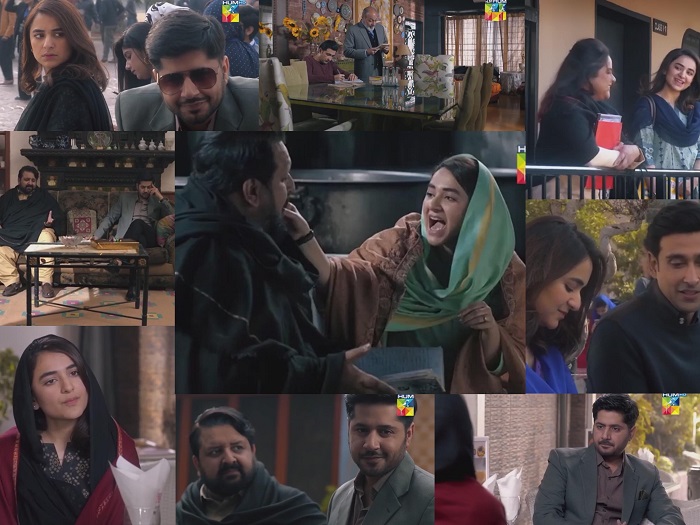 Hajra’s new beginning had not even properly taken off yet when she had to face old demons. The professor once again tried to take advantage of his position and Hajra told him off one more time. The scenes covering their interactions were rather long and these scenes could easily have been chopped down. Hajra’s scenes with Rehan Chaudhry showed clearly that Rehan could not take no for an answer. Even when he pleaded with her, it was evident that he was not actually ‘sorry’. His dialogues about Shayan showed that he knew Shayan well. Did he come back in Hajra’s life right now because he could not accept the fact that she had moved on? Where was Rehan Chaudhry all these months and if he wants Hajra in his life so badly why did he wait this long?

This drama piques your curiosity and keeps your interest alive. Inkaar however has a very ‘old feel’ to it and perhaps giving it a slightly commercial feel would have made it more enticing for some of the viewers. The story however has potential and this episode suggested that Inkaar might have a bigger message too. The performances tonight were on point. Imran Ashraf and Sami Khan have done justice to their respective characters. Yumna Zaidi’s acting particularly has been superb throughout. The preview of the next episode was really enticing. The mystery will finally be solved in the next episode and Hajra’s heart will be broken once again. I am definitely rooting for Hajra and Shayan but will Rehan Chaudhry let them be together? Waiting to find out.