Tonight’s episode of Inkaar covered the final confrontation between Rehan and Hajra. For the past few weeks the writer had been laying down the foundations for what we saw tonight. Although in all these weeks the writer convincingly showed Rehan Chaudhry’s twisted state of mind but even then what happened tonight was shocking. Most of the scenes tonight covered the relationship of all the characters with each other. These scenes also highlighted the difference in the mindset of all these households.

Hajra’s relationship with her father was further explored in this episode. I absolutely loved the scenes covering their bond. The first few scenes covered how things were escalated and as a result Hajra and Shayan had to be married sooner than they had planned to. Hajra’s strong, determined and sensitive nature was also shown through different scenes. The way she was scared of telling her father the truth but was later on very willing to accept whatever punishment her father wanted to give her was the best part of this track. Rehan’s relationship with his mother is very different from the one he has with his step-mother. He respects her mother relatively more and for the first time it seemed like he was actually slightly scared of someone too when his mother confronted him. The scenes covering Shayan and his mother’s interactions explained quite well why he was so different from Rehan.

Rehan has been brought up in an environment in which women are not respected whereas Shayan’s mother continuously tells him to respect Hajra. All the characters in this drama are well defined and easy to connect to which makes Inkaar an engaging play. 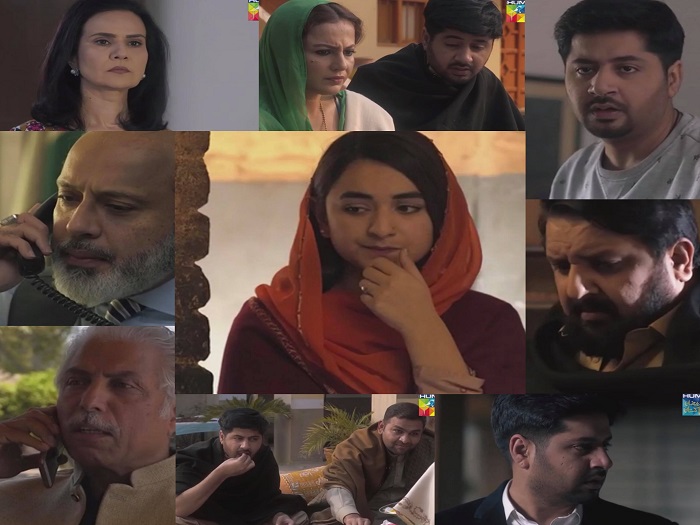 Tonight’s episode reminded me of a recent incident in which a girl was stabbed in Lahore by her class fellow. I still remember the press conference in which the accused man who stabbed her confidently pleaded his case like he had done nothing wrong. Like many other such incidents, in this case too there was a lot of victim blaming even by the man who stabbed the girl. I must say that the writer has done a commendable job of showing why a girl should not be blamed in such situations. Just because Hajra trusted this man for sometime doesn’t mean he owns her. It also most certainly doesn’t mean that she deserved what she got. Most often the argument is that women in some way are partially responsible for all the bad things that happen to them. I understood tonight that the writer through this play has tried to convey some really important messages about consent. No means no but some people like Rehan can never understand that. Even though Hajra clearly told him that she didn’t want anything to do with him, he still told his mother that he was going to marry Hajra.

Yumna Zaidi was the star of the show tonight. She made every single expression and dialogue count. The way Hajra’s friend slept through all that shouting was unbelievable, other than that everything else was shown in a convincing manner. Sami Khan always plays the good guy with a layered personality perfectly well therefore I am pretty sure that he will make the viewers feel for him even more in the upcoming episodes. The scenes covering Hajra and Shayan’s relationship suggested that he was not the kind of person who likes confrontations or who would go out looking for trouble. In the previous few episodes however, we saw a very different side of him. This makes me wonder what his stance will be if Hajra wants to bring Rehan to justice. 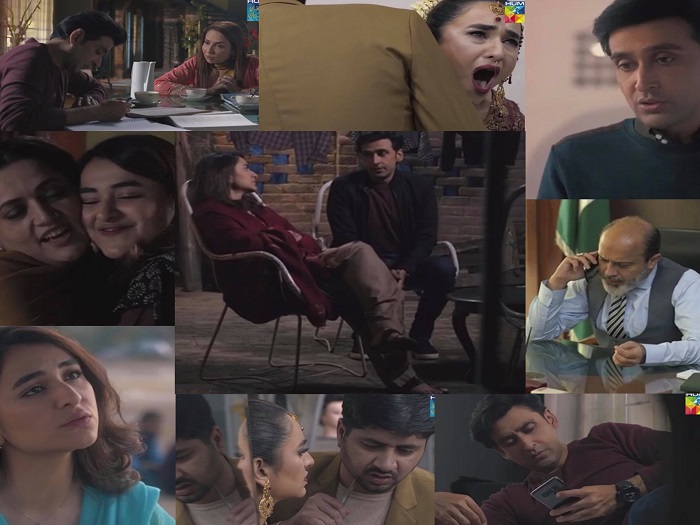 Rehan Sheikh and Noor-ul-Hassan are exceptional actors, really enjoying seeing them in this show in relatively different roles. Waiting to see what Imran Ashraf has in store for us in the future since Rehan’s character is only going to get even more repulsive in the upcoming episodes. The preview of the next episode showed how casually Rehan’s family took the incident and the way Shayan is going to perceive it. It looks like he will blame himself for what happened. I hope that the story does not slow down now and we see a determined Hajra fighting for justice. The story has tons of potential and I hope that the writer makes the most of it.