With ARY or Big Bang plays in particular, you have to be really careful because they don’t take very long to go from good to bad but I am so pleased that fourteen episodes have passed and Ishq Parast doesn’t cease to entertain me. Having said that, I do believe that the latest developments are not as interesting or plausible as the earlier ones.

Since I watched three episodes in a row, I had quite some developments to catch up with. The first half of this play revolved around Dua- her love life, her troubles, her marriage whereas Arsala’s character, despite receiving significant coverage, had little to do with the progress of the story. But the recent turn of events has a lot to do with Arsala because it is through Arsala that Hamza will get back at Dua. I wasn’t too excited about Hamza-Arsala love story to begin with because thanks to the revealing promotional teasers, this track was way too predictable and it really is sad to see Hamza stooping so  low for revenge. He has his whole life ahead of him but the tactics he is resorting to just to satisfy his ego are infuriating- he needs to see a shrink!

Arsala’s contact number, her likes and dislikes- I am still confused as to how Hamza gained access to these things but I choose to ignore that because I guess such kind of loopholes are more or less a part of every other drama. I have to admit that I really wanted to see how Arsala falls for Hamza because since day one, she has been a hard nut to crack :P. It took Hamza’s persistence or dhitai and one emotional speech in the rain to ‘convince’ Arsala. I still believe that they didn’t quite manage to establish what exactly made Arsala fall for Hamza. Also, the ‘role’ Arsala’s khala played in bringing the two close was little difficult to digest considering that she hadn’t even met Hamza but was keen on giving him hints to impress Arsala. I think she couldn’t tolerate her niece any longer and was prettyy desperatee to to marry her off :P. 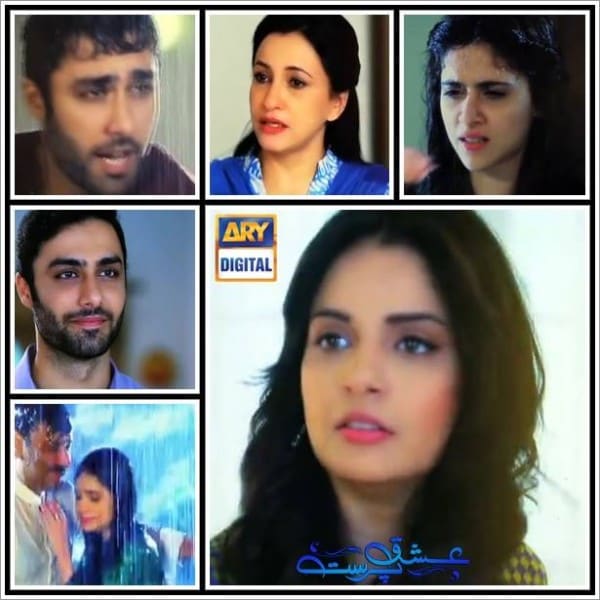 Hamza gained Zohaib’s trust way too easily- there were a few things I was expecting Zohaib to object to. First of all, Hamza’s family background is the sort our society frowns upon and even though it’s extremely decent of Zohaib to not judge Hamza on the basis of his family background, I feel that he should have inquired about Hamza’s past, like Dua said, because that’s something people normally do when they are considering a proposal, right? Secondly, Hamza is jobless and the fact that he left his job of his own free will is also something troubling. Also, Hamza didn’t object to the ghar-damaad condition obviously because that way he’ll be able to torture Dua even more but I don’t know why Zohaib didn’t find Hamza’s willingness to become a ghar-damaad strange because normally a young guy like Hamza would have had an ego issue when it came to this demand. If you ask me, this actually makes me question Zohaib’s judgement- do we honestly trust people this much in Pakistan?

Coming to Arsala and Hamza’s wedding, I just can’t get over how gorgeous Arsala or I should say, Arij Fatyma looked <333. Her dress was absolutely beautiful and I wonder who was she wearing. Also, the makeup and jewellery did complete justice to her overall look. She looked simple and stunning in her Mayun too. Dua too looked ravishing in all of Arsala’s wedding functions and Armeena’s wardrobe has always been impressive.

Dua has all my sympathies because now that things were finally going well for her, Hamza marked his entry to cause trouble in paradise. I like how they reserved a few scenes to show Dua and Zohaib’s growing relationship but they were too few for my liking. I think Dua actually dug a hole for herself by staying silent during the time Zohaib was considering Hamza’s proposal. I know it was difficult for her to muster up the courage to tell Zohaib who Hamza really is but after all this time, she of all people should be well aware of the fact that Zohaib is the last person who’d judge her and if she was afraid that her being honest would have broken Arsala’s heart then I would just like to point out that Arsala is not in ‘love’ with Hamza. Yes, Arsala definitely likes Hamza better than the earlier 56 (seriouslyyy?) larkay that proposed her but from whatever we’ve seen up till now, I didn’t get the I-am-in-love vibe from Arsala and I think if Dua had been honest to Zohaib, he would have refused to Hamza’s proposal and Arsala wouldn’t have been heartbroken by his decision. But now that Arsala and Hamza have tied the knot, I’m afraid it’s too late to disclose the truth and yes, if Dua chooses to be honest now, it would definitely leave Arsala shattered. 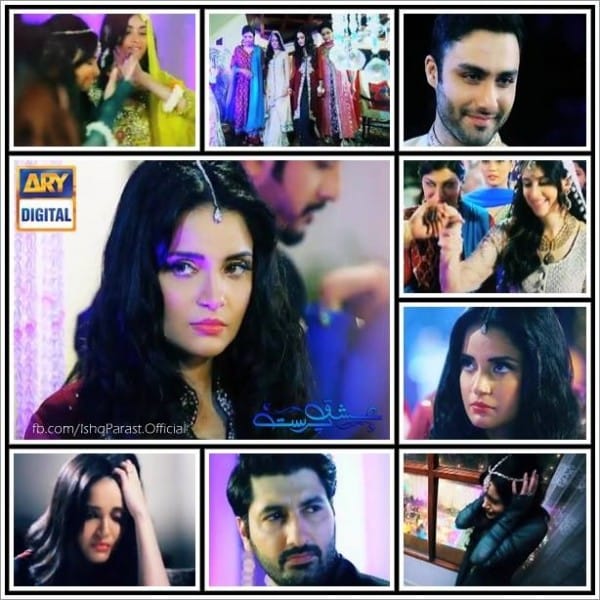 I know I have said this a lot of times but I simply love Asad’s scenes because he is genuinely concerned about Dua and even the actor playing the role is doing a great job. I admire the way he reasons with Hamza and I’m sure if Hamza had told him about his ‘plan’, Asad would have made an effort to stop him from destroying Dua’s life. On a side note, Asad’s disbelief when Hamza broke the news about him getting married was on point!

Hamza’s sense of revenge is twisted beyond belief. He is toying with so many lives right now, not caring about the consequences. Ahmed Ali’s portrayal of a twisted guy with a nothing-to-lose and revenge-on-my-mind approach is so very convincing. Gone are the days I used to sympathize with Hamza!

On a funny note,  Hamza’s reply to Pasha Sahab, ”Mein tou pehlay bhi acha tha” had me in bits!

I have an issue with the coverage given to Dua’s parents because although their conversations sound real, there’s just too much of them in every episode. I am pleased that Dua finally reconciled with her parents because earlier on, I felt that she was being a bit too hard on them. The father-daughter scene was touching and I would have to say: it doesn’t rain in Karachi very often but when it does, it makes our people a little too jazbaati (referring to Arsala-Hamza and Dua-Pasha scenes). It turns out that Pasha Sahab is actually unwell now but he doesn’t want to go for surgery. I fail to see how not getting the surgery done can help his relationship with Dua in any way because how can going against the doctor’s advice make his daughter feel any better?

One look at Dua and you don’t have to be a psychic to guess that she is greatly disturbed by something very serious but it’s odd how Zohaib doesn’t question her sullenness. Even Dua’s mom didn’t find it strange that Dua was overly depressed in the Mayun. People don’t read faces anymore, I suppose!

I have always enjoyed this play because amidst the tense situations, some lighthearted scenes and developments always prove to be very refreshing so my only fear is that the succeeding episodes will have a lot to do with harassment, blackmailing, Hamza’s smirks and Dua’s rona dhona.
Let’s see!

Did you watch the latest installments of Ishq Parast? What do you think of this play? Voice your views!