And that was one pleasant and enjoyable episode of IshqParast. I like this show for the fact that when it starts, you just have to sit back and enjoy it because it doesn’t involve much heavy-duty developments- at least that’s how things are for the time being, baqi ka, you never know :P. There’s just one thing- while watching tonight’s episode, I had to ask myself over and over again: kia larkiyon kay rishtay waqai aisay hotay hain?

I am really enjoying Dua and Hamza’s track. The bond these two share is sweet and cute and I look forward to watching their scenes. Hamza finally flies to Islamabad but he doesn’t have a very good feeling about his decision, probably owing to the fact that while he was just a kid, his father left the country and never returned so that explains why he believes in the ‘out of sight, out of mind’ scenario. ”Jaisay hi do logon k beech faasla ajata hai, teesray ki jagah khudbakhud banjati hai.” I liked the way Dua didn’t allow her emotions to take over during the pre-departure time because had she done that, Hamza would have wavered from his decision to go to Islamabad. And the way she broke down after he left was sweet and relate-able too. I enjoyed Hamza’s friend, Asad’s scenes because it’s actually refreshing to see a friend who’s loyal to his ‘jigar’ in the true sense LOL :P 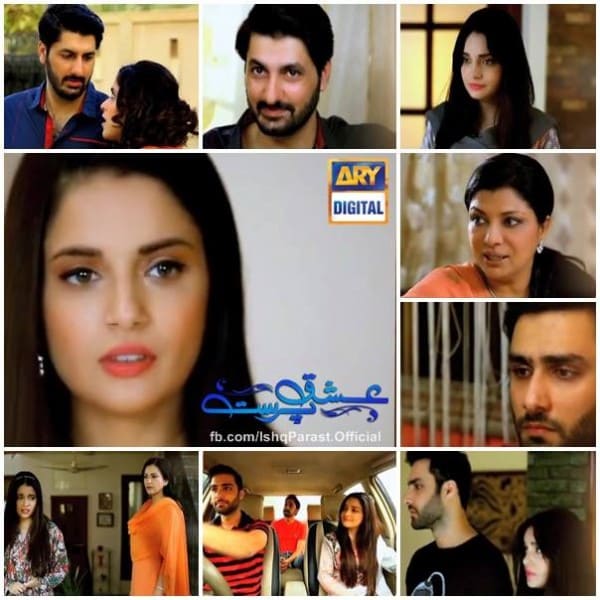 Turns out that Hamza’s departure was actually very unlucky for the duo because Zohaib’s proposal has marked its entry and Dua’s mother is pretty happy with the whole package. Umm, I think these two tracks could’ve entwined in a tad bit realistic manner because call it my lack of exposure to the rishta maamlaat or what, I haven’t really seen parents welcoming a bunch a people who just spotted their daughter in a shopping mall. Pasha (that’s exactly what we’ll be calling Dua’s father) kind of under-reacted when he saw this bin bulayi rishta brigade because given his aggressive nature, I was expecting him to have some doubts about the whole shopping mall scene and a man like him would have thought of something fishy going on between Zohaib & Dua but thankfully, he didn’t and to be honest,his approach towards this proposal makes a lot more sense that that of Dua’s mother. Also, I don’t get why Zohaib’s Khala was so okay with the idea of asking for Dua’s hand just like that and it was only Zohaib who could sense kay their position was very awkward! By the way, Armeena looked stunning when she entered the room and the change in Syed Jibran’s facial expressions & body language was commendable, haha! 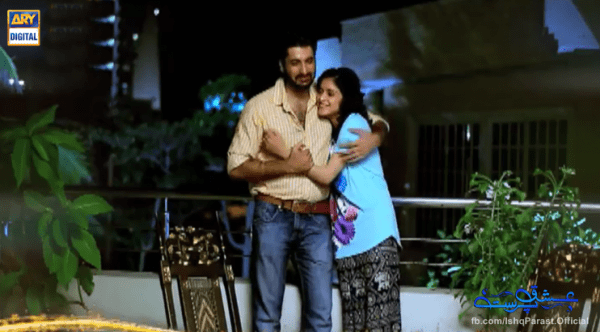 About Arsala’s character, I guess we have no other option but to ignore her occasional OTT-ness. In contrast to the first two episodes, I have to admit that her scenes were a lot more enjoyable & lighthearted in tonight’s episode and Arij Fatyma looks ravishing. Jibran and Arij share great chemistry and the teary-eyed moment the two shared was well-directed.

The circumstances Dua finds herself have ‘been there seen that’ written all over them because we have witnessed it loads of times in our plays how the leading lady is in love with someone else but this picture perfect proposal swoops in and she finds herself trapped between her walid muhtarram ki naak par betha ghussa and the love she has for her aashiq. Dua’s mother is very much satisfied with Zohaib’s proposal and that’s when Dua decides to spill the news about her relationship with Hamza. Dua chooses not to reveal all the facts to Hamza because he is plain impulsive and when he loses his temper, he’s a force to reckon with!

I am actually thinking of writing a letter to Waseem Abbas, just to share a little something about: 101 reasons why anger can be disastrous for a) your personal health b) the mental health of those around you! Seriously, some of the taunting dialogues today could’ve easily been excluded and please do sympathize with me- I have tolerated him all the way through Main Bushra too! :'(

What are your thoughts on tonight’s episode? Are you enjoying this play?