I love the way this play has been directed- each scene manages to capture your attention and each track receives the right amount of screen time. It’s safe to say that Ishq Parast offers some decent entertainment every Thursday :)

The moment Pasha Sahib makes an appearance, you can bid farewell to all the happy & hopeful thoughts inhabiting your mind because he will only announce how terribly unfair life is: garmi kitni shadeed hai, mehngai kitni barh gayi hai and of course, kelay saray sarr chuke hain! Tremendously impressed by Zohaib’s reputation, Pasha deems him perfect for his daughter. Dua, on the other hand, remains persistent but I really feel that she should have taken Hamza into confidence by now because the fact that she has to deal with this situation all by herself is quite troubling. I was expecting a much harsher reaction when Dua spilled the beans about her relationship with Hamza in front of Pasha but to my surprise, Pasha at least ‘listened’ to what Dua had to say about Hamza.

I like how they have shed light on the plight of people coming from broken families because as unfair as it is, our society doesn’t think twice before judging such people and Pasha’s mindset is no different- according to him, Hamza will never stay faithful to Dua, owing to the fact that his parents parted ways. The way he sees it, Hamza doesn’t belong to a ‘respectable’ family background and he is financially struggling too, whereas Zohaib is quite well-off and his family background hasn’t given Pasha anything to complain about. The stark contrast between the two proposals doesn’t allow Pasha to consider Hamza’s proposal but Zohaib has earned his nod of approval. 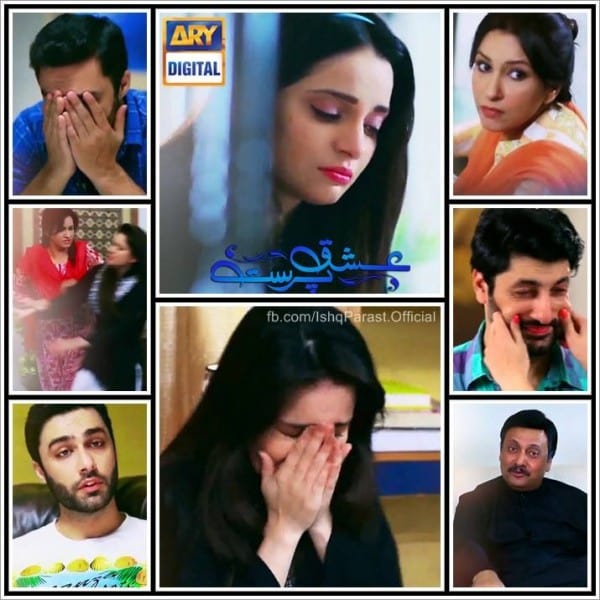 Zohaib is a true gentleman but I still don’t want him and Dua to end up together because I really feel for Hamza- his relationship with Dua has been the only solid relationship he’s ever had and I’d hate to see him suffer another heartbreak. Plus, Zohaib is such a nice human being that I don’t want him to get married to a girl who loves someone else. Khair, I am not giving myself false hopes because whether we like it or not, Zohaib and Dua are gonna get married :/.

Since Dua’s cell phone is with her father and she’s no longer allowed to leave her house, it looks like Dua won’t be able to contact Hamza but if they show Dua getting married to Zohaib, with Hamza totally oblivious of these developments, it would be a huge plot hole because we all know that Dua has a laptop and this sort of communication gap and that too at such desperate times will look forced and illogical.

I enjoy watching Hamza and Kashif’s brief conversations because I find their dialogues very natural. We are constantly reminded of Hamza’s ‘ishq’ and impulsiveness because that would have a lot to do in shaping the future events. 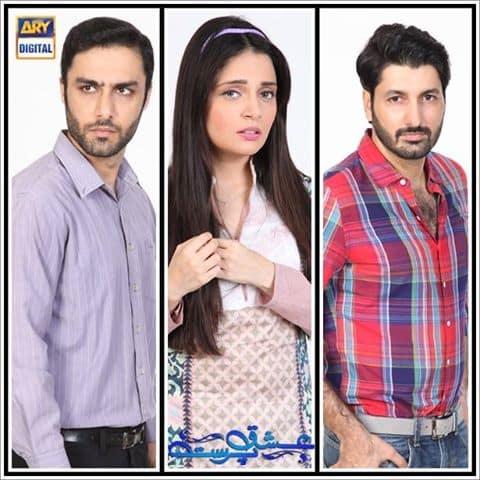 I like how the serious and tense scenes concerning Pasha’s household are balanced with Arsala’s cheerful & lighthearted scenes so it never gets really boring. I like Khala’s bonding with her niece and nephew but to tell you the truth, I would have been more than pleased to see some other actress playing Khala’s role because I have seen Shaheen Khan in both Chup Raho and Khata and don’t get me wrong but this lady needs to fix her dialogue delivery ASAP!

By the way, I lovedd Arsala’s mimicry of the rishta scene, haha! Seriously, Zohaib was so fidgety and I say it over and over again that Syed Jibran is a phenomenal actor- not even a single scene of his reminds of the Jibran we saw in Chup Raho and that’s when you say- his work speaks for itself!

Are you enjoying Ishq Parast? What do you think of this episode? Share your thoughts with us!