Mirha has only been a ping pong ball in Ishq Tamasha. She has been thrown in every direction since the start and now she has ended up back where she started. Yes, at the same evil Chachi Jaan’s house. Mirha’s character is so all over the place.  I am still not able to decipher whether she has fallen in love with Mehrab or does she still like Wahaj? She wants to be independent yet her life depends on making breakfast for her kidnapper. But Mehrab finally kept his word and transported her back to Aqeela’s house.

Rushna has become second Naima. She is a character with not a single ounce of virtue in her. She just keeps plotting against everyone and the way she asks Maine Kya Kiya is the drama form of Mujhe Kyun Nikala! A girl who has such a high quotient of intelligence that she manipulates every situation to her gain should have common sense too. She should know what she is doing. Her whole allegation fiasco against Mirha combined with her AHSANAT was too annoying to tolerate. She, a girl who married the brother of the boy she had an affair with was judging Mirha. It was nothing short of a Wah SubhanAllah moment! 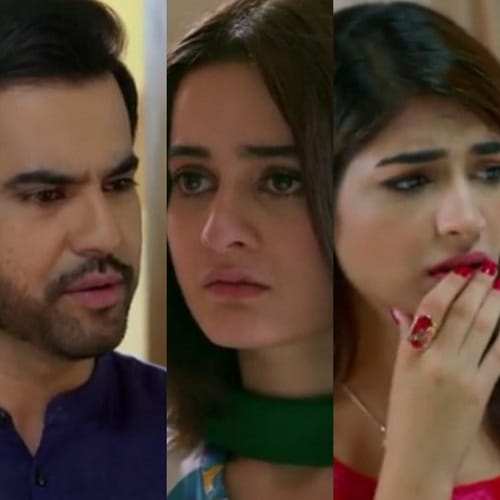 Mehrab is not mature but an extremely impulsive person. He kidnapped Mirha then went back to get Rishta for Arham and finally ended up marrying Rushna. He is not really putting much effort to make Rushna’s life hell either. He did succeed in sending Mirha back but on what cost? She will never be respected again. She was disgraced everywhere as an eloped woman. Now sending her back will rectify everything? And how useless Wahaj is. He is simply okay with Mirha now, though he never believed her before. And what are they going to show us now? Mehrab falling for Rushna? Mirha marrying Wahaj, a guy who could not even trust her?

Palwasha’s track is another headache. The girl is too young for this plot. She is too young that one cannot make himself/herself okay with the idea of her and Ghufran together.

What are your thoughts on Rushna’s non-plighty plight? Share in comments!