Ohkay so, this episode of Ishq Zahe Naseeb finally took the story to the point which was shown in the upcoming promos of the drama. At this point, I am just keen to see how it is going to end. This episode was good in bits & pieces, but then this has been the pattern that the last probably 10 episodes of this drama has had. It is Zahid Ahmed who breathes life into almost every single episode & makes it work. If it wasn’t for his brilliant acting, I am sure this drama would’ve lost a lot of viewership when they started dragging it. As much as I was looking forward to the prison scene, when it actually happened, I was left wondering about the impact it would have made if they had kept the pace of the drama steady & this scene was shown at the right time.

Sameer ended up giving Sabeeha everything that she wanted. Sabeeha tried to once again play the victim card but Sameer let her know clearly that it was not going to work anymore. It is unfortunate that Sameer learnt all about his mother the day he lost her. Sameer’s character has been written to perfection, it showed that the person who was already struggling so much psychologically was pushed to the limit where he lost control & actually felt he couldn’t take it anymore. Sameer’s entire life has been a lie, traumatic childhood & then the lies that he was brain-fed about his mother, someone who a child loves irrespective of their shortcomings. To be honest, it does make me wonder why didn’t Akbar tell Sameer anything before? It is safe to assume that Akbar started working in Sameer Villas years ago, therefore what took him so long? Why couldn’t Akbar create such a scenario like by giving Sameer hints which would’ve finally lead him to Surraya, so that he could tell him the truth? I know the writer wanted it to be this way but then again, we all are free to ask questions. 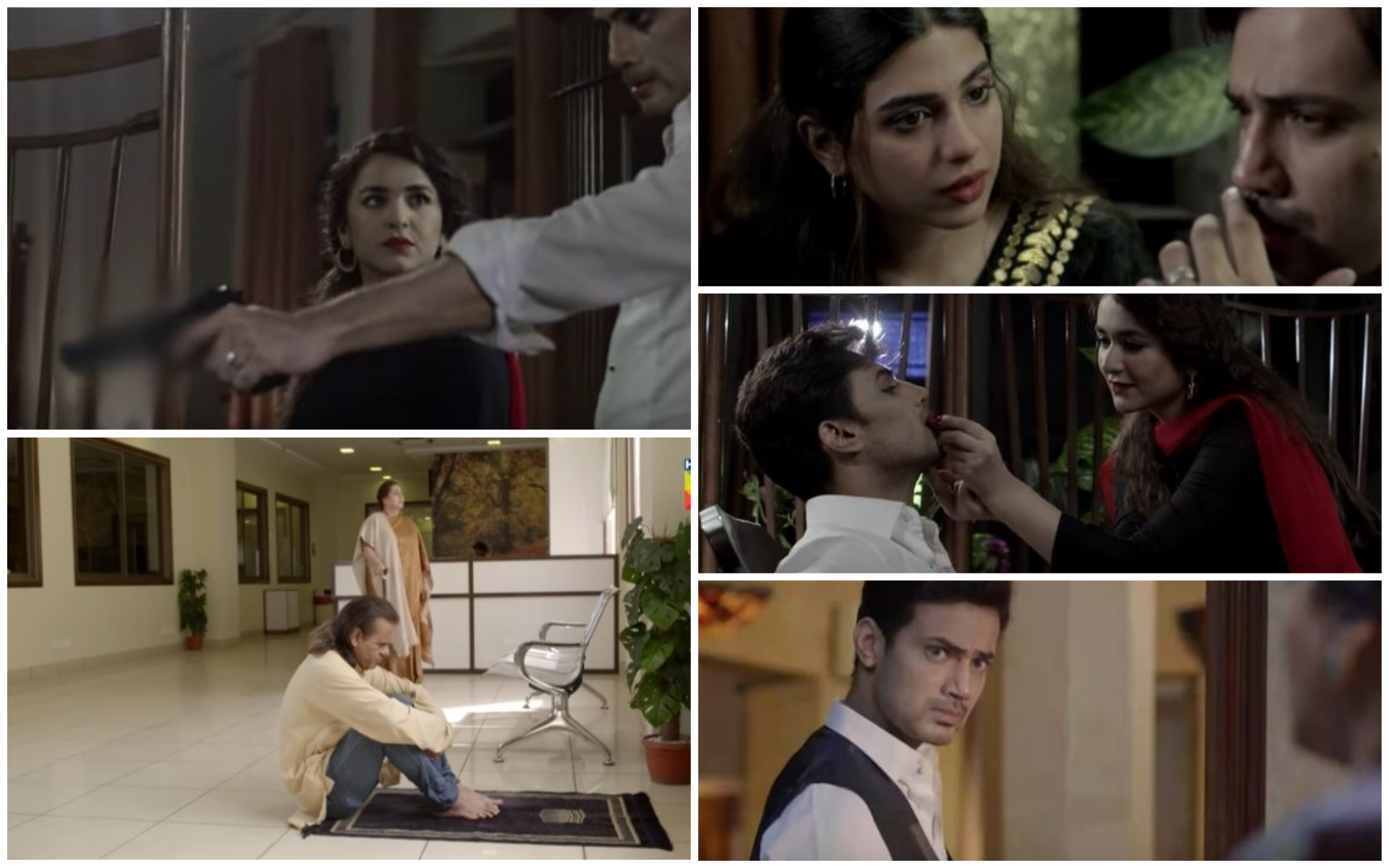 Anyhow, Sameer decided to walk away but then Sabeeha tried to tell him that she raised him as a mother. I think that was the right moment for her to explain herself. Sameer would’ve obviously not bought what she’d have said at that point but she should have spoken to him. She even decided to stay in her room after she learnt that Surraya died & Sameer told he was going where his mother was, clearly depicting that he was contemplating suicide! I am not sure why everyone’s sabun is so slow in this drama. Not that Zahid Ahmed has not acted brilliantly in this entire episode, but the walk on the staircase after Sameer tells Sabeeha that he is going to be with his mother showed the clarity in his thoughts for once – that particular moment was brilliantly acted out by Zahid Ahmed. Hats off!

Well well well, talking about Gauhar – as much as I liked her character & to some point still do, also as much as I loved the interaction that Sameer & Gauhar had as a married couple, I hate to see her character being treated as an afterthought. The way her track singlehandedly has been written & carried out in these last few episodes makes her look unconvincing & unrealistic. She left by writing a letter & all of a sudden in this episode, she was back & ready to behave as Sameer’s wife more than ever. It made it look like she didn’t leave in the first place? Also, when Sameer showed her the pictures, the Gauhar that we know would’ve immediately spoken to her husband to clarify, rather she let him be, knowing the kind of trauma he was going through because it clearly showed in his behavior & demeanor but she chose to give him the space he shouldn’t have been given. She took her sweet time, changed her clothes & came back to sleep peacefully ignoring completely that she had to clarify her position. The writer gave us a strong character in the form of Gauhar but it is sad how the continuity issues & poor execution has compromised on it & now her character is failing to leave an impression that it used to in the beginning. I must say in the middle of the chaos, going out of the house & then coming back, Gauhar definitely must’ve spent a good amount of time in the nail salon because her pink & golden manicure was a bit too eye-catching!

The Highlight of This Episode

Sameer decided that the only way he could deal with this entire situation was to end his life. This entire scenario was heart-wrenching & once again, the credit solely goes to Zahid Ahmed for conveying Sameer’s feelings & emotions phenomenally, with so much precision & perfection. I wouldn’t give the director any credit because this time around, it was Zahid Ahmed who did the heavy lifting & showed how much he had imbibed the character of Sameer as well as Sameera that he effortlessly portrayed everything that was running through his mind in that scene. It was unfortunate that Sameer pulled the trigger but based on a misunderstanding, clouded by her hatred for Gauhar, Sabeeha decided to hold her responsible for what happened & accused her. What could’ve been the most intriguing part ended up becoming predictable because the viewers already knew that Gauhar will go to jail & rescued by Kashif.

I definitely ruled out Sameer’s death. I am sure the lawaris janaza that has been spoken about in the preview of the next episode would be of Sabeeha. She already seemed too guilt-stricken that it was affecting her mental health. She has no one by her side, no offspring of her own, no family, absolutely no one, so may be she will pass away or end her own life. I am hoping for a happy ending for Gauhar & Sameer though. I think the viewers who have invested so much time in this drama deserve that at least, plus it will impart a good message that those who have psychological issues can always fight & find ways to not only deal with, but also bounce back from their issues.

This episode hands down belonged to Zahid Ahmed. The episode overall was poorly executed & had a lot of issues. It was also amusing that when Gauhar was being dragged by the police, they chose to play the romantic version of the OST, the same song which they used to show Donia dreaming about Kashif & dancing her heart out with him. Not feeling much for Gauhar or even Sabeeha. Totally felt for Sameer. Also, the entire sermon Bushra gave to Saleem also didn’t make much of a difference. I don’t think after seeing Saleem being a vulture for 29 episodes, he will redeem himself in the last episode by doing anything anyways. So looking forward to this drama’s end. Please share your thoughts about this episode of Ishq Zahe Naseeb.