Ohkay so, in this episode of Kashf, the entire focus was on how Imtiyaz was coming up with one plan after another to expand this family business. This was yet another well-directed episode of Kashf. The story however is not making a lot of progress & as much as the drama overall is very engaging, as a viewer I have to fish out for the developments to discuss because they’re very few in each episode. I guess by this time, the viewers should get used to this kind of pace because it seems only a few scenarios will unfold in every single episode with the story mainly revolving around Imtiyaz & Kashf’s equation.

At the beginning of this episode, the light was shed on how far Imtiyaz was ready to go to control Kashf. All the nice things he says to her every now & then basically have no meaning because his actions & behavior repeatedly contradict the act that he puts up of being that courteous & considerate father to her. Unfortunately, he doesn’t mind resorting to such extremes & sadly, no one dares to oppose him.

In this episode, I was pleasantly surprised when Kashf took a stand for herself. Honestly speaking, when I saw Imtiyaz locking her up in the room, I was wondering how long she was going to put up with this kind of treatment but I am glad they decided to show that Kashf very well knew how to take charge of the situation. Although she knows there’s not much that she can do but at least she has started to set some limits because she is aware of the fact that her father is going to abide by all the rules for his selfish reasons. Kashf will get to exercise some authority as far as she does everything that does not get in the way of her father’s bigger plans such as earning a lot of money.

The recurring dreams that Kashf sees about Wajdan & Zoya’s wedding are becoming a little repetitive. Although I do understand that they are recurring & this is exactly what has been shown but I was relieved after watching the promo of the next episode because it seems Kashf is finally going to do something about it to get done with this chapter in her. She has invested a lot of time & knows that nothing’s going to happen, therefore it is wise of her to plan things in such a way that will eventually make her dream come true & that will also serve as a closure for her, which she needs. 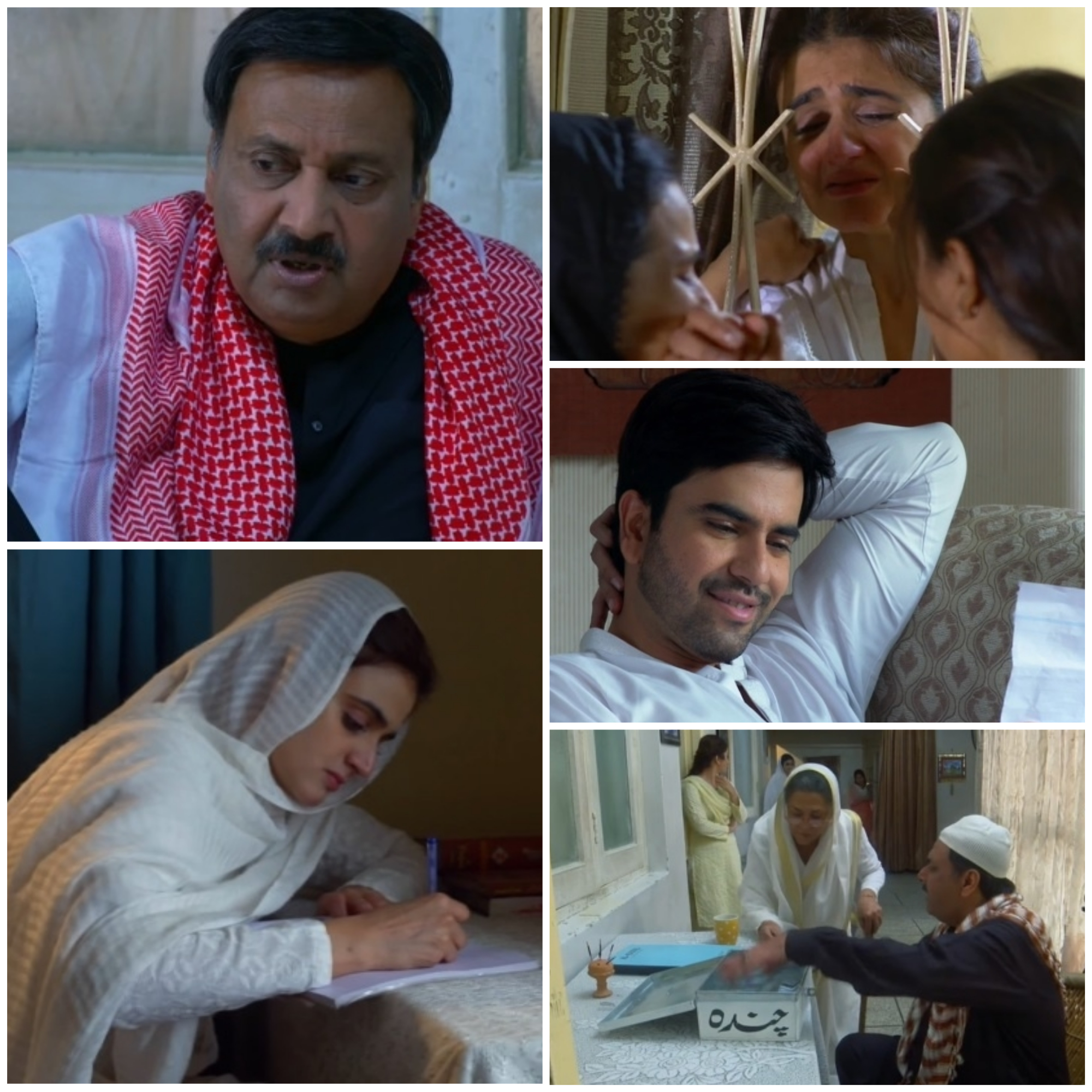 The word has spread & this is why people have started to approach Kashf. The entire situation where a male wanted to see Kashf was very interesting especially because she used it to her advantage. I loved seeing how Kashf convinced her father to give the money earned by ladies to her mother & keep the amount given by gents who’d come to see her. This goes to show that Kashf wants to do much more for Dilshad than for Imtiyaz because he will never let go of the money that he will continue to make if Kashf will not put her foot down. Appointing Wajdan was also a good idea because this way she will ensure that he doesn’t do anything irrational & stays engaged with the Asthana. Kashf still has a lot more faith & confidence in Wajdan than she has in her own father, it is unfortunate but convincingly shown how parents often turn a blind eye to the feelings of their children & mistake their silence out of respect as their weakness.

There were a lot such moments which were so meaningful in this episode – like the one where Kashf wanted to appoint Wajdan & told her father that she wanted someone who’d keep a check on who comes in to see her. Imtiyaz obviously couldn’t understand what she meant but it showed that Kashf exactly knows how her father will not put much thought to it if anyone will promise him a handsome amount. The letter Kashf wrote to Wajdan was also really nice & his reaction to it was really cute, he didn’t quite understand where she was coming from but at least he decided to keep her promise. I must also add, the relationship Wajdan & Shumaila share is refreshing too, they support each other & the light-hearted moments they share truly represent a healthy sibling relationship.

I will say I am a little disappointed with Ashi at this stage of the story because all she does is just observe & stay silent to the unjust behavior of Imtiyaz, that too after it has been shown what she is capable of & how she really can come up with different solutions. If she doesn’t want to meddle in the affair of Asthana, that’s perfectly fine but the entire situation where Imtiyaz locked Kashf in the room, I thought she’d be the one to take a stand for Kashf & give Imtiyaz a much-needed reality check. I really hope in the future episodes, we do get to see her doing something than just being a silent spectator.

Overall, this episode of Kashf was an interesting watch like all the previous episodes have been but I guess there’s a little slump in the progress of the story but it doesn’t take away the fact that it still keeps my interest as a viewer alive. All the dream sequences are intelligently executed & make up the most interesting part of every episode. I will, however, say that I want Zoya & Wajdan to get married so that those recurring dreams stop & Kashf moves on – however the rest of the dreams she sees which include Wajdan do hint that despite his marriage, he will stick around & Kashf will still be attached to him emotionally. Waseem Abbas, Hira Mani & Junaid Khan are making Kashf what it is coupled with the brilliant direction of Danish Nawaz. Please share your thoughts about this episode of Kashf.