Ohkay so, the past couple of episodes despite being interesting to have slowed down the pace of the drama & the progress in the story. However, the overall execution & the shifts in the characters are very much able to hold my interest as a viewer. This episode focused on how hard Kashf was trying to help her sister but unfortunately, she can’t do much because Irum is not ready to understand her point of view.

In this episode, what I really liked was the authoritativeness that Kashf displayed. She finally knows she is at that stage where she can make decisions, although she understands that not everything she says will be agreed upon but she feels that’s the least she can do if that means saving her sister’s life from getting ruined. Kashf’s helplessness is what makes me feel for her a lot because she has the best interests of her entire family but unfortunately for them, she is just a breadwinner & nothing else. This was elaborated when Irum casually spoke about how much Kashf has done for them but that didn’t mean they all were going to allow her to make decisions on their behalf.

Imtiyaz has everything under control. It is always interesting to the rivalry between him & Matiullah, it perfectly showcases how different forces start working against you when you start becoming successful. Matiullah has been on Imtiyaz’s case ever since he has opened up the Asthana, obviously, it has a lot to do with the financial crunch that Matiullah is faced with but it has more to do with his bruised ego. Just a few months ago Matiullah used to treat Imtiyaz as a nobody & never in a million years he imagined that a good-for-nothing Imtiyaz will end up giving him a run for his money. It is unfortunate that in this rivalry, Matiullah has decided to destroy the lives of Ashi & Irum – which is something Imtiyaz does not deserve whatsoever. Matiullah is a coward in a literal sense who derives pleasure by oppressing the weak & vulnerable. When he was married to Ashi, he treated her as a doormat & now when she is finally free, he is once again doing what it takes to make sure she never finds happiness again. In this case, Aqmal & Babar are equally responsible but sadly, they are a depiction of those people who’d do anything to make some money. 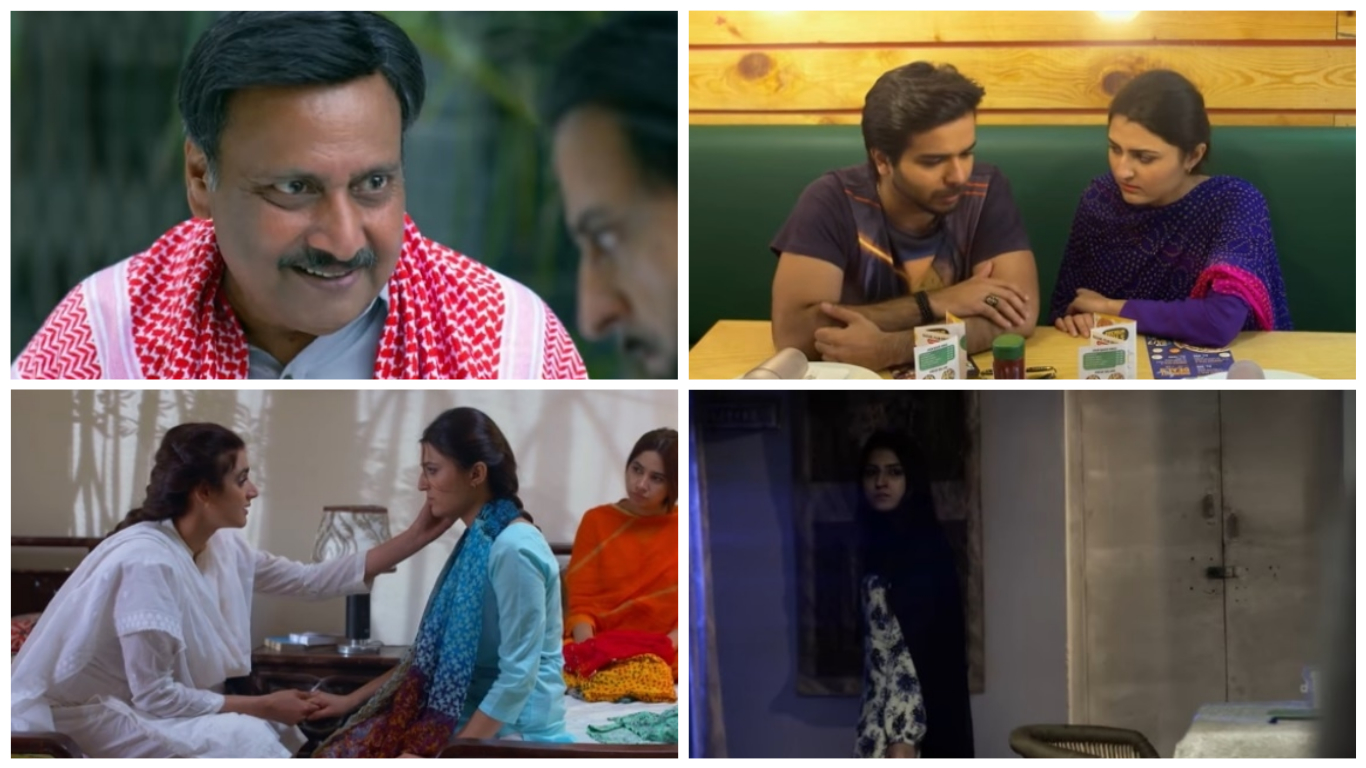 Kashf’s life has not been easy & now even more because she is faced with new challenges every day. Kashf would’ve never thought that her own sister would turn against her. Kashf never had any expectations from Zoya because she had already shown that Kashf meant nothing to her. This is another reason why Kashf feels hurt & betrayed because she can not deal with the fact that Irum has started doubting her intentions. Irum & Ashi are a representation of those females who find it very easy to trust men they love. I must commend the writer for showing two females from different age groups because actually when deception men come into the picture, your age doesn’t matter. Anyone would expect Ashi to be a bit more mature because she has already been through an abusive & failed marriage but seeing her easily falling for Aqmal goes to show how desperately she wants to settle down & have a life of her own. Irum is just being hopelessly stupid. Despite the constant warnings, she is ready to turn a blind eye because she wants to challenge her fate as well as all that Kashf says. 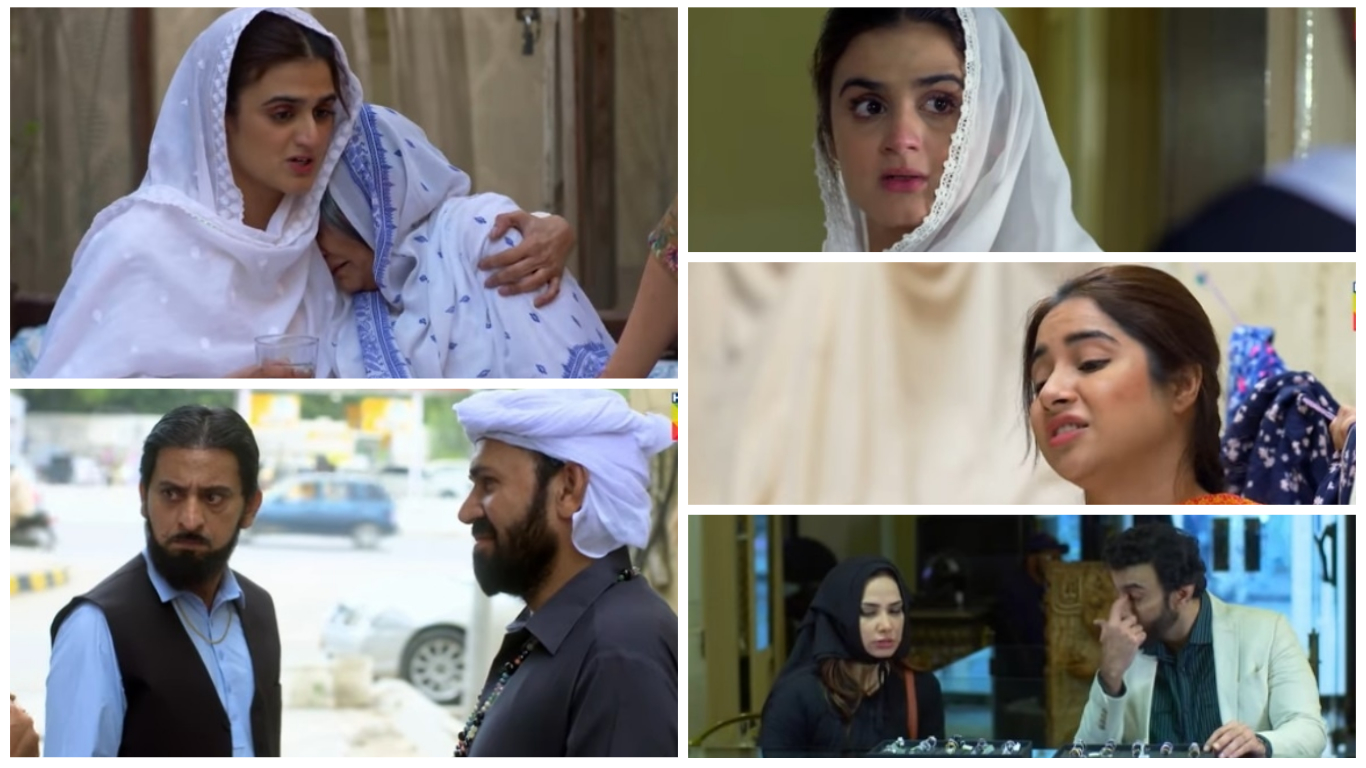 Imtiyaz continued to remind Kashf of what she was supposed to do if she wanted to see her sister getting married. I think this change in Kashf’s attitude has definitely been the best aspect of her journey so far where she has started speaking up to her father who continues to exploit her. Once again, all that Kashf’s doing is not for herself but for her sister but sadly, they don’t really understand. I really look forward to the time when Kashf will eventually speak up for herself too. Props to the writer for showing that despite accepting this as her fate, Kashf has still not lost her voice & her opinion. She very much understands her responsibilities, this is why she doesn’t shy away from stating them every chance she gets because she knows people around her often forget to distinguish between right & wrong. Imtiyaz thinks he gets to control Kashf but as the days are passing by, she is letting him know that he can not get away with whatever he wants!

The story in the past couple of episodes has not progressed, probably because the focus has been on Irum & Ashi but the overall execution still makes it very interesting. There’s no denying the fact that these days Kashf’s is definitely one of the must-watch dramas. The director definitely deserves full points for keeping it so precise & to the point. Honestly speaking, as the episode began I thought it would be dedicated to Fayyaz’s death & the mourning period in all its entirety but I was pleasantly surprised how just a couple of scenes were dedicated to his family to show that they were emotionally shattered & then the focus shifted on Kashf’s family. This actually shows how the writer as well as the director have had a vision where they didn’t want to spend a lot of time on the scenarios which could be dealt with in a couple of scenes.

Waseem Abbas definitely made this episode a lot more entertaining. It also had some very meaningful conversations to its credit, especially the ones between Irum & Kashf. I really liked the scene where Kashf consoled Daadi, the way her own voice got heavier went to show that she too got emotional seeing Daadi in that emotional state – that was some brilliant & realistic acting done by Hira Mani. I feel in those scenes where Hira is trying to sound authoritative, she loses the touch of Kashf’s character despite trying very hard to hold onto. I think because this is a new shift in her character, it will definitely require some time getting used to it – felt the same in the previous episode in just one scene but in this episode, it was quite evident. Having said that, it definitely does not take away from the fact that Hira Mani definitely has carried the drama on her shoulders & has given such a performance which is going to leave a long-lasting impression on everyone. I must commend the writer once again for using a ‘fantasy’ genre & giving it such a realistic treatment. Please share your thoughts about this episode of Kashf.